Accessibility links
See A Video For Daniel Norgren's 'The Flow,' Inspired By Beautiful Soundscapes : All Songs Considered The soundscapes of water flowing under the wooden floor of an old flour mill in Sweden inspired Daniel Norgren to record "The Flow."

I first encountered Daniel Norgren in the woods of Happy Valley, Ore. The Swedish musician was playing a magical, wooded stage at the Pickathon music festival on Pendarvis Farm outside of Portland in 2016. So it seems fitting that he sent me "The Flow" — a song inspired by landscape and soundscapes — as the lead-off track to his first international release, Wooh Dang. 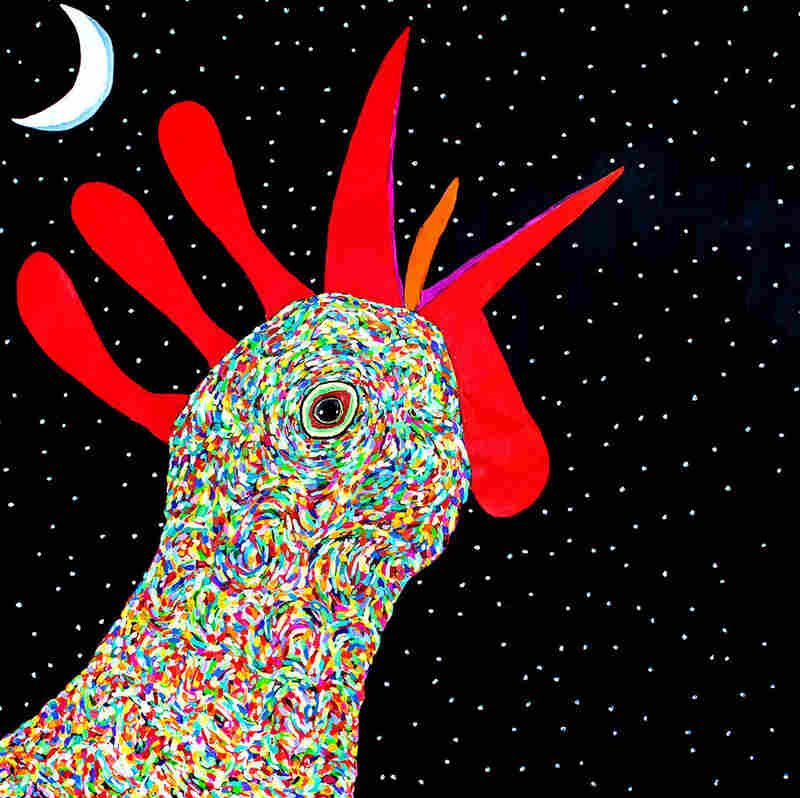 For this video to accompany the song, he took his gear and went out looking for a good spot to gather natural sounds. "I often return to an old, abandoned flour mill in the woods, not far from where I live," he told me in an email. "And I've recorded that wooden floor in there so many times. The mill water rushes right underneath, and the hiss tone changes a lot depending on the daily water level. Sometimes I bring a camera or a phone. I made the video for 'The Flow' mainly out of these clips."

This ethereal and entrancing tune was recorded in the fall of 2018 in a single room in what Norgren describes as a 19th-century textile farmhouse in the woods not far from his home in southwest Sweden. "The interior looked [as if] it hadn't been touched for the past 80 years," he says. "The house was huge, full of good, inspiring mustiness, creaking wooden floors, scary old portrait paintings on the walls, and an old, black German piano which I used in all the songs." The music was recorded on an analog 16-track tape machine with Daniel's old friends Anders Grahn on bass, Erik Berntsson playing drums and Andreas Filipsson on banjo and guitar.