Accessibility links
Tiny Tech Tips: Why You Need Earplugs At Concerts : All Songs Considered It may be the last thing on your mind when you're seeing an artist, but sound pressure levels at a live show can seriously impact long-term hearing. Tiny Desk engineer Josh Rogosin is here to help. 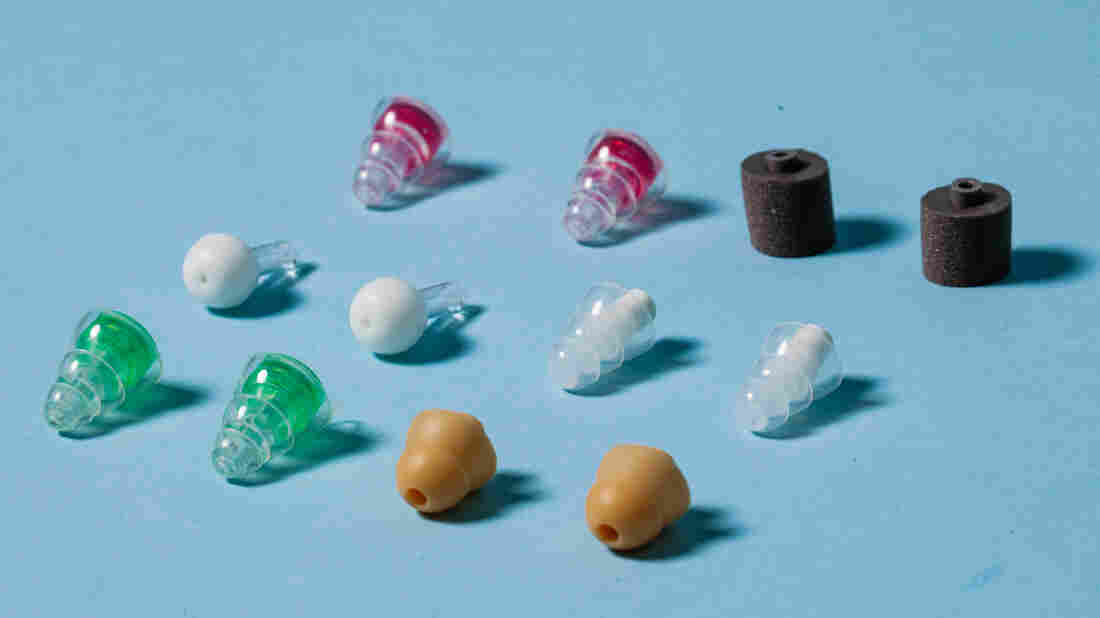 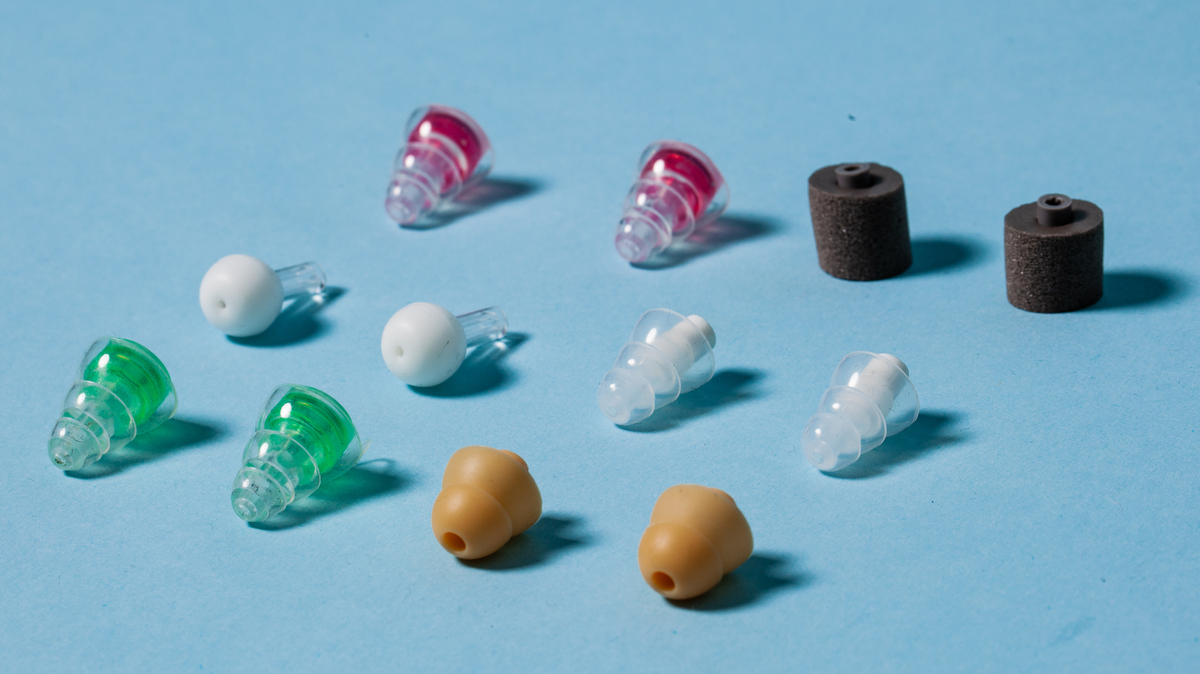 One of Bob Boilen's requests at the Tiny Desk is that no musician play louder than the singers can project without amplification, which has the effect of equalizing audience and performers, creating an intimate and balanced sound that's never too loud in the room. But when sound engineers need to reinforce venues bigger than an office, it's impossible to balance the sound in every area of the room. If you prefer to be close to the stage, you'll inevitably be a lot closer to the loudspeakers, where volume levels can become uncomfortably loud.

Hearing loss is extremely common, especially as we age. According to the National Institute on Deafness and Other Communication Disorders, prolonged exposure to loud sounds can damage cells in the inner ear and cause noise-induced hearing loss (NIHL). It can cause tinnitus, or a perceived ringing in the ears. Anything above 85 decibels (the sound of heavy city traffic) has the potential to damage your hearing — and most live concerts clock in at 100 decibels or so towards the back of the space, often where the audio console is set up. If you like to be closer to the action, it only gets louder — where you'll also find all of those fans screaming at the top of their lungs directly into your ear. So yeah, it's time.

I've compiled a list of my favorite earplugs which are specifically engineered for music. Unlike the brightly colored, disposable foam earplugs you find in bulk at the drugstore or behind the bar of the venue, these reusable options turn down frequencies more evenly. The result is that, rather than blocking out all sound indiscriminately, they use filters with a nearly flat frequency response, which has the effect of turning down a volume dial rather than muting the audio entirely. They come at a price, but are well worth the cost of hearing the music as intended without sacrificing your long-term health.

LiveMus!c HearSafe earplugs are offered in two sizes: standard, and large for those with bigger ear canals. What sets them apart is that they ship with two pair with varying noise reduction ratings (NRR), 29 and 23 dB. Either would lower the volume of a loud show to well within the safe range of 85 dB or lower. They claim the highest rate of sound reduction of those I reviewed, so if you like being up close or having more protection, they're the best option. They also come with a cylindrical, screw-on keychain for carrying. The standard size ships with a detachable neck cord to connect the two buds, which I hung around my neck during quieter songs, and which comes in handy when pulling them out as well. I loved being able to lend the second set to a pal or having a replacement for a lost earplug, albeit at different reduction levels.

The high-fidelity earplugs from EarPeace also ship with a key-chain style case, but have a hidden screw-on chamber at the bottom with a spare earplug in case you lose one. When I went to see Mitski with All Things Considered host Ailsa Chang, I lent the spare to her — she was very grateful that her ear closest to the subwoofer was afforded some relief. They also have a petite-sized option for those with smaller ear canals. What makes them more customizable than other options is the inclusion of swappable filter sets at 11 dB, 14 dB, and 19 dB noise reduction ratings. A loud show at 104 dB could be dialed down to the safer equivalent to sound of heavy traffic, about 85 dB, with the strongest filter, for example.

Etymotic is best known for making great in-ear sound isolating headphones. Their "true-to-the-ear" high-fidelity earplugs come in standard and large sizes. One standout feature is the stiff and substantial pull-tap, making them easy to fish out once they've been jammed in at a loud show. They come with a no-frills, squeezable keychain pouch and neck cord and have an NRR rating of about 14 dB. Not the strongest reduction of the bunch, but suitable and comfortable, as long as you're not right next to a loudspeaker.

What distinguishes the Vibes from the rest of the pack is the inclusion of three different attachments to achieve just the right fit. I opted for the large size, for a better seal in the ear. They're rated to turn down the volume at a concert by about 15 dB NNR and are easy to remove due to a long stem. I liked them best for comfort (four-hour Springsteen set anyone?), but felt I would inevitably lose one with no included neck cord and the small, no-keychain carrying case. The 15 dB reduction is just enough to adjust the volume of a loud show into the safe range.

At the end of my admittedly unscientific research, I really liked using all four sets of earplugs — you can't go wrong with any of them. But the Vibes are the first ones I reach for, due to their fit. Choosing any of these options beats the alternative of not protecting your hearing at all, or jamming anything you can find (napkins!) in your ears, blocking out all sound indiscriminately. It really doesn't matter which earplugs you choose — what matters is recognizing when it's too loud, and doing something about it. Chances are that if you're uncomfortable, it's too loud; if you can't hear your friend who's screaming to talk to you during a show, it's too loud; if fans are screaming at blood curdling volumes two inches away from your ear... okay, you get it. Do your future-self a favor and spend $20 on some high fidelity reusable earplugs. Right after you buy tickets to your next concert.