Accessibility links
Tiny Desk Contest Entries We Can't Stop Watching This Week : All Songs Considered While you're working on your last-minute Contest entry (the deadline is this Sunday, April 14), check out these videos below to see what's caught our attention lately. 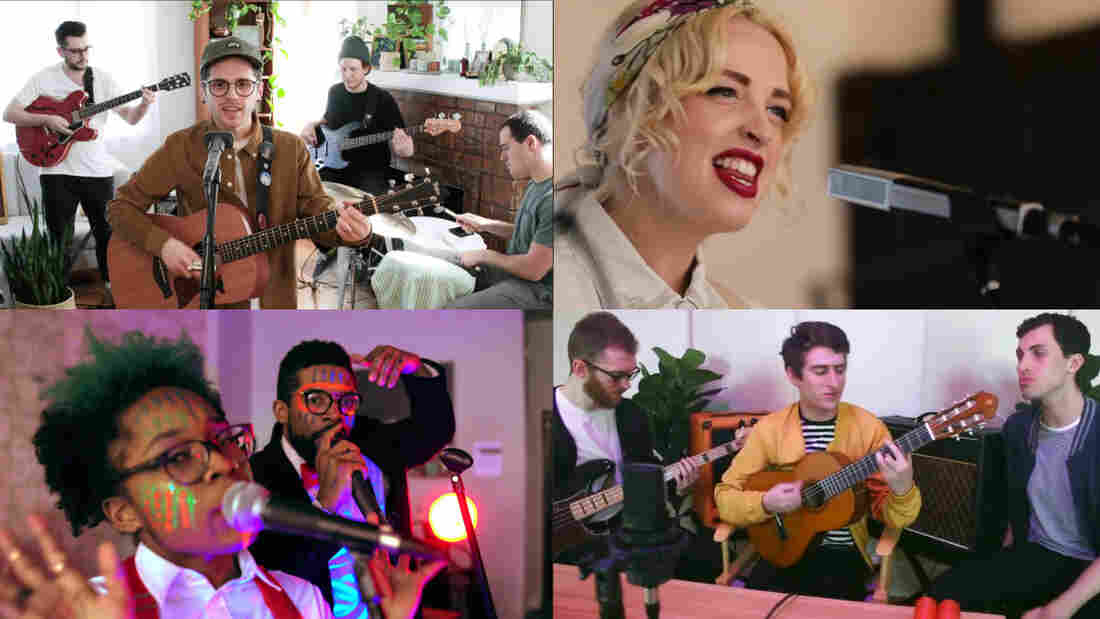 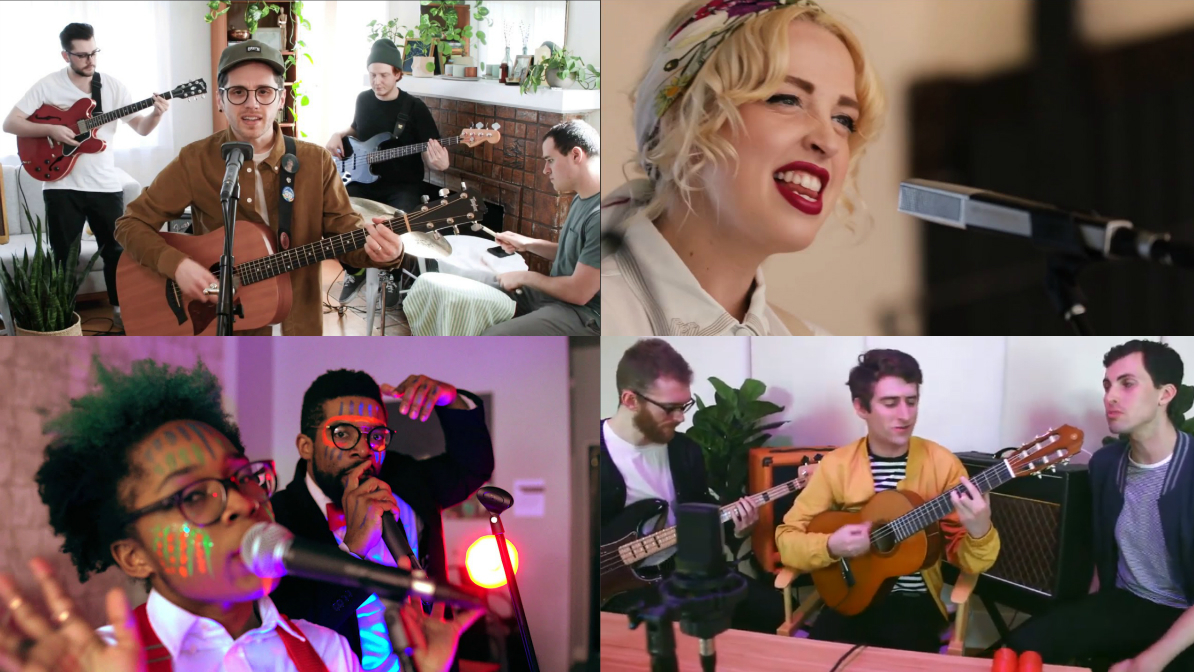 The deadline to send us your video for the 2019 Tiny Desk Contest is quickly approaching: You have until this Sunday, April 14, 11:59 p.m. EDT. If you need some inspiration for your entry, you can now check out every eligible entry we've seen so far on the Tiny Desk Contest website. And while you're working on your last-minute entry, (fine by us!) check out these videos below to see what's caught our attention lately.

In its entry video for "Piff," La Fille serves up effervescent indie power-pop that could easily soundtrack an afternoon drive through a shady, tree-lined neighborhood. Frontman Jay Louis finds vocal range somewhere between the folktronic sweetness of Beth Orton and the grit of J Mascis; "Piff" is a warm slice of hook-filled twang that will make you want to roll down your windows. -- Adelaide Sandstrom

Last year at our Chicago stop of the Tiny Desk Contest On The Road tour, Dxtr Spits and Nexus J. commanded the stage with their electrifying performance. So we were excited to see the band again; this time, with its video submission for "Slave Name." Decked out in glow-in-the-dark face paint and suspenders, the duo blasts the barriers of corporate code-switching and comes out swinging. The performance has a unique brand of hip-hop and hair-whipping in-your-face energy that seamlessly translates from stage to screen and with the band thrashing in the background, it's hard not to rock on from behind your computer . — Pilar Fitzgerald

From the moment I first heard the warm and glittering sounds that open this entry, I knew I was in for a treat. Elizabeth Moen's "Headgear" draws on many influences, including a modern twist of blues and country. Her band features David Hurlin on drums, Erich Martin on bass, Joey Gavin on guitar and Gemma Cohen on background vocals. Moen has remarkable control over her voice that reflects the emotional candor in her lyrics. In "Headgear," she showcases both strength and vulnerability, reminding us that these traits often go hand in hand. — Clara Maurer

New York's John Welsh, under the stage name Leuca, thrives in his original song "enough." When he sings, "Maybe that's enough" in the chorus, it's a slow, reconciling phrase that sounds like it's lost in time, as if there's a romance evolving before his eyes. In his Tiny Desk Contest entry, he's accompanied by producer Michael Green on guitar and the entry was filmed by his fiancée, Veronica Grullón. The video shows off the singer's character and charisma, as well as the humility he has for the love around him. — Jacqueline Reed

The Rare Occasions, "Call Me When You Get There"

Starting out with an infectious jolt of energy, The Rare Occasions' video for "Call Me When You Get There" combines lively vocal harmonies with colorful guitar riffs. The garage rock-inspired group from Providence, R.I. maintains a baseline that carries steady momentum, pushing forward with an uncontainable excitement and anticipation. The catchy lyrics are served up with a multi-tiered arrangement that keeps you on your toes. Decked out in colorful jackets and bopping to their own rhythm, the members of the band are completely in their element — and before you even realize it, you're bopping right along with them. — Fengxue Zhang

Jacqueline Savageau, "I am Enough"

"I am Enough," the song in Jacqueline Savageau's entry video, expresses strength after suffering. In her voice, the listener can feel Savageau's pain as she belts out, "I tried my best to wear a happy face, but there's just some things that can't be erased." The song is simultaneously devastating and uplifting as Savageau describes overcoming a toxic relationship and finding worth in herself: "Now I know I work hard enough / I am strong enough, smart enough." The performance's simplicity juxtaposed with Savageau's vocal complexity leaves a lasting impression and will be the song I turn to the next time I need inspiration. --Nicole Schaller