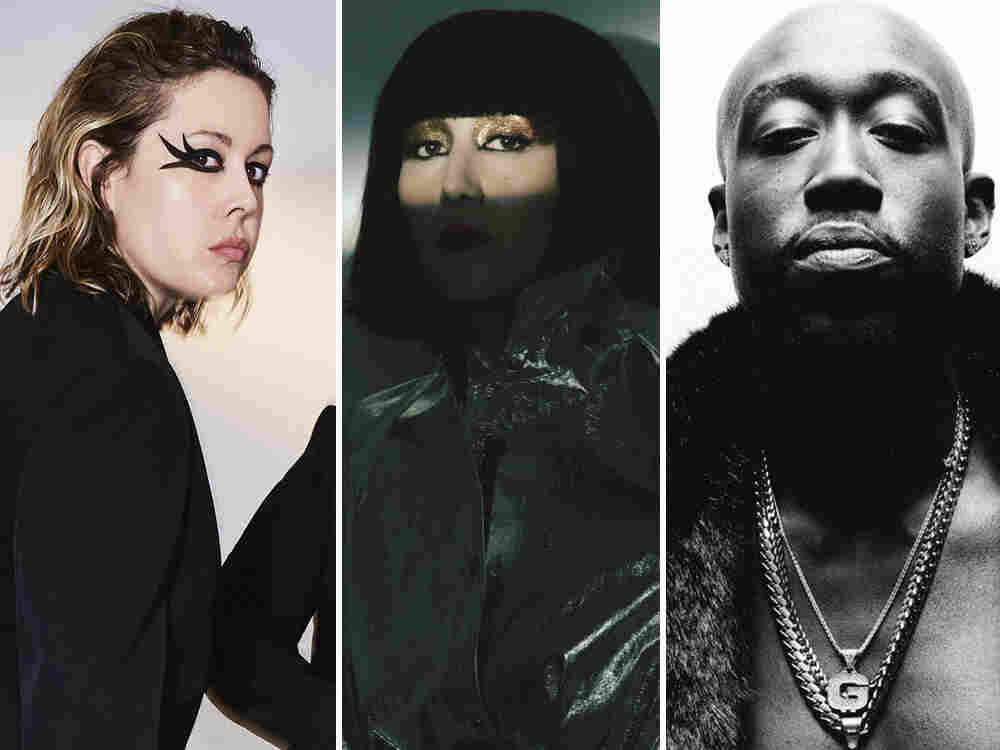 Now music fans are waking to a whole new batch of high-profile releases from everyone from Sleater-Kinney (who just announced their new album) and the electronic artist Burial to a Lou Reed cover from Karen O and Danger Mouse and a new cut from rapper Freddie Gibbs and producer Madlib, featuring Anderson .Paak.

With apologies to Taylor Swift (who just dropped "You Need To Calm Down"), here are the tracks you should hear now:

Sleater-Kinney: "The Future Is Here"

Earlier this year, Sleater-Kinney promised a new, St. Vincent-produced album was on the way. They've now revealed its title, The Center Won't Hold, and its Aug. 16 release date. Along with the announcement comes a new single — a dark, slow-burning meditation on fear and isolation in the digital age called "The Future Is Here." It follows the band's previous single, released at the end of May, "Hurry On Home."

Burial, nearly 20 years into the U.K. producer's don't-call-it-a-career, is one of the few remaining myths among music makers, saying little (really, nothing) while releasing new work every two or three years to a rapturous constituency. Here, he splits his two general modes — foggy, artifactual drum and bass; luminous, dystopic ambient — across the sides of his new record. "Claustro" will appeal to fans of skewed rave classique ("f****** class," writes one fan); but "State Forest" is a transportive, liminal ambient high-water mark.

Last month, rapper Freddie Gibbs and producer Madlib announced they'd be releasing an album together on June 28 called BANDANA. Their latest cut from the project, "Giannis," is named after the Milwaukee Bucks player Giannis Antetokounmpo and features Anderson .Paak on the chorus.

The Atlanta rapper Gucci Mane has promised he'll release a new album, Delusions of Grandeur, before the end of the month, just six months after his previous full-length, Evil Genius. On his first preview of the project, "Backwards," Gucci Mane trades verses with Philly rapper, Meek Mill as the two rap about felonies, money and hard-fought fame.