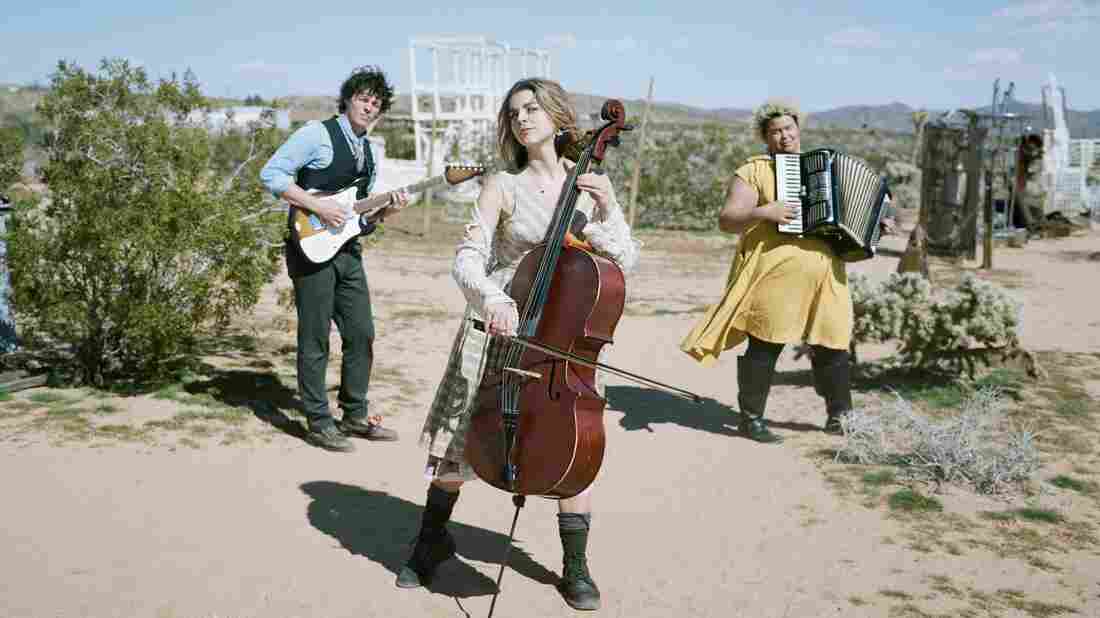 Bandits on the Run, composed of members Adrian Enscoe, Sydney Shepherd and Regina Strayhorn, submitted a stand-out video to the 2019 Tiny Desk Contest. Sophia Schrank/Courtesy of the artist hide caption 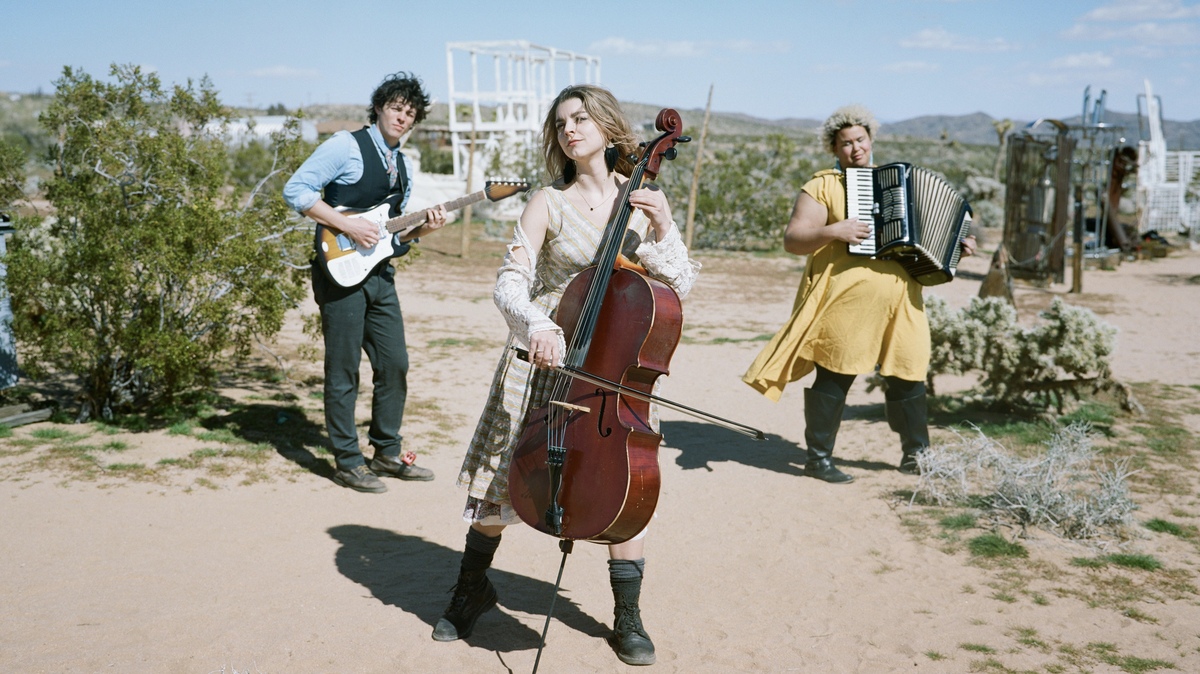 Bandits on the Run, composed of members Adrian Enscoe, Sydney Shepherd and Regina Strayhorn, submitted a stand-out video to the 2019 Tiny Desk Contest.

Sophia Schrank/Courtesy of the artist

Quinn Christopherson was named winner of 2019's Tiny Desk Contest and although the contest only has one winner, there were many impressive and touching performances submitted for the judges' consideration by the 6,000-plus contestants. This summer, Weekend Edition is highlighting some of the stand-out entries.

Among those entrants is the New York-based trio Bandits on the Run, who submitted the original song "Love in the Underground" to the Contest. The group consists of Sydney Shepherd on cello, Regina Strayhorn on melodica and Adrian Enscoe on guitar. That said, the three members often go by their literature-inspired aliases: Roy Dodger for Enscoe, Clarissa for Strayhorn and Bonanza Jellyfish for Shepherd.

Much of Bandits on the Run's work centers around the New York City subway system. The group often plays for in-transit crowds as they wait for their trains. In keeping with that practice, in their video submission, Shepherd, Strayhorn and Enscoe perform "Love in the Underground" on a completely empty subway platform. The video's credits specify that the song was performed "without permission from the MTA" — after fending off a disgruntled MTA officers for 30 minutes, the crew was asked by police to leave the scene, since they didn't have a permit to film there. Luckily, by the time the officers arrived, the Bandits had already finished the shoot.

Even the band's origin story is tied up with the New York subway. Shepherd and Enscoe, who are in a romantic relationship, met on a platform where Enscoe was busking about five years ago. "She was listening to me, and we just started chatting about playing music and art and that kind of thing," Enscoe recalls of that evening. "And one thing led to the next, and we ended up having a long conversation that extended deep into the night."

Bandits on the Run assembled when Strayhorn, a college friend and musical collaborator of Shepherd's, moved to New York. Shepherd had told Enscoe all about her friend and the music they had written together in college, and Enscoe was eager to carry on that work as a trio. "So once Regina ended up moving to New York City, Adrian was like, 'OK, we're starting a band now!'" Shepherd says.

As for being the non-coupled member of this three-person band? Strayhorn says she doesn't mind. "It's obviously a lot of fire, and I think that fire makes good music."

Listen to the full aired conversation at the audio link.