Accessibility links
Tiny Desk Constestant Ephraim Bugumba Processes Pain Through Music : All Songs Considered Ephraim Bugumba was 3 years old when his family fled violence in the Republic of the Congo. His song. "Voices in My Head," was a standout entry in NPR Music's Tiny Desk Contest. 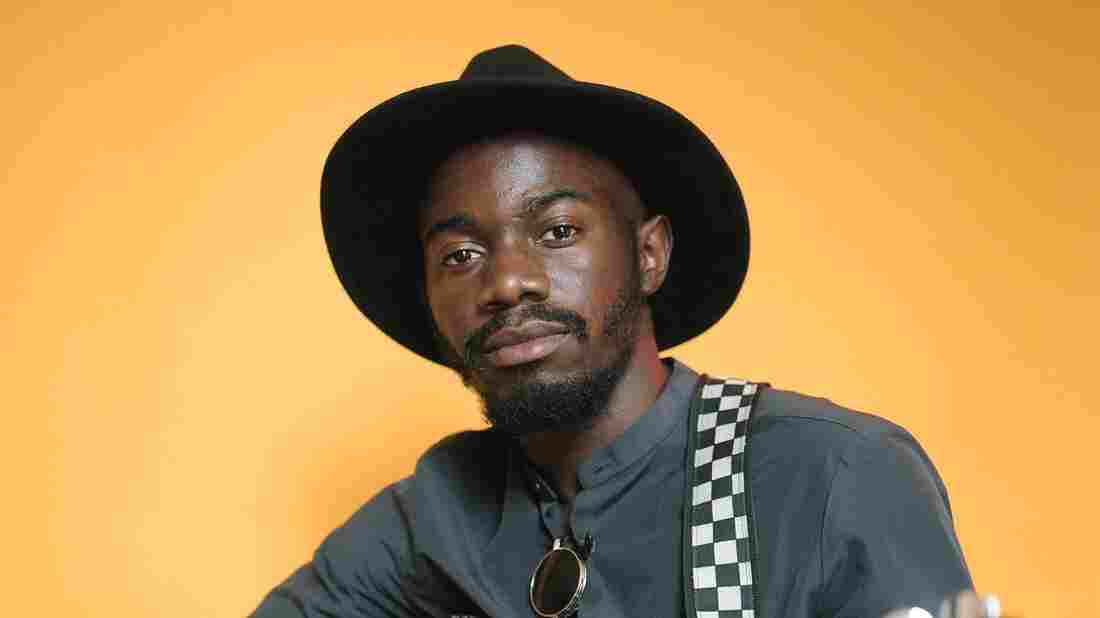 Ephraim Bugumba's song "Voices in My Head" was a stand-out entry in this year's Tiny Desk Contest. Nolis Anderson/Courtesy of the artist hide caption 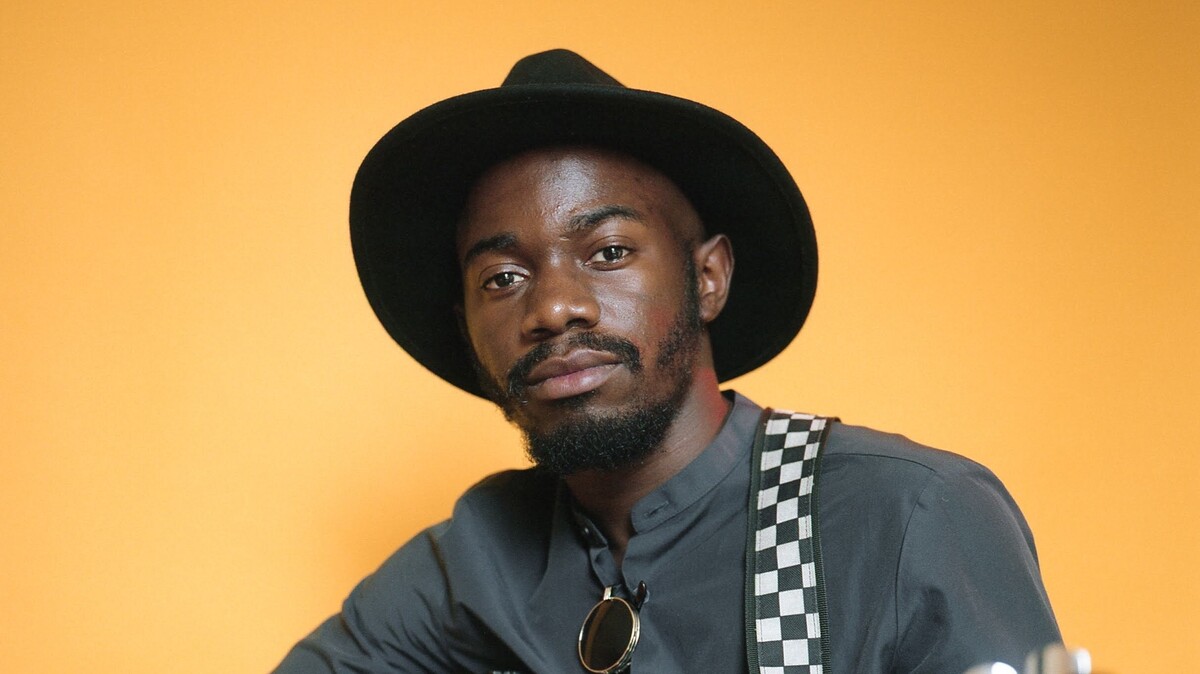 Ephraim Bugumba's song "Voices in My Head" was a stand-out entry in this year's Tiny Desk Contest.

Quinn Christopherson won 2019's Tiny Desk Contest, but many of the other 6,000-plus entries impressed and moved the contest's judges. This summer, Weekend Edition continues to spotlight some of the stand-out contestants.

One stand-out entrant is Ephraim Bugumba, who submitted his song "Voices in My Head" for the contest. Currently residing in DeKalb, Ill., Bugumba originally hails from the Democratic Republic of the Congo. In the Congolese village where he was born, it is an honored tradition to tell history, sacred myths and family lore through music — so it makes perfect sense that the 23-year-old musician also goes by the name StoryTeller.

The story that Bugumba tells in "Voices in My Head" is one of emotional scars and vulnerability. Bugumba, a refugee who came to the United States with his family seven years ago, survived the 1999 massacre at Makobola that left as many as 600 dead.

Bugumba was 3 years old at the time of the massacre, and 16 when he arrived in the U.S. For the years in between, he says, his family moved from country to country near the Congo in "whatever ways possible." After his mother had disguised him as a young girl — because the rebels behind the massacre often killed boys or turned them into child soldiers — they fled the Congo for a refugee camp in Tanzania. From Tanzania, they walked and hitchhiked their way to Malawi, then to Mozambique, and eventually to Johannesburg, South Africa for 10 years. Bugumba's father had royal lineage that prevented the family from returning safely to the Congo, so they filed a case for refugee status with the UNHCR. Finally, in 2012, the Bugumba family emigrated as refugees to the U.S.

Through that 13-year ordeal, music acted as a sort of oasis for Bugumba. He describes how, before the Makobola massacre, music centered his family on a daily basis — and how, after the massacre, that tradition took on even more importance.

"We gathered at 8 p.m. every night and we sang," Bugumba says. "We read hymns and my mom told us some stories from the Bible. That's how we got through the regular days. Then, when we were fleeing in the forest and the wilderness, in all that madness, my parents would always still gather us, and we would still pray and we would sing. So it became our safety place. In a world where everything was just uncertain — you were not sure if your next meal was going to come around, you were not sure if you were going to make it to the next meal — music was the one thing that was sacred and safe. I knew that 8 PM was gonna come along and we were gonna have a good time."

In the U.S., singing and playing music has continued to play a central role in Bugumba's life. In 2018, he was one of the top 50 contestants on American Idol. And beyond his reality TV stint, Bugumba finds a critical emotional outlet in the music that he writes. He says that his relationship with his girlfriend has helped him recognize his learned tendency to suppress emotions in other ways.

"Growing up, we learned to suppress our emotions," Bugumba says. "It's not that we don't want to value it; It's just life didn't allow it. So we learned to conceal, per se, because everybody was traumatized, and you were just another traumatized person. The most important part of life was surviving. So emotions weren't really that important."

But his girlfriend, who Bugumba described as "a green-eyed beauty from the Quad Cities" in a letter he wrote to the Tiny Desk judges, has encouraged him to express his feelings. "She comes from a different world, where emotions are very important, very valued. She is a very expressive person," Bugumba says. "She wants to talk about her emotions; she wants to do everything based off of emotions. And I found myself struggling, because I didn't know how to tell her when I didn't feel OK."

This struggle is the subject of Bugumba's song "Voices in My Head," which itself serves as a space for his emotional expression. "That's the role music plays," Bugumba explains. "My best way of expressing myself is through music. Words are a little hard for me sometimes."

Bugumba says that he hopes his music can also inspire others to feel hope and show vulnerability.

"I want to give hope. I want to remind people that no matter how dark it gets, it can always get better," Bugumba says, reflecting on his work. "I want to tell people that it's OK to talk about not being OK. I want to allow people to express themselves. I want to allow vulnerability, even amongst men. We have a great fear of being perceived as weak when we cry, or when we laugh too loud, when we show compassion. I just want to let us all know that it's OK — that we're created for a reason. We have those things so we could get through life with them."

Listen to the full aired interview through the audio link.