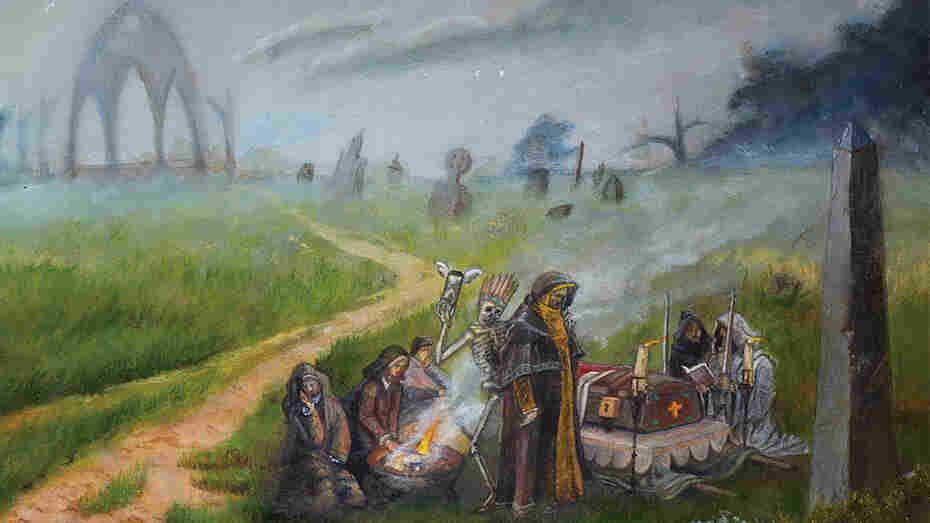 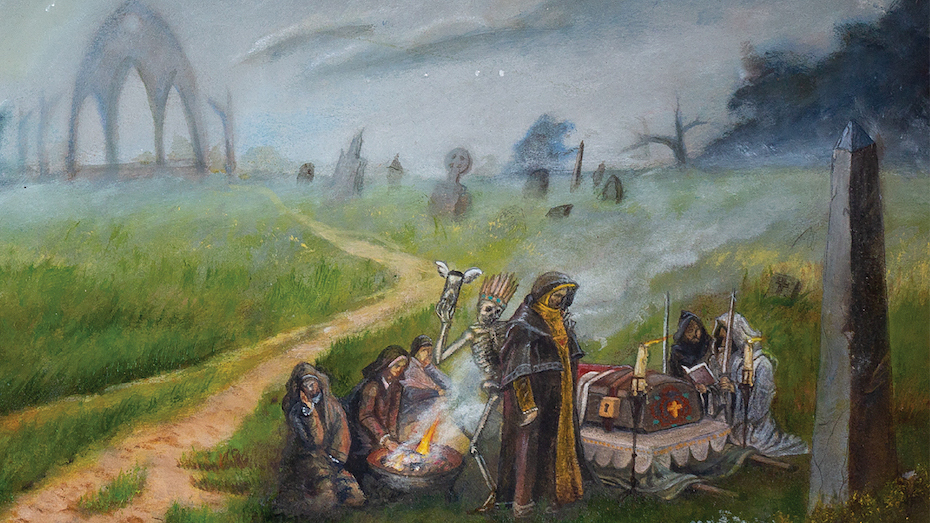 Crypt Sermon's sophomore album, The Ruins of Fading Light, is featured on this week's list.

Are millions of y'all really gonna bum rush Area 51? There's no reason to harsh the aliens' mellow, especially if they're listening to the Viking's Choice playlist, spacing out to heady psych, nasty death metal and romantic dream-pop.

After two weeks of themes — seven hours of long songs and heavy metal anthems for heavy times — it's time to play catch up. Opeth released a heavy Relayer-worthy prog jam in both English and Swedish, Philly producer/DJ King Britt turned Low's noisy "Fly" into an astral techno discoteque, The Menzingers got all up in its punk feelings over a girl named "Anna" and, true to my promise of featuring an occasional pop song, I'm fascinated by Tessa Violet's strange, Stereolab-vibing bop "I Like (the idea of) You."

So if there's life from other planets (currently residing at Area 51), then surely they must know about this super-sized grab-bag of songs found on Bandcamp. (Note: Some of these tracks can only be found on Bandcamp.)

(All jokes aside: I think Spotify and Apple Music are decent ways to discover music, but if you've ever wondered why I prioritize tracks from the artist-friendly Bandcamp every week, many of those reasons are explained in Paula Mejía's excellent essay for NPR about the state of streaming. I highly recommend the read.)

Before my mom starts praying for my eternal soul, please know that the Philly doom-metal band goes beyond simplistic anti-Christian sentiment to explore the weight of sacrifice. Crypt Sermon refines its grandiose Candlemass and Dio-era Black Sabbath worship and adds a monk choir, a touch of blackened atmosphere, and perfects the tricky transition between discordant melody and a thundering chorus.

"One need not believe in supernatural claims to recognize the impact that the death of Jesus Christ has had on our history," singer Brooks Wilson tells NPR. "Fact or fiction, the story of sacrifice has profoundly shaped the aesthetics and material conditions of the world in its wake. But we've grown bitter, callous to never know the world we were promised by that one sacrifice, and now we have seen countless more sacrificed in His name or in His wrath. Through the eyes of John of Patmos, 'Christ is Dead' both celebrates and laments the story of sacrifice, as we unchain ourselves from a history of suffering."

Look, there won't be much indie-pop on Viking's Choice, but when there is, it will come in one of two ice cream flavors: birthday cake-twee or cookie chaos. A Million Dollars splits the difference, with a two-minute pop song that starts sweet, takes a blender to the twisted melody and ends in gleeful mayhem.

If Low was a pair of Italian bohemians who always wore sunglasses indoors and grew up on a so-square-it's-cool catalog of library music, it might sound something like the oh-so-chic garage-pop duo WOW. "Nina" is a stargazing lullaby, complete with an outro that takes your dreams to outer-space.

Rong, "shrugging at the dearth of discourse"

What in the freaking hell. If Rong is what happens when Melt-Banana's sugar-smacked punk smashes into Brainiac's noise-rock mania, then I don't want to be right.

The Holy Circle, "Free and Young"

After three slime-soaked albums in three grime-filled years, Toronto's Tomb Mold hasn't necessarily cleaned up its death metal, but has at least singed the edges of its frayed battle jacket. Still plenty of nasty wasty Demilich-style filth, but with a whiff of Individual Thought Patterns-era Death's puzzling, yet hair windmill-worthy riffs.

You only sort of know what you're getting into here: Alec MacKaye (Faith, The Warmers) and Mary Timony (Autoclave, Helium, Ex Hex) have teamed up with guitarist Mark Cisneros and drummer Chris Wilson for a surprisingly proggy spin on the classic D.C. post-punk sound.

All The Saints, "Creak"

I love an ugly rock-and-roll record with a Southern drawl. All The Saints' hoarse wail conjures Nirvana's Bleach-era Jesus Lizard worship, sure, but drags and exhales like a puff of cigarette smoke in slow motion.

I still couldn't really tell you the difference between Ulaan Passerine, Ulaan Markhor or Ulaan Khol — three aliases for L.A. multi-instrumentalist Steven R. Smith — only that Smith creates unknown worlds within them all. This woodland psych hymn emerges from feedback-filled smoke and hums synths into the sunset.

Haley Morris' rattling, animated voice anchors Pleasure Leftists' stirring post-punk that brings all the goths to dancefloor. You could even call this poppier-than-usual banger... roségoth.

Garlands, "I Am the Whole Tree"

We end on a solemn note. Anne Garland — wife to David Garland and their son Kenji — died Sunday of lung cancer. (I recently featured a track from Garlands' Vulneraries, all proceeds from that two-part album will be donated to National Nurses United.) The day after, David and Kenji grieved through this 28-minute improvisation for 12-string guitar and modular synth. "I Am the Whole Tree" mourns as it moves through low-humming feedback and buzzing strings, processing sounds and emotion in heart-wrenching tandem. My best to y'all, David and Kenji.