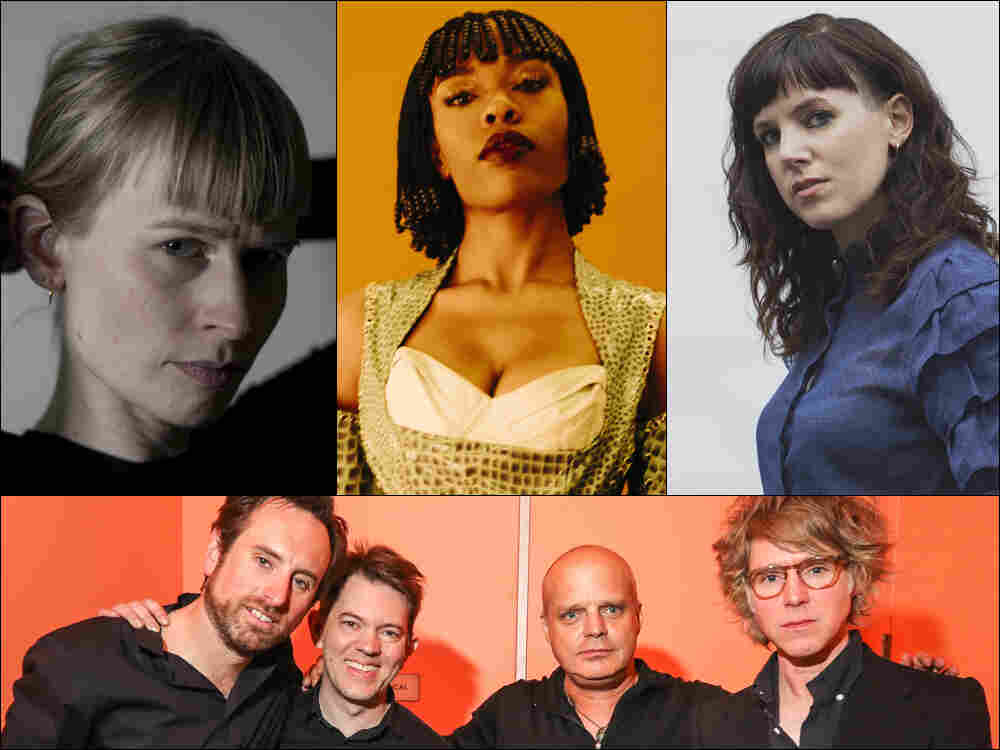 On this edition of All Songs Considered: songs of gratitude from Pinegrove, a take on intimacy from Norwegian artist Jenny Hval and a song of quietude with a few surprises from Anna Meredith.

I'm also thrilled to have new music from Sudan Archives, an artist who blends violin loops and catchy rhythms like no one else. And what is the sound of four Mellotrons? Hear John Medeski, Pat Sansone, Jonathan Kirkscey and Robby Grant's "Pulsar," part of their Mellotron Variations project.

I saved a simple yet stunning cut by Bonnie "Prince" Billy for last. The song, "One with the Birds," is more than 20 years old, but it's been reimagined as part of a collaborative project with Bryce Dessner of The National and the ensemble Eighth Blackbird.

Sudan Archives is a singer and violinist we've loved for the past few years. Her new song is called "Confessions." She's had a series of EPs, but now, a debut album is finally coming on Stones Throw records. No details yet on a date.

2. Jenny Hval: "High Alice" from The Practice of Love

Pinegrove continues to make introspective and energetic songs. This new single, "Moment," their first for Rough Trade Records is a song about gratitude in the face of chaos.

Anna Meredith is a modern British composer who uses rhythm and repetition to exhilarate and, at times, to be restful and tranquil. This song "moonmoons" leans toward the calmer side of the spectrum with a few surprises. Anna Meredith's album FIBS is out Oct. 25 on Black Prince Fury.

Long before sampling (which came of age in the early '80s), there was the Mellotron in the '60s. It's a brilliant contraption, an instrument with a traditional-looking keyboard, but one that triggers tape loops. Those loops might be strings, or horns flutes and more. On this new album, Mellotron Variations, John Medeski, Pat Sansone, Jonathan Kirkscey & Robby Grant form a Mellotron quartet. This song,"Pulsar," from Mellotron Variations, is out now, with a film from the group's 2018 performance coming very soon.

6. Bonnie "Prince" Billy: "One with the Birds" from When We are Inhuman

My final song, "One with the Birds," is by Will Oldham, AKA Bonnie "Prince" Billy. It's a song that's almost 21-years old. This new version is part of a collaborative project with Bryce Dessner of The National and the ensemble, Eighth Blackbird. The album When We are Inhuman explores the darker and more cryptic side of us humans.