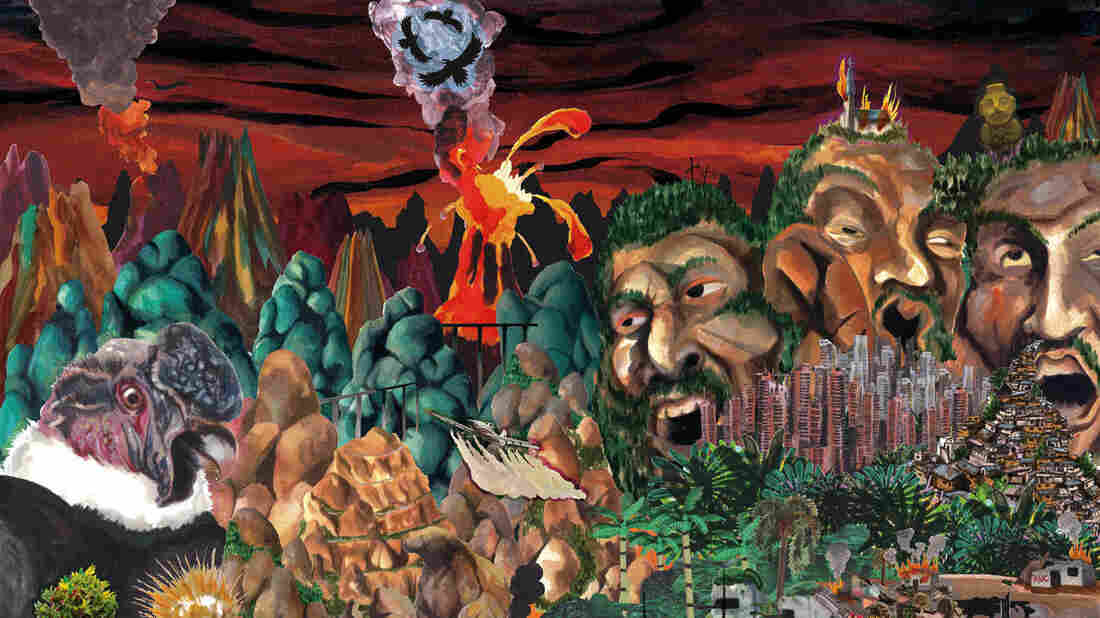 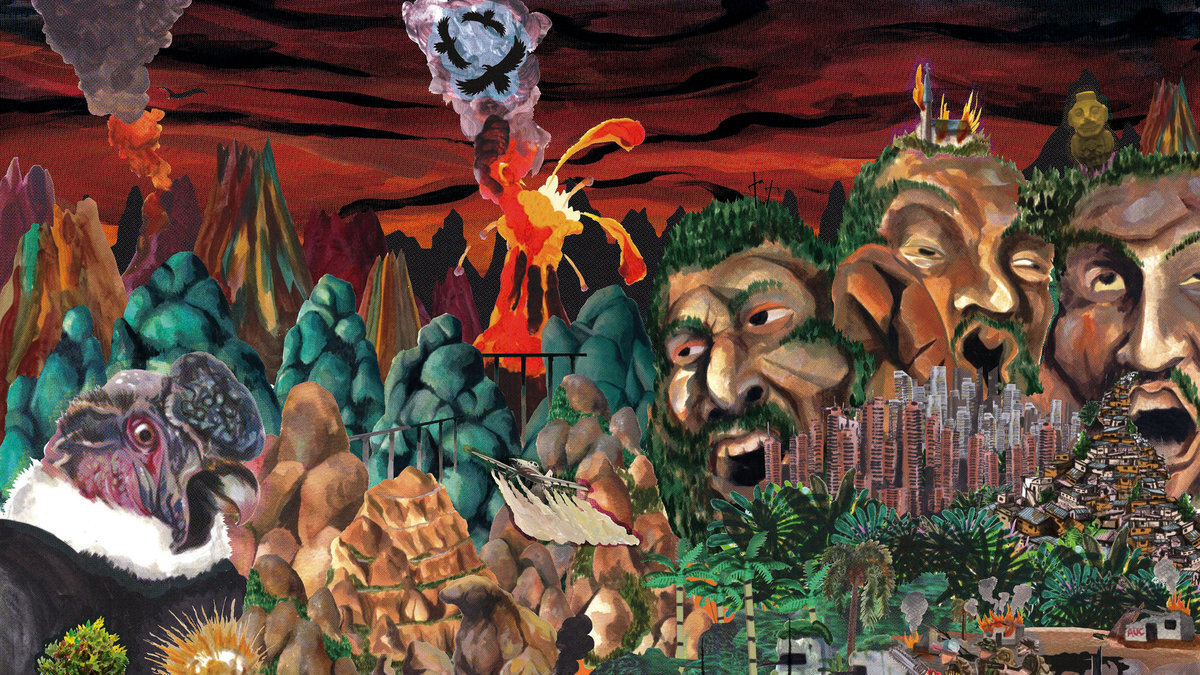 What can we learn from the "fat man" of Heibei as he mixes and chugs a colon-blasting cocktail, while lighting a cigarette from his own burning finger? For one, everything is within the scope of ability. Secondly, wild combinations yield bad-ass results.

Viking's Choice, a weekly playlist of the seemingly unmixable, cannot match the power of "hardest man," but can aspire to his greatness. Cloudkicker, uh, kicks things off with some high-definition instru-metal as Sarah Bernstein and Kid Millions match that intensity with gonzoid noise-rock made from amplified violin and drums. Great Grandpa's densely layered "Mono no Aware" leads into Erin Rae's somehow simultaneously dusty and sparkly cover of Scott Walker's "Duchess," which was originally recorded for Aquarium Drunkard's Lagniappe Sessions. There's a string of synth jams of varying danceability (Ka Baird, Carl Oesterhelt, Four Tet), but also a throwback to Rod Lee, the "original don of Baltimore club."

Cymatic vibrations from two violas and two violins, swept in and out of the eddies of the soul. Ever-moving string drone that stirs river currents most tranquil.

These sound like psychedelic-noise emanations blasted from a busted boombox, but they are, in fact, a promising project from Myrrors vocalist/guitarist N.R. Safi based on folky '70s Afghan jams from his fatherland.

Look, some of us are mourning the end of summer. China's Dear Eloise turns surf and sunshine into a distorted blur of three-chord dream-pop. Sunglasses indoors forever.

Bill Orcutt, "The Sun and Its Horizon"

Maybe those fractured-yet-delicate standards records taught Bill Orcutt a few things. On this new tune written by Orcutt, the guitarist's circuitous sense of melody and tactile phrasing have become more attuned to the breaks in the light.

Some bands never change and it's exactly what fans want. Some bands never change, but become charmingly self-aware of the world moving around them. "Mid 8Ts" is just as winsome and sharp as anything by the long-running U.K. indie-pop band, but with a wistful wink: "Old mods with bellies and hair like s*** / All your heydays deserve better than this."

Nine years since the last Pernice Brothers record, Joe Pernice somehow crams five different guitar-pop songs into three minutes — that kind of seamless concision takes serious craft. "Mint Condition" does remind me of the band's most swooning, cutting tracks from Overcome by Happiness (1998) and The World Won't End (2001), yet hangs a little looser around the edges.

I'm gonna be that guy: As much as the albums by Ethan Miller's psych-rock bands (Howlin Rain, Comets on Fire, Heron Oblivion, Feral Ohms) capture a studio-controlled fervor, there's no experience like seeing any of his bands live. Simmering jams enter sunburnt realms.

What starts as an Om-worthy, hypno-doom bass riff expands outward like a dissonant plume.

I found this Colombian band's 2012 debut — a warped web of experimental funk-cumbia called Toma Tu Jabón Kapax — while crate-digging in Mexico City a few years ago. The first single from the trio's new album, Historia Natural, is a sour slice of squiggly psychedelic cumbia.