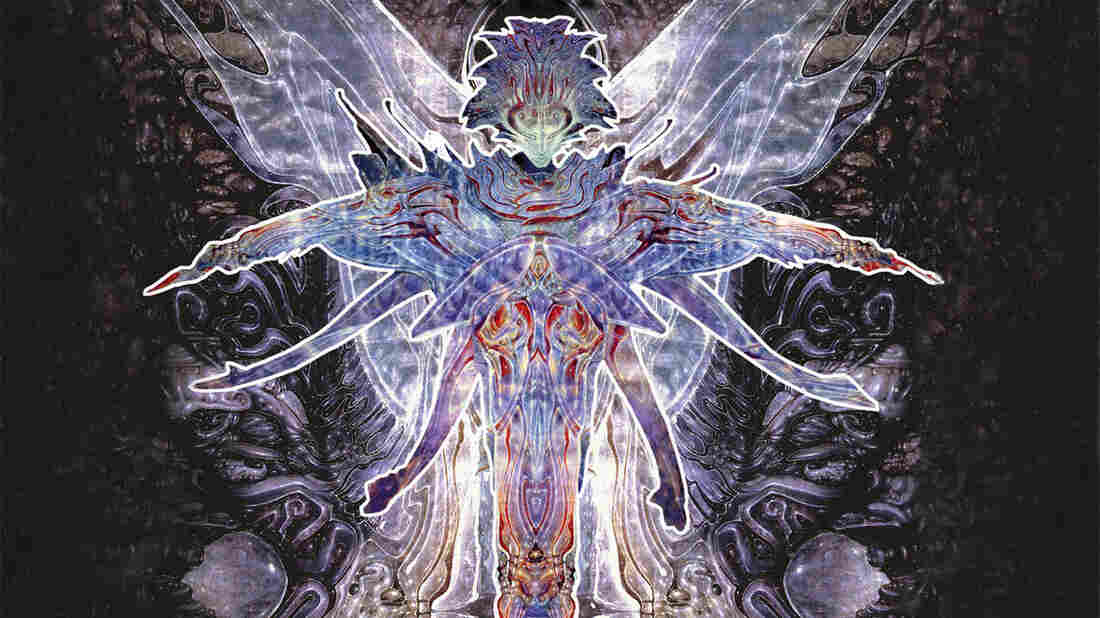 Traced in Air not only reinvigorated but reinvented Cynic, a metal band co-founded by guitarist Paul Masvidal and drummer Sean Reinert, who died Friday. Courtesy of the artist hide caption 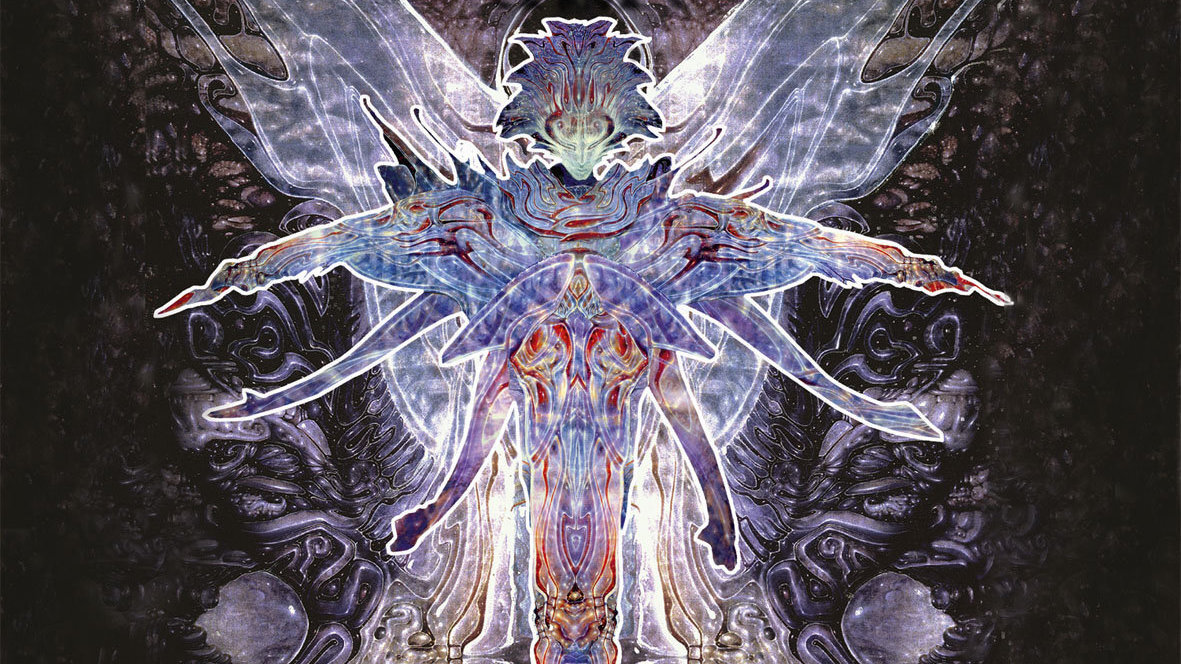 Traced in Air not only reinvigorated but reinvented Cynic, a metal band co-founded by guitarist Paul Masvidal and drummer Sean Reinert, who died Friday.

"There will never be another one like him. Peace to his family and all of his fans around the world. Listen to Sean play his drums and hear his heart sing," Cynic's Paul Masvidal wrote in remembrance of his bandmate Sean Reinert, who died last Friday at the age of 48.

So let's do just that: hit play on this instrumental studio version of Death's "Flattening of Emotions." Both Reinert and Masvidal played on Human, a 1991 album that redefined death metal, with Death visionary Chuck Schuldiner and bassist Steve DiGiorgio. Take 42 seconds.

Double-kick drum and toms rumble around the headphone space like a cage match, but tickle textures far more musical and powerful than a showy drum solo. No snare, no cymbals — but a thrilling exercise in dynamic restraint that introduces a sharpened guitar riff before the emotions are flattened into a technical shred. That was Sean Reinert — born May 27, 1971, and then 20 years old — a metal drummer who explored unknown worlds.

Through Death's Human and Cynic's career, Sean Reinert elevated metal drumming from speed-obsessed splatter to progressive — yet still heartfelt — precision. Cynic's Focus, from 1993, fused jazz and metal in an alien landscape of vocoder vocals and guttural growls; deep space never sounded so pretty and terrifying at once. When Reinert and Masvidal later formed Æon Spoke, an early 2000s rock band with songs that'd appear on Smallville and One Tree Hill, it was a curiosity at first, but gave a glimpse into what happened next.

Like a comet circling back around Earth, Reinert and Masvidal not only reignited but reinvented Cynic. Traced in Air, released in 2008 — not to mention its follow-up EPs Re-Traced and Carbon-Based Anatomy — made more space for ethereal atmospheres and a futuristic fusion that bent hues like Rothko. That never meant Reinert took a back seat; if anything, his drumming became more melodious, more attuned to the fluid texture of the music.

You can find this week's picks below, plus my updated playlist on Spotify and Apple Music, which includes a mini-playlist of my favorite drumming found on Cynic and Death tracks. (Note: Some of these tracks can only be found on Bandcamp.)

If you're a dream-pop fiend shaking from an endless craving for fuzz bliss, Joe Stevens pours the coffee pot topping you off. On his second Peel Dream Magazine record, Isn't Anything-era My Bloody Valentine dream-pop crushes hard on effervescent Stereolab melodies in a satisfyingly smooshed pastiche. To quote "Pill" itself, "It soothes and toothes what's aching you."

Sein Reinert's death took me down pathways of like-minded metal voyagers. Montreal's Sutrah shares the spiraling death metal of fellow countrymen Martyr and Gorguts, but carries the metaphysical weight of Cynic. This music seeks enlightenment through overwhelming and brutalizing skill.

As she returns to her outlaw alter ego, Circuit Des Yeux's Haley Fohr trades in her red cowboy hat for silver sequins and a synth-forward glitter rave.

Up the hammers and down the nails directly into my heart; Smoulder leans into the lilting, castle-storming epic metal of Manilla Road. Tons of classic doom charisma shot through with Sarah Ann's commanding howl.

Sydney's Arafura makes unrelenting, desperate and turbulent grindcore with the dynamic throttle of Cloud Rat and hurling heft of KARP. Instead of horror movie clips breaking up the fury, vocalist A'isyiyah manipulates gamelan samples to honor their Indonesian heritage and channel an anti-colonial rage for themself and their daughter: "Trauma lives inside my blood / Trauma keeps haunting me / When she sleeps, I imagine how I'll gift a defiant heart."

What I love most about Positive No is that you can hear Tracy Wilson smile when she sings and screams. Full disclosure: Before before I even knew they had a band, before I even knew she fronted '90s post-hardcore darlings Dahlia Seed, I'd broken bread and shared fancy beers with Tracy Wilson and Kenny Close. I still do. The wife and husband head up the Richmond, Va., band, an undeniably nerdy and studied take on '90s indie-rock and noise-pop — you might hear Jawbox and Superchunk, but most likely, Positive No is dropping some seriously rare 7-inch knowledge and love. After eight years, Kyanite will be its last album.