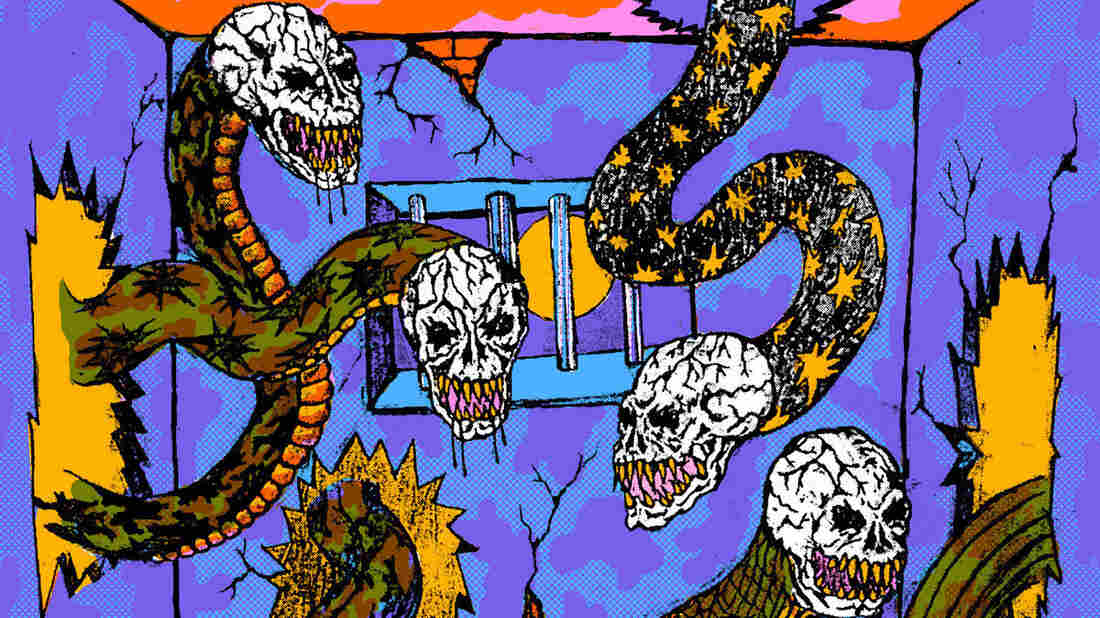 This is the single artwork for "Eraser III." We can't even print the acronym of the Toronto punk band it's from. Carlos Velasquez/Courtesy of the artist hide caption 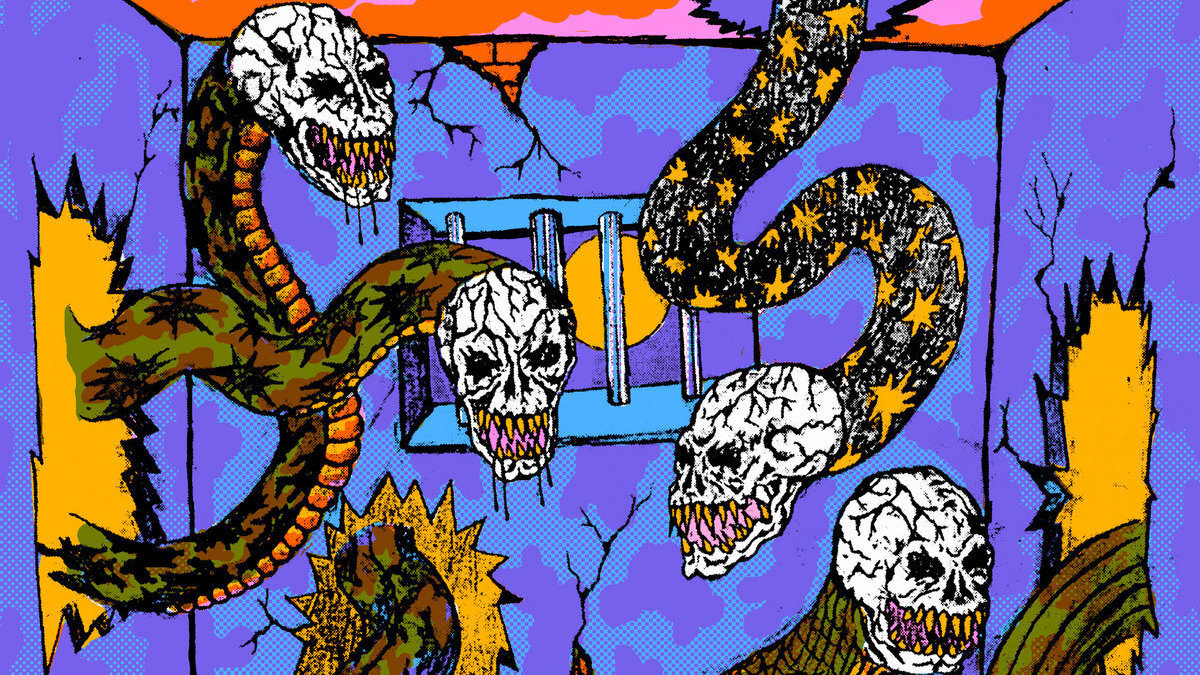 This is the single artwork for "Eraser III." We can't even print the acronym of the Toronto punk band it's from.

Carlos Velasquez/Courtesy of the artist

When I can't wrap my head around a piece of music — be it a monstrous orchestral work, twisted death metal or skittering electronics — I reframe the abstract in terms of visual art or dance. What is the movement of the music? How would the sonic shapes translate to a canvas or to the jumping, stretching and gyrating contours of the human body?

Canadian dancer Aysia Ianiero takes the Giant Claw track "Soft Channel 07" and punctuates the music with sharp drama — her body a flailing, kicking, rolling linguist to disembodied voices, clanging metal, clipped strings and zipper electronics. Turns out she's not the only one inspired by Giant Claw's 2017 album Soft Channel: Watch as Lex Ishimoto contorts his body with intimate shapes to a camera circling around him.

You can find this week's picks below, plus my updated playlist on Spotify and Apple Music. And maybe dance to them? (Note: Some of these tracks can only be found on Bandcamp.)

Megan Mitchell drops you straight into the chasm — a meditative free-fall into head-swirling loops of her phantasmal voice. Fractured beats puncture the space with purpose, but just as soon fade away into the black. A beguiling track from the fourth volume of Doom Trip's Doom Mix compilation series.

Fire music served up in a surrealist honky-tonk. This Brooklyn trio can clearly play bluegrass straight, but mangles its strings in ecstatic contortions, à la Ornette Coleman, or like the OG bluegrass maniac himself, Eugene Chadbourne.

Ripped. To. Shreds. Put it on a black t-shirt in an unreadable font, tattoo it on your six-pack, burn it into a piece of bread with one of those novelty toasters — the name demands fealty. Thankfully, Andrew Lee's Entombed and Bolt Thrower worship lives up to the name.

How many albums and songs about 2020 (and 20/20 vision) are we gonna get this year? I hope they're all as good as this chugging heart-tugger from Gladie, Augusta Koch's post-Cayetana band. The guitar jangle is familiar, but weathered, as Koch's raspy voice and weighted introspection.

S.*.*.*. has always sounded like, well, you know. That's part of the Toronto punk band's ugly, smear-stained charm. (And, hey, this is NPR, so I can't print the acronym — the band won't tell anyone what it means either.) So what happens when that cheap buzzsaw guitar tone and spit-screamed filth get mixed by F***** Up's Jonah Falco and mastered by studio wizard Arthur Rizk? Welp, it turns out you can polish a turd.

They really don't make them like this anymore. Lo-fi pop hits drenched under layers of four-track tape noise, weirdo collage trips, Casio beats and mangled guitar shred. Collected from cassettes spanning 1993 until his death in 2002, Matty Luv made these whimsical songs with whomever stopped by his place in San Francisco, including metal drummer Aesop Dekker (Agalloch, VHOL, Ludicra) who just released this first volume on his new label Nocturnal Hustle.

Aquatic doom metal that plunders that the trenches of trauma with tectonic beauty. Markov Soroka writes underwater riffs that ripple and ring with mournful devastation, accompanied by his fathoms-deep growl and slow-moving strings.