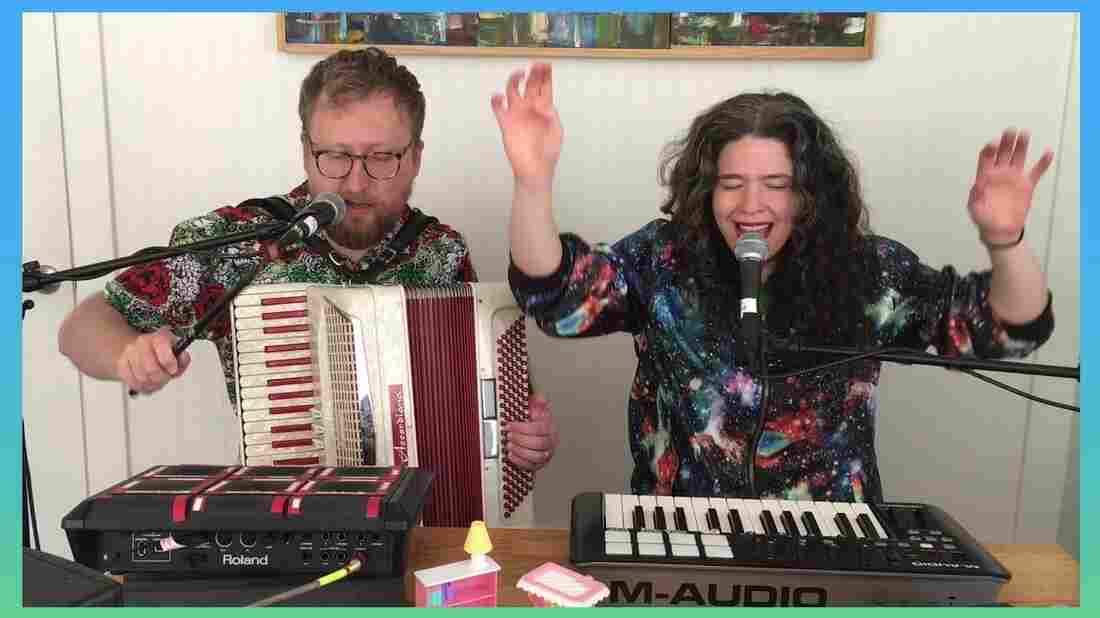 The Bengsons entered the song "Pulls Out" to the 2020 Tiny Desk Contest. YouTube/NPR hide caption 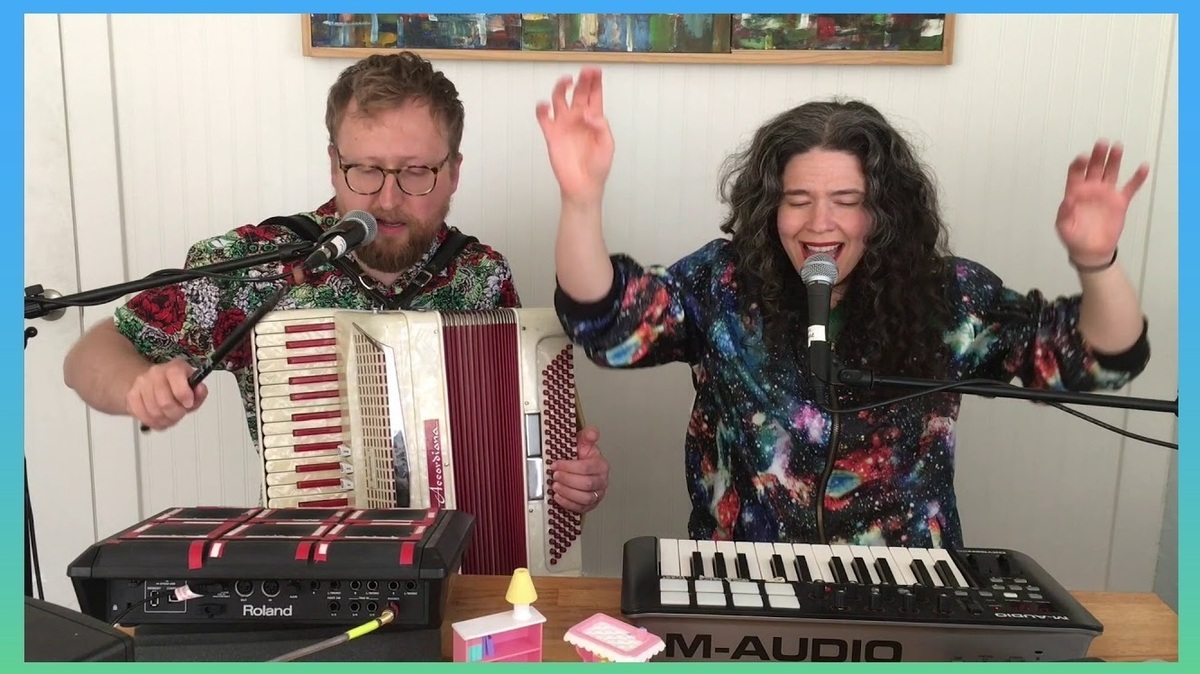 The Bengsons entered the song "Pulls Out" to the 2020 Tiny Desk Contest.

The 2020 Tiny Desk Contest closed for entries on April 27. We've seen entries from every state in the country; from big bands and solo artists; and from a huge range of styles and genres — and now, our judges will start to comb through our entries to find a winner. In the meantime, we've been sharing some of favorite entries to this year's Contest.

Hometown: Springville, Utah
Pairs well with: Reaching for the sky

It's easy to be fooled into thinking "Ballad of a Moonchild III" is a light-hearted song by the playful kittens in the opening shot and the jubilant waltzing sound in Little Moon's entry video. However, songwriter Emma Hardyman says the song "came from very dark and difficult circumstances" and repeats the word "nyctophilia" throughout, which the artist says means "love of darkness and night; finding comfort in the darkness." The entry video is also complex sonically, as it creates a collage of socially distant instruments — a harp, a clarinet, a french horn and more — all held together by the glaze of Hardymon's clear, piping voice. —Elle Mannion

Diana Gameros has entered the Contest for several years — and has impressed us with her stunning, emotional songs each time. This year, she entered "Amor A Todo," a song she says is meant "to offer comfort to those experiencing the loss of a loved one" and which she dedicates to her late father. Her song of memory and healing, of fear melting away, is a balm. —Marissa Lorusso

Hometown: Atlanta, Ga.
Pairs well with: The party you're going to throw in the street when quarantine is over

"I'll be the king / Let me crown myself," Kelechi pridefully begins in his entry, "On Me." Kelechi, whose 2019 entry was among our judges' favorites, goes on to rap a charismatic and celebratory homecoming of sorts, an "ode to [his] Nigerian Afrobeats and ATLien HipHop roots using West African pidgin and Rap sensibilities," according to the video's YouTube description. I think it's safe to say we can expect big things from this artist; if Kelechi shaking his jacket off at the end of his entry video is indicative of his music career, he's just warming up. —Elle Mannion

The Bengsons, "Pulls Out"

Hometown: New York, N.Y.
Pairs well with: Stomping around your apartment and making too much noise

It's just Abigail and Shaun Bengson in their entry "Pulls Out," but you'd be forgiven for thinking there are more musicians involved. The duo manages to create expansive electronic sound using just their voices, a looper, a drum pad and the unexpected instrument that gives the song its depth — an accordion. Set against that backdrop, Abigail's voice really shines as she belts out the song's syncopated earworm chorus. —Jon Lewis

Hometown: New York, N.Y.
Pairs well with: The first block party of the summer; dancing while cleaning your apartment

The best way to describe "Waves" is found in the first three words of the song: "It feels good." From the pop-funk magnetism to that dangerously catchy chorus, there's a lot to love about Melt. As you make your way across each video panel, you can tell how much the band treasures this song and how much the members enjoy playing together. Put in a tough situation, the band managed to capture lightning in nine socially-distant bottles, and each of these separately talented performers express themselves like one groovy superorganism. The result is an authentic and compelling case for seeing Melt live and in action. —Pilar Fitzgerald

Hometown: Austin, Texas
Pairs well with: Drinking a supersized iced tea and catching some sun on your stoop

"Cherry Jerry Citrus" is a slice of blissed-out and dreamy synth-pop, accented by the glitter and greenery of Hey Cowboy!'s entry video. It's a sweet and groovy love song; singer and synth player Sydney Harding-Sloan's voice floats above the track, gently answered by the other two members of the trio until all three meet in harmony. —Marissa Lorusso

Hometown: Plymouth, Mass.
Pairs well with: Singing in your car

Hayley Sabella's "July Rain" is not directly about our present moment of isolation, quarantine and national disaster, but feels more than appropriate — it's all about desperately searching for the kind of cathartic release of pent-up grief and energy that a massive summer storm represents. Musically, Sabella hits the somber Americana ballad sweet spot: balancing delicate, vulnerable melodies with a sing-along chorus that you are free to scream out behind the wheel of your car, in the shower or whatever your preferred location may be. —Jon Lewis