Accessibility links
Heat Check: New Music From Amaarae, Teyana Taylor, Ava Hovanka And More : All Songs Considered Amaarae comes through with fire and Dijon breaks the mold of song structure. These are the new tracks putting names on the swirl of unfamiliar emotions. 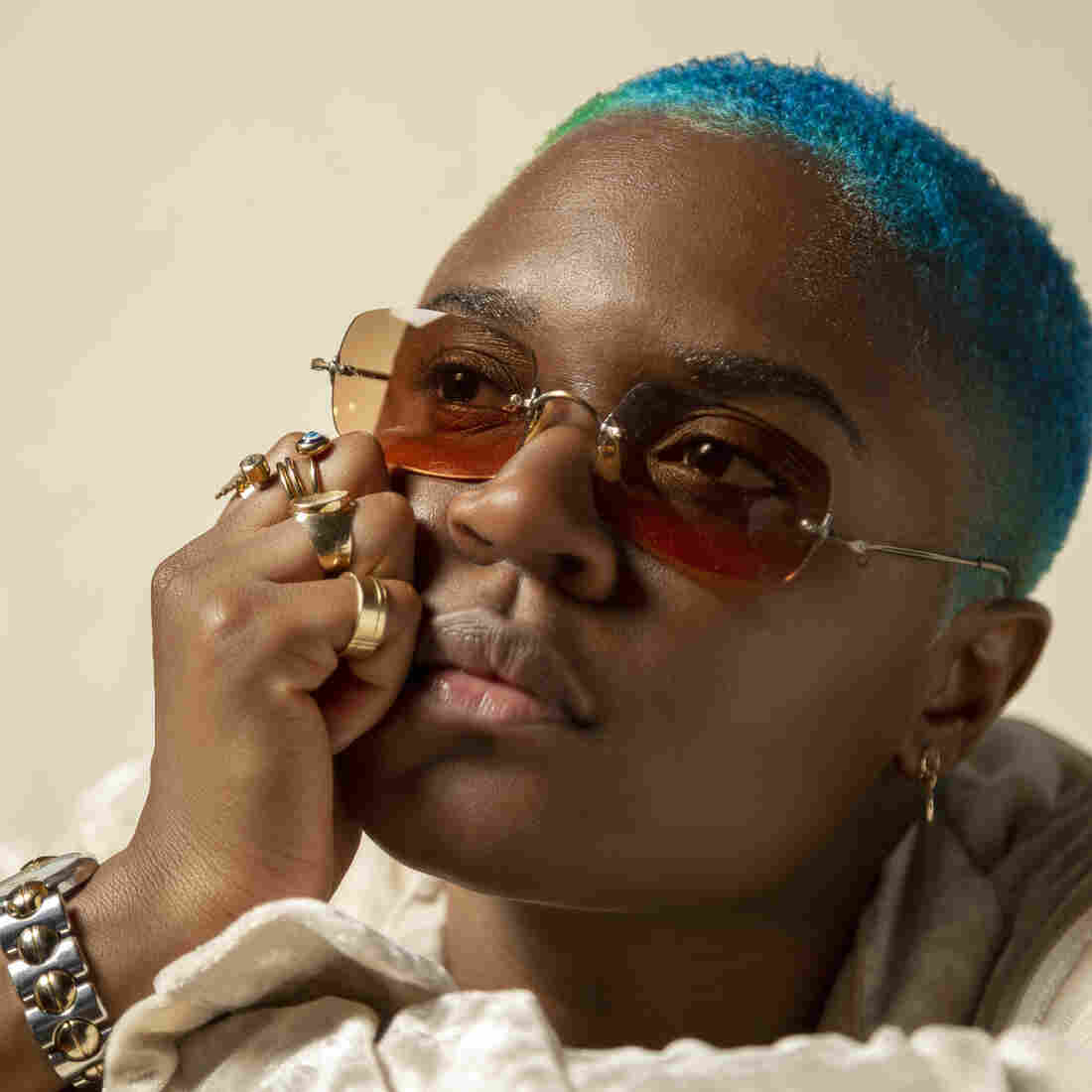 Amaarae cuts it up better than a moon-walking Samurai on "Body Count." Philip Boakye/Courtesy of the artist hide caption 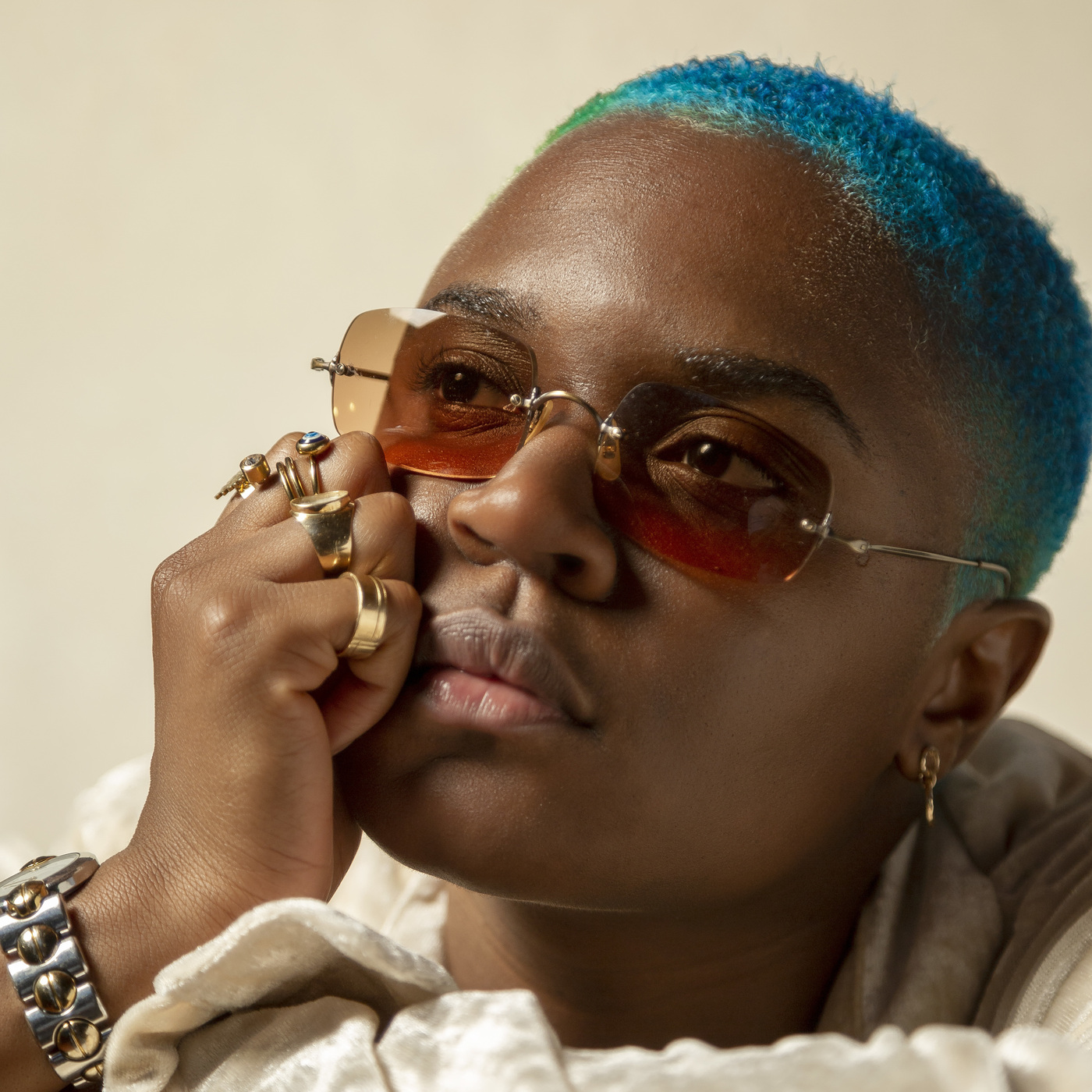 Amaarae cuts it up better than a moon-walking Samurai on "Body Count."

Philip Boakye/Courtesy of the artist

Anyone else starting to feel like the concept of time is a mushy, nebulous, philosophical joke? Feeling fully in the throes of a never-ending limbo, leaning on music as a grounding source of energy has felt more important than ever.

Luckily for fans of R&B, hip-hop, pop and soul, our favorite artists have kept new music coming. Whether they're making daily creations or finally letting go of months' worth of work, we're thankful for new sounds to fill these moments of unrest and static.

Clever storyteller Amaarae talks big and backs it up in spades. Left-of-center savant Dijon breaks the mold of song structure. Ambient architects like Ava Hovanka and Matt McGhee lean into their instincts while Teyana Taylor captures the silver lining of this moment.

These are the new tracks that are putting names and numbers on the swirl of unfamiliar emotions. Stream Heat Check's latest cream of the crop on Spotify now.

With his latest EP, EVERYTHING YOU HEARD IS TRUE, Odunsi (The Engine) is as an architect of the unpredictable. Throughout the tape's brisk and breezy 14 minutes, it's definitely Amaarae who steals the show on "Body Count." The Ghanaian American singer cuts it up better than a moon-walking sellsword with her whispered tale of a Fed-fighting former fling. Drop down and hit that quarantine twerk to this one.

"That's not my man, that's my migo / Talk big money, yeah he got a big ego / Big dick for me, then he fighting off the R.I.C.O. / Quarter mil in court cases / Flew off to the fort, bored, betting on the races." — Sidney Madden

The Zimbabwe-born, Australia-based rapper is as ferocious as she is refined on "Shook," her first official release under her new label, 4AD. Tkay gets more gully with every verse as her rhymes glide over spiraling, disjointed production before diverging into a swampy NOLA bounce breakdown. — Sidney Madden

Teyana Taylor, "Made It"

In a time when graduation celebrations can't be communally experienced, Teyana Taylor fashioned one of her latest singles, "Made It," into a triumphant, isolation-proof anthem for the Class of 2020. Taylor asked fans to send in their at-home graduation videos and combined them all for a joyful cyber ceremony.

"Unfortunately, this pandemic has stopped us from physically gathering and celebrating all the hard work you've put in through the years," the artist wrote on Instagram when dropping the song and video. "But this pandemic can't stop your spirit, it can't dim your light, and it can't take your degree away from you!! So when you make it out of this dark time, shine bright and light up the world." — Sidney Madden

Washington D.C.-based Matt McGhee clearly knows how to make the most of time. Under two minutes, he crafts a record that vividly explains the role of spirituality in his life over a revved-up sample made famous by A Tribe Called Quest. If that's not enough, we get a complete beat switch before it's over. I'm a sucker for a beat switch. — Bobby Carter

The hiatus is over and Dornik has returned from the future to deliver his sophomore album. The self-produced title track to Limboland yet again displays his masterful ability to tow the line between ambient and hard-hitting sonics. North Carolina's finest, Phonte of Little Brother, adds some bars to take it over the top. — Bobby Carter

The Washington D.C.-hailing singer-songwriter stirs up a potion of ambient serenity with "Sleeping." At just over three minutes, the track strikes a balance between haunting and ascendant while Hovanka tries to work through her racing thoughts rather than brush them off. — Sidney Madden

How Do You Feel About Getting Married?, the latest EP from Dijon, marks a new peak in cerebral, soul-slicing honesty for the LA artist. Drizzled with R&B finesse and brash rock exuberance, "rock n roll" is the cut I keep coming back to. Over a flurry of screeching guitar, Dijon's words capture a fleeting moment of opposites-attract fixation.

"She don't like the Rolling Stones / But I won't give up, it's automatic / I just wanna see her dance around the room / To Joni's Blue / Punk rock won't stop / Roxy music, Iggy Pop." — Sidney Madden

When it comes to influences, this 23-year-old singer-songwriter and producer's cup runneth over. His aptly titled mixtape, A Museum of Contradiction, defies genre while authentically honoring a wide span of musical tastes. The first single "cz" is equal parts dark indie-pop and rock cut with drums that swing toward hip-hop. A hook line and sinker to my ears. — Bobby Carter