Accessibility links
NPR Music's No. 1 Albums And Songs Of May : All Songs Considered At the end of every month, the NPR Music team picks their favorite albums and songs. Their passions vary widely, from Atlanta rapper Deante' Hitchcock to Australian ambient artist Madeleine Cocolas.

NPR Music's No. 1 Albums And Songs Of May 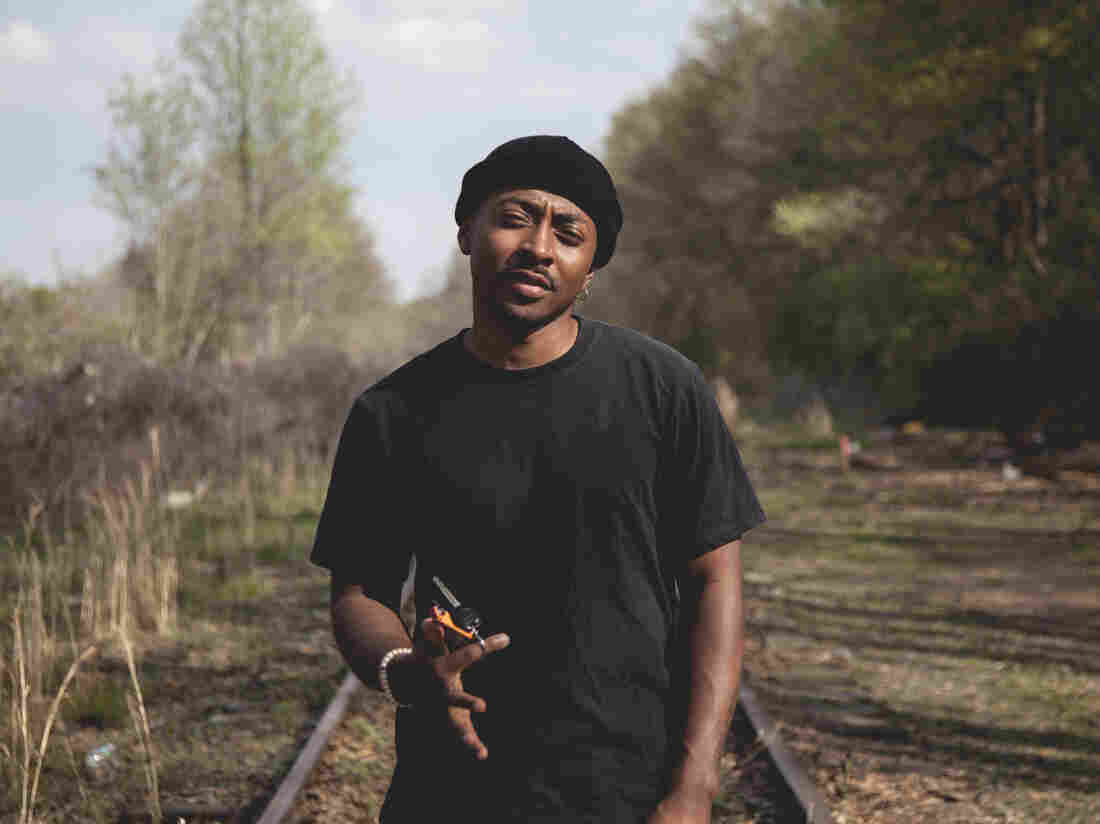 At the end of every month, the NPR Music team picks their favorite albums and songs. Everyone has their passions and they vary widely, from the Atlanta rapper Deante' Hitchcock to the Australian ambient artist Madeleine Cocolas.

On this week's show, we hear the No. 1 albums and songs of May as picked by our staff. There's the Portland band MAITA, which features a singer who entered our Tiny Desk contest in 2018. We also have the 20-year-old Eve Owen (who released an album produced by The National's Aaron Dessner), a team-up between classical guitarist Sharon Isbin and Indian sarod master Ayaan Ali Bangash, and Buscabulla, a duo from Puerto Rico who met in New York City and returned to Puerto Rico after Hurricane Maria to rediscover their home. And then there's brilliant jazz guitar playing from the Kurt Rosenwinkel Trio and joy from Scotland's Vistas.

MAITA: "A Beast" from Best Wishes

Portland's Maita-Keppeler has this moody voice and storytelling style. She also has a penchant for opening verses that sound like a warning (like the tale of a doomed cowboy), but most of the songs on Best Wishes are actually pretty hopeful. This is an album that's, at least to me, a clear-eyed look at growing up and holding yourself responsible for actively creating the life you want to live instead of just waiting around for it to happen. — Cyrena Touros

Rarely has an album name so well described the imperative feeling behind a young artist's music: Eve Owen's songs capture thought in motion, invoking visceral, sometimes irrational experiences of desire, longing, trauma and loss, ordered by her gracefully careening voice and the exquisite arrangements realized by collaborators Thomas Bartlett and Rob Moose and producer Aaron Dessner. But nothing is too neatly resolved, too carefully polished: we remain inside Owen's consciousness, drawn in by haunting, dissolving images, stories half-told, meanings left open. The result is enchantment. — Ann Powers

Deante' Hitchcock: "I Remember" from Better

After a productive few years and a stand-out verse on Dreamville's Revenge of the Dreamers III compilation in 2019, Deante' Hitchcock's major label debut summarizes the state of his career. There's a level of vulnerability, humor and honesty to Better that is a little too rare nowadays. He's really one to watch from Atlanta. — Rodney Carmichael

Buscabulla's debut album creates a sacred space for anyone longing for home, but it paints a particularly stunning picture of the return Raquel Berrios and Luis Alfredo del Valle made to Puerto Rico from New York after Hurricane Maria in 2017. Regresa ("come back" or "return") tempers the island's complicated histories of love and struggle through natural disasters and colonialism with the resilient magic of homegoing. — Stefanie Fernández

Madeleine Cocolas: "Across the Ocean, But Not Yet" from Ithaca

I like to use amorphous, ambient-ish music like a brand-new cocoon: It helps baffle psychic static, facilitating a leisurely interior exploration. Just me and the encouraging, unintelligible whispers of a stranger. Australian artist Madeleine Cocolas' new album, Ithaca, is not fit for this purpose at all, though it will probably seem like it at first. These are very quiet songs, full of deep hum and dusty buzz, that are too vibrant and seismic, too busy exploring their own life, to help you with yours. Thankfully. — Andrew Flanagan

All too often in jazz, tradition and innovation are cast in opposing terms. Here's an album that insists otherwise: the latest gem from Rosenwinkel, who has been a leading guitarist of his generation for over two decades now, and a nimble working trio with Dario Deidda on bass and Gregory Hutchinson on drums. — Nate Chinen, WBGO

Vistas: "The Love You Give" from Everything Changes in the End

Vistas' Everything Changes in the End is a jubilant Scottish pop-rock album that somehow does for me what Andrew W.K. has always done: instantly boost my spirit by somewhere between 20 and 200 percent. — Stephen Thompson