Accessibility links
Heat Check: New Music From Lil Baby, Spillage Village, Maya Amolo And More : All Songs Considered Whether it's a trap anthem for the protests or a tale of petty personal betrayal, this week's Heat Check considers the bigger picture. 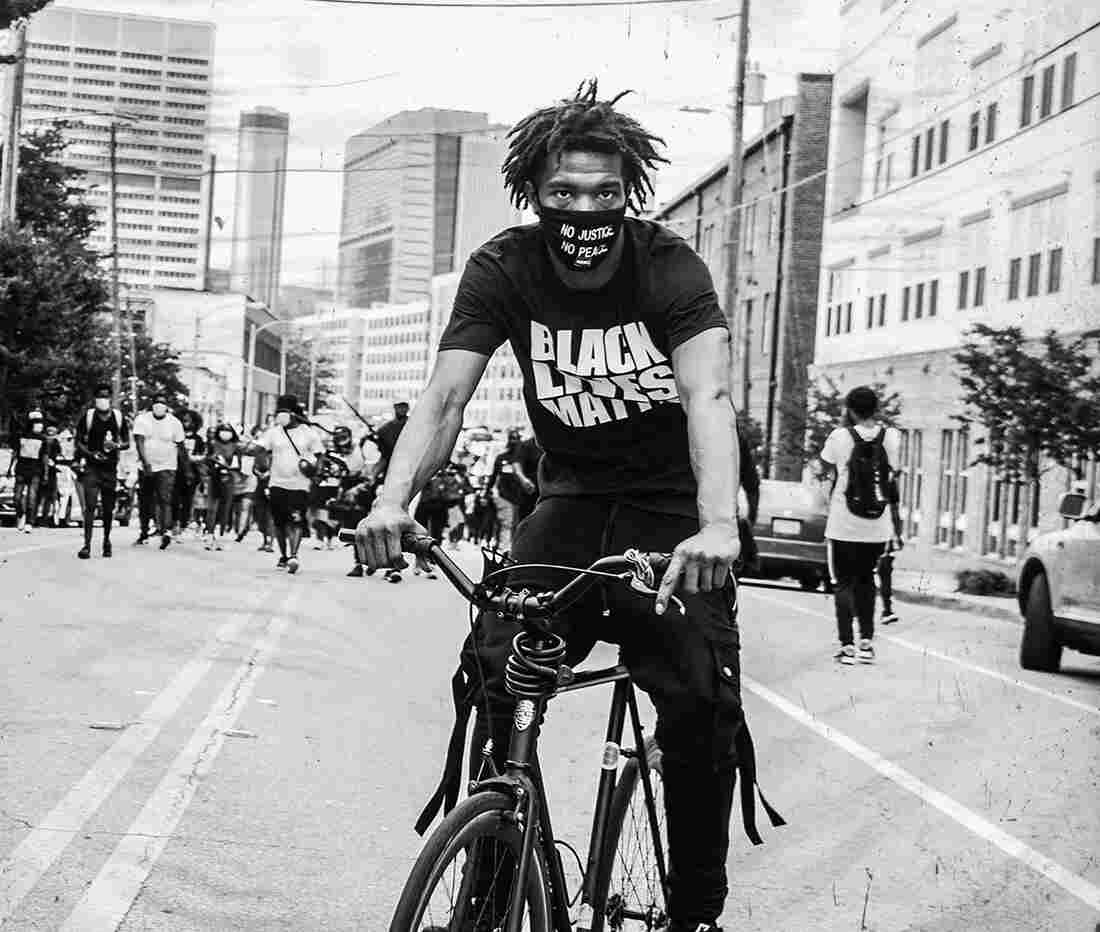 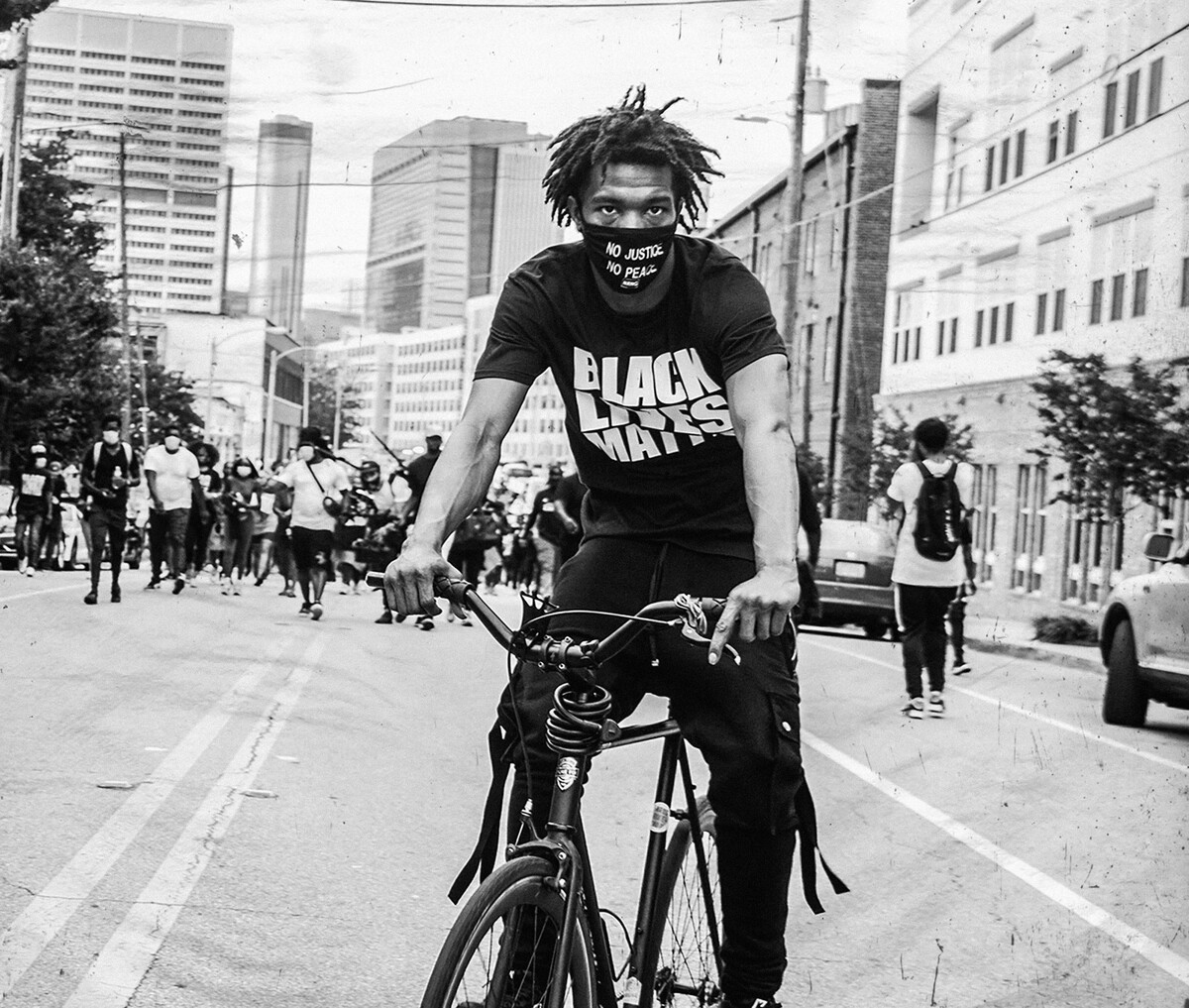 Lil Baby's "The Bigger Picture" is a conscious trap anthem for the Black Lives Matter movement.

Matthew Geovany /Courtesy of the artist

Music is canonizing this moment in history at rapid speed. Across rap, R&B and avant-garde soul, we're hearing the creative juices flowing, giving reason and song to racing thoughts. Some artists remain on the front lines of the Black Lives Matter movement. Others turn inward to journal their time in isolation. And some commit to album roll-outs that show their maturation even in the mayhem.

Whether it's a trap anthem for the protests or a tale of petty deceit, this week's Heat Check considers the bigger picture during a period of time that we're never going to forget.

As always, stream Heat Check on Spotify in its entirety.

Rapping about police corruption in Atlanta is nothing new for Lil Baby — his latest album, My Turn, is topically riddled with rhymes of both endurance and exasperation — but there's something about his latest track that takes it all to the next level. "The Bigger Picture" expertly connects Baby's ten-toes-down life experiences with the larger societal conversation around reform. It's a conscious trap anthem that's hitting at just the right moment. Even when he's taking ownership over the violent life he chose to live before rap, he inspires a path to change, connecting so many years with so few words.

"I can't lie like I don't rap about killing and dope, but I'm telling my youngins to vote / I did what I did 'cause I didn't have no choice or no hope / I was forced to just jump in and go / This bulls*** is all that we know, but it's time for a change / Got time to be serious, no time for no games / We ain't takin' no more, let us go from them chains / God bless they souls, every one of them names."

Spillage Village — the hip-hop supergroup made up of J.I.D., EARTHGANG, 6lack, Mereba, Jurdan Bryant, Hollywood JB and Benji — has lain dormant for years while its members successfully climbed their individual ladders of fame. Back in action, the Atlanta-based collective breaks out the heavy artillery in anticipation for its upcoming album, due out later this summer.

"It's been like an apocalypse since I was on the teat / Reagan worked for Satan how he preyed upon the meek / Ask too many questions, do you work for the police? / They took brother Nipsey, what a pity for the streets / World want give me stress, that's why I chief upon my tree," Mereba muses in the third verse.

This New York-based, Kenyan-born act spins a tale of petty betrayal over a crashing, jilted setting. Maya Amolo not only proves that she's three steps ahead of all the moves in this game, she manages to shrug off her dismay and heartache with every refrain — or at least that's what she'd like you to believe.

Fousheé may still be making a name for herself, but she's already created sleeper hits of viral proportions. Any fan of TikTok tropes will recognize this LA-based singer's vocals from "Deep End," a track remixed by Brooklyn rapper Sleepy Hallow and currently all over the bite-sized video sharing app. But amid the residual shares, Fousheé has successfully released her latest EP, Relative Motion, leading with her snoozy, enveloping track, "PILLOW."

Gunna Wunna is fresh off a No. 1 album and heat seeker Lil Keed, his next of rap kin, proves he's positioning himself to level up soon on the pair's latest team-up. "Fox 5" hits that stride of nonchalant violence and glamour as the two Young Thug mentees embrace their own creative embellishments.

Fresh off dropping their sophomore album, Ungodly Hour, sister singers Chloe x Halle deliver a scorcher with early album favorite, "Forgive Me." It's a celebration of maturity matched with sex appeal that comes as a needed break from the severity of life.

"So forgive me, forgive me / I been goin' too hard in your city / So forgive me 'cause I'm not teary / Best believe I'll move onto better things," the ladies harmonize on the chorus.