Accessibility links
'Dust Off Your Wings': Tiny Desk Contestant Britton Smith On Pride And Potential : All Songs Considered Smith entered the 2020 Tiny Desk Contest with his band Britton & The Sting. He says "Blackstronauts" is about finding joy: "I want us all to put on our freedom suits and fly together," he says. 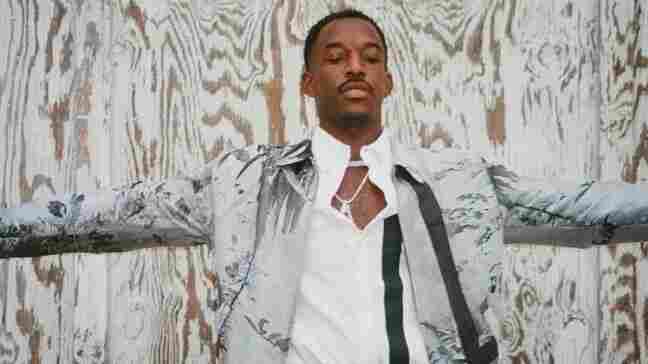 Britton Smith was a standout entrant to the 2020 Tiny Desk Contest. Hannah Sider for Boys by Girls/Courtesy of the artist hide caption 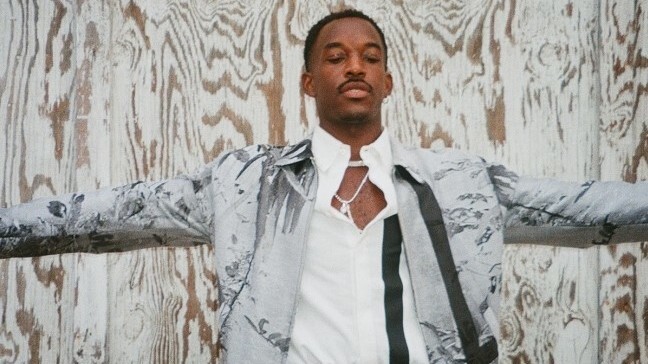 Britton Smith was a standout entrant to the 2020 Tiny Desk Contest.

Hannah Sider for Boys by Girls/Courtesy of the artist

Imagine being able to lay down your burdens and fly away from Earth — to a place of harmony, where discrimination is left behind. That dream is the basis of the song "Blackstronauts" by Britton & The Sting, a standout entry in this year's Tiny Desk Contest. Britton Smith, who wrote the song, tells Weekend Edition he wrote "Blackstronauts" while thinking about one particular burden: the need for affirmation.

"This song is a reminder to get away from the noise of needing people to say, 'Yeah, you're great,' and just know that you were put on Earth for a certain reason," he says. "It's up to you to realize that power and fly with it — and try your best to dust off your wings whenever you need to be reminded of how special or powerful you are."

Smith says this message is especially important for Black people. "I want us all to put on our freedom suits and fly together," he says. "I want everybody to be able to do this, but particularly my Black brothers and sisters."

In "Blackstronauts," Smith sings of his coming out story and his relationship with his mother. "I grew up gay, Black, in the South and in the church," he says. "They teach you in the church in the South to be so proud of your Blackness in American history. ... However, there was this other thing, a part of me that was not treated with that same type of affirmation and pride."

Smith says he wrote "Blackstroanuts," at his altar in his home in Harlem; he says he does his best writing there. "I have books and candles ... I often pray in the morning there, and I sing and I shake my body. I stretch, I release and then things come out that are the truth," Smith says. "I find such clarity and such authenticity and such joy and such pain; the fullness of humanity by myself at my altar at the house."

Apart from performing with Britton & The Sting, Smith has appeared on Broadway in the show Be More Chill and co-founded an anti-racism nonprofit called the Broadway Advocacy Coalition. Smith says the organization is "geared toward dismantling the systems of racism within and outside the industry," as well as broader issues like mass incarceration and police brutality. Storytelling through art is a motivation and a throughline in Smith's life, especially right now.

"In this moment we have been positioned to really share the truth," he says. "People are listening in a way that I'm excited about."

Elle Mannion contributed to the digital version of this story.