Accessibility links
The Woes Of Technology Churn : All Tech Considered People who bought the iPhone 3G less than a year ago are regretting their early adoption.

The Woes Of Technology Churn

The Woes Of Technology Churn 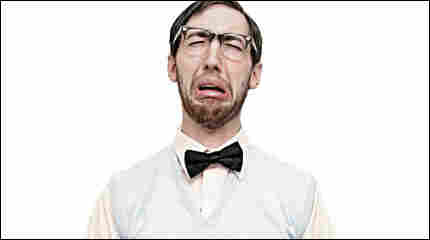 People are probably not crying because they bought an iPhone 3G less than a year ago, but they are probably a wee bit remorseful. iStockPhoto.com hide caption

We've all been there: You bought a first generation flat-screen TV, only to see it replaced in stores by a higher quality, cheaper version a few months later. You sulk and admonish your impulses.

But it's a way of life with technology: you're only current for the first five minutes.

Around the web, lots of people have been griping about how AT&T isn't giving customers who bought an iPhone 3G just a year ago a way to buy the iPhone 3GS at the subsidized price of $199 for the 16 GB version or $299 for the 32 GB version. Instead, each will cost a hundred dollars more and that's if you sign up for an additional two-year contract extension.

It's a bummer. You have my condolences, but Harry McCracken at Technologizer has no pity. He writes:

I'm not that sympathetic towards iPhone 3G owners who want AT&T to sell them the iPhone 3G S at the same sweetheart price as someone who didn't buy an iPhone 3G last year. You agreed to fulfill a two-year contract with AT&T in return for the discount you got last year. AT&T is willing to renegotiate it and give you a proportionate discount on a 3G in return for another year of commitment. Explain to me again what's offensive about that?

Any early adopters out there? Any weeping tales of regret?