Accessibility links
Opera: A Survivor Whose Time Has Finally Come? : All Tech Considered The CEO of Web-browsing trailblazer Opera Software says that the future of computing lies in run-anywhere applications built on universal Web standards.

Opera: A Survivor Whose Time Has Finally Come?

Opera: A Survivor Whose Time Has Finally Come? 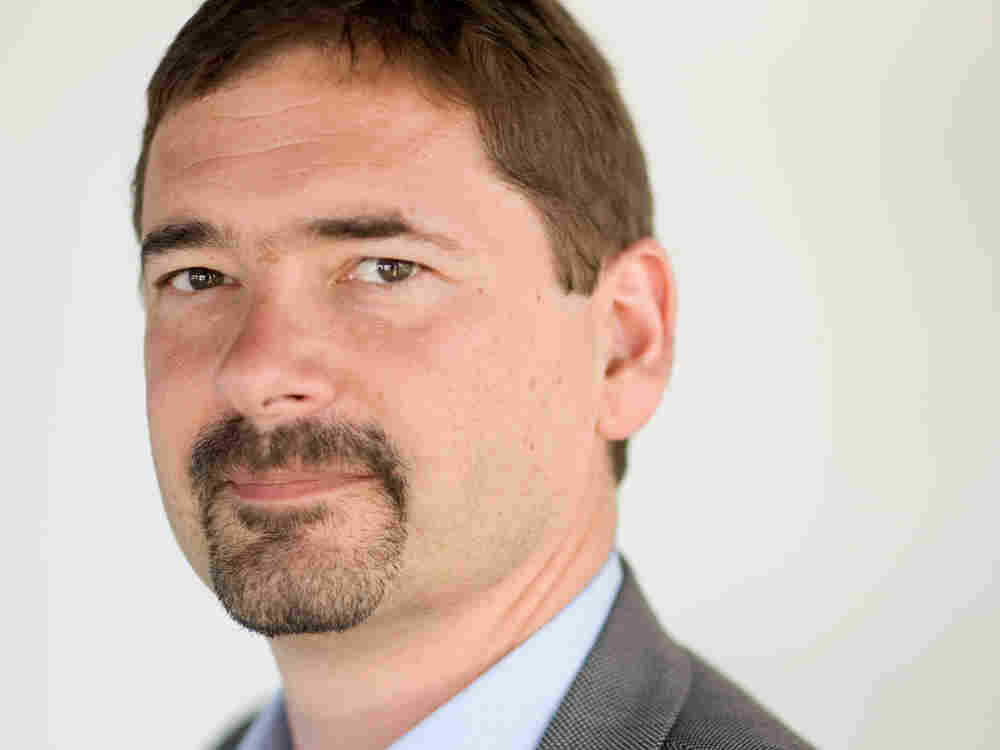 It seems that everyone (but Microsoft) is talking about a future based on open Web standards that blur the line between the Web and the desktop environments. Google is leading the charge, but it's a fight with a long history and a growing horde of supporters. Among them is Opera Software, a nimble stalwart of the browser continuum.

From its earliest days, the 14-year-old Norwegian company has specialized in producing Web browsers. While Microsoft dominated the desktop with Internet Explorer, Opera has worked around the giant from America. The company has had its greatest successes building browsers for mobile devices and for alternative platforms like the Nintendo Wii.

But the anticipated release of their next browser for the PC (they support Windows, Mac and Linux) has many taking notice again of Opera for the desktop. Opera 10 — currently in beta development — will be bundled with a technology platform dubbed Unite. The goal of Unite is to turn any PC into a Web server able to deliver services to any other device on the Internet.

Whether or not Opera 10 and Unite catch fire, the company is on an upward trajectory. It is regularly seeing double-digit growth in revenues and has added more than 200 employees in the last 18 months, bringing its world-wide total to more than 700 people.

The company's co-founder and CEO, Jon Stephenson von Tetzchner, was in Washington, D.C., a few weeks ago and we took the opportunity to learn more about a company that isn't as well known in the United States as it is elsewhere.

Here's what we found out:

What is Opera?
We're the oldest browser company in the world that is still standing. Netscape was before us, and there was Mosaic and the like, but they're gone.

From the beginning we were competing with large companies. You had IBM, you had Siemens Tech, you had Apple, Oracle, Sun; they were all making browsers in the early days. And they all gave up because they considered the space too difficult. It would become a fight between Netscape and Microsoft and, fairly quickly, Microsoft won that battle.

What made you think you could take on the big guys, that you could succeed?
I think the question was more like, "Why not?" Our belief was, "Why shouldn't we be able to make something that a fair amount of people would like?" And fairly quickly people started using our browser and they liked what we had done.

Mozilla is a unique competitor. How do you see them?
They're definitely out there competing, but in slightly different ways than we are. Their focus so far has been purely on the PC, while our focus has been on every device.

We are the only company in the world that delivers browsers on every imaginable device, including the PC, mobile phones, set-top boxes, cars, the Nintendo Wii and the Nintendo DSi.

We are the number-one browser outside the PC space.

We have the [Nintendo] DS and the Wii. We've been doing deals on the mobile side with Virgin and Sprint. And we just announced a new deal with a major operator in the U.S. We can't say who it is. But I think that [it] will be noticed when they start to launch.

So, people will be seeing more and more of Opera moving forward.

You say you're a "pure play" browser company. Is the browser — as we know it — going to exist in five years? Will it be replaced by Web-based widgets outside of stand-alone browser windows?
I do hear this, particularly in the U.S. And I hear it particularly related to the iPhone.

You're finding two things that are happening. One is that all content and applications are moving on top of the browser. It's happened on the PC already.

You're now able to choose a Mac and it doesn't really pain you at all because all of the applications you need are in the browser.

But couldn't you just throw away the browser window and use the same technology to build discrete widgets?
I think you'll do both. Most native applications, over time, will be replaced by browser-based widgets. I think that's clearly the direction things are going. So it will be browser based. But it's depending on what you want to be doing; applications are good for some things.

In the mobile space, in some ways we are going against the normal trend there. I'm thinking that's a little bit [of a] detour, in some ways.

How so?
Because, for example, on the iPhone we're going for native applications for a little while. To me that is going back in time. In Europe and in Asia you've been able to download applications for years. Apple makes beautiful stuff; they make it look better. But the principle of downloading applications to your phone has been very, very normal for a long time, in particular in Japan and Korea.

That the [iPhone] applications may be more complex, or better and better looking, doesn't really change anything.

We're moving more toward Web-based technologies — I think that's very clear — and a common platform for all development.

What's the evolution going to be like? How's it going to affect the end user?
You, as an end user, you will not know whether an application is native or Web based. You will not be able to see it, just like you are not able to see whether it [a native PC application] is written in C++, Pascal or Basic. That is the direction things are going.

You see a future dominated by browser-based apps, not necessarily discrete widgets?
Widgets to me, if done right, are basically a Web browser in a separate window. Whether the applications are in separate windows or running in the browser window with the browser Chrome, to me that doesn't matter.

And that's a new thing. But it just makes so much sense.

Unite was a big announcement; what's next?
We're always working on something big. But I have to say, I see Unite as a fairly big deal. I see Unite, and similar technologies, being the next natural step for the Web.

We go from a Web where it's basically replicating the real world, the world where there's producers and consumers, to the Web 2.0 where the line is starting to blur a little bit. But it's all still in the cloud. And then, what comes after the cloud?

Well, we're thinking that every device can be both a producer and a consumer, provide services.

From a technical point of view, this opens up a lot of interesting solutions.

Will Unite be used for people to access their own data from the road, or will it be used to share data across big groups?
I think people will make some really cool solutions. Because suddenly you have distributed computing power as well, potentially.

You can have access to your own data, including, potentially, from one device to another one. For example, your stereo can stream music to your car. To build that is a piece of cake. Well, actually, that's one of the [Unite] demo services already.

One of the criticisms in the wake of the Unite announcement that the "direct connection" between devices runs through Opera's proxy servers.
I can tell you [that] we would like as little traffic to go through our servers as possible. From the end-user's perspective, it is going direct. Now, it happens to be routed through our service at this time.

If you don't like that and you'd like to use another service, and get your own name, there are services that provide dynamic DNS. You can do that.

We're trying to do this as simple and as flexible as possible.

Unite is just for developers right now?
Currently, you can download it and you can play with it. It's a lab release at this time. You can call it an "alpha version" or a "showcase." But it will be part of Opera 10.

And when will the Opera 10 browser be released from beta?
As soon as possible. "When it's ready" is the normal answer!

Is the rise of the iPhone and Android a challenge for Opera? How has it affected your company?
It's been positive. Up until Steve Jobs went up on stage and said that he had invented mobile browsing, we were the only ones that were saying it actually made sense to browse the Internet on your mobile phone.

So, the fact that we now had a big ally in Apple, not as a partner but as a company that was going out and saying the same thing as we are doing, that's very positive.

The same applies to Google. Google goes out and talks about the importance of the Web and Web technologies. They're doing their mobile platform in Android, a platform that we can deliver on. We've made Opera Mini available for it already.

There is clearly a positive trend toward providing Internet everywhere.

I'll add another one. I've got a lot of questions about Chrome as well. People ask me, "What about Chrome? Isn't that taking market share away from you?"

The net effect of Google Chrome has been 20 percent more downloads of Opera every day since [the Google browser's release].

Why do you think that is?
The biggest issue that all of us face is inertia. It's those people that have IE [and] don't understand there is another browser out there, don't consider there is an option and never download anything.

When you are talking about one browser, you'll mention a few other competitors as well. Every time someone was mentioning Chrome, they'd also mention the fact that Chrome borrowed a few features from Opera. And then people downloaded Opera to have a look and we got more users.