Accessibility links
Windows 7: Microsoft's Lucky Number? : All Tech Considered Windows 7 is here, cue the balloons and showgirls. It's Microsoft's attempt to reclaim some relevance in the world of computer operating systems (you know, the software that makes your computer work, or not). 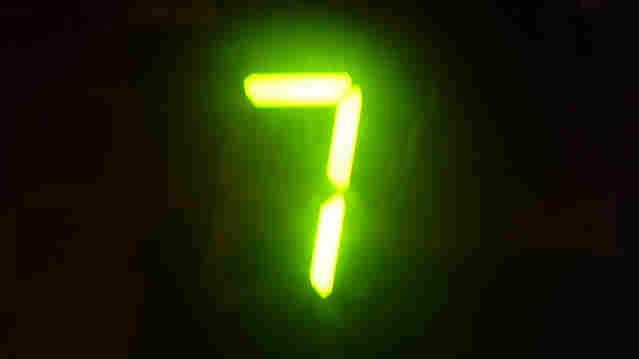 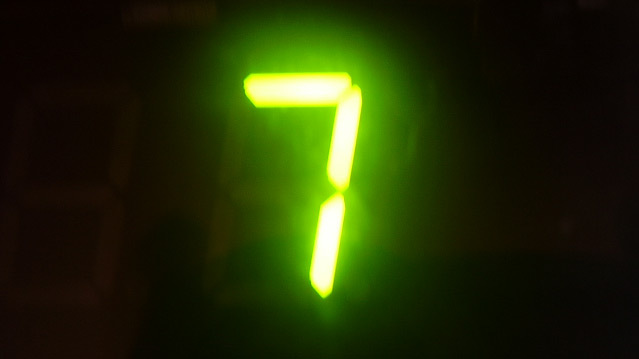 Windows 7 is here, cue the balloons and showgirls. It's Microsoft's attempt to reclaim some relevance in the world of computer operating systems (you know, the software that makes your computer work, or not).

It's hard to believe a company that still dominates in OS market share (90 percent +/-) with its ubiquitous Windows franchise is having to convince the public it can still build a product people actually want to buy. It's also hard to believe that only yesterday (and by that I mean more than 20 years ago) I was zipping right along with MS-DOS and WordPerfect on a Compaq lunchbox-portable computer with an orange-monochrome screen and a modem. No graphical Interface! No Mouse! No Web! Just a command-line prompt and some electronic bulletin boards to dial into!! But I digress.

We are in the modern world now and, while Windows continues to be the default OS, everyone is talking about Mac OS X, Linux and the second coming of, wait, no, just the much-anticipated arrival of Google's Chrome OS.

The future is the Web, not the OS, and everyone knows it.

Still, the pundits, geeks and analysts living in the cloud have taken some notice of Windows 7. The conventional wisdom is that it's the OS that Windows Vista should have been. And it should be good enough to convince businesses and consumers alike to finally switch from Windows XP, which was first released in 2001.

David Pogue at the NYT says "Windows 7 Keeps the Good, Tries to Fix Flaws" and the WSJ's Walt Mossberg calls it "A Windows to Help You Forget." Even Engadget's exhaustive review concludes that "Windows 7 is great news for those millions of souls" who use Windows.

You can just hear the cash registers ringing-in an avalanche of upgrade sales. And that's probably how Microsoft judges relevance. Everyone likes buzz and public acclaim. But most companies really judge success and relevance on the bottom line. Microsoft is no different.

Word on the street is that you can't call the switch from XP to Windows 7 an upgrade. The process really amounts to switching to a new OS. They may both come from Microsoft and be called "Windows," but they're very different beasts. Apparently it's much easier to move from the much-maligned Vista to Win7.

A quick search of Google (I could have used Bing, but old habits die hard) turns up articles with headlines such as "How-To: Install Windows 7 and live to tell about it," "Windows 7 upgrade can take nearly a day" and "What is a Windows 7 upgrade, really?"

I can't really speak to the upgrade issue. I did a clean install of the Windows 7 preview that Microsoft released months ago and it was easy, FWTW.

This is probably as good a time as any to recount the history of Windows because, like me, you're probably thinking that this must be the seventh iteration of Windows. Let's count:


So I count 11 main releases. The name must signify something else. Or I can't count. (Let's also not forget that there have been myriad variations on the WIndows OS that I'm not counting, such as "Windows XP Tablet PC Edition"). So I googled my question and found a plausible answer from Ed Bott on ZDNet. He suggests that it's the seventh main release of the Windows NT branch.

Whatever the reasoning behind the number "7," the real question is whether it adds up as a worthy challenger to the darlings of the moment, Mac and Linux. The answer has been, mostly, "yes."

Linux users have been open about seeing the improvements evident in Windows 7. Although, as this TuxRadar piece concludes, Linux does almost everything as well or better and is an open system.

The seemingly eternal Mac vs. PC discussion is now balanced again, with observers seeing a virtual tie where only recently Mac OS X had been the clear leader. Some, like Walt Mossberg, give the edge to Mac, others, including Joe Wilcox at Betanews, give the edge to Win7. It's close either way.

So, by all accounts, mission accomplished, Microsoft!