Accessibility links
'Avatar': Cameron's 3D Cure-All May Be A Placebo : All Tech Considered Hollywood is impatiently waiting for 3D technology to change the way we see entertainment. But while James Cameron's Avatar is a technical marvel, it's not likely to solve the movie industry's problems.

'Avatar': Cameron's 3D Cure-All May Be A Placebo

'Avatar': Cameron's 3D Cure-All May Be A Placebo

Hollywood is impatiently waiting for 3D technology to change the way we see entertainment — everything from feature films to concert movies to television. Many people think that when James Cameron's Avatar hits theaters, the watershed moment will have arrived. 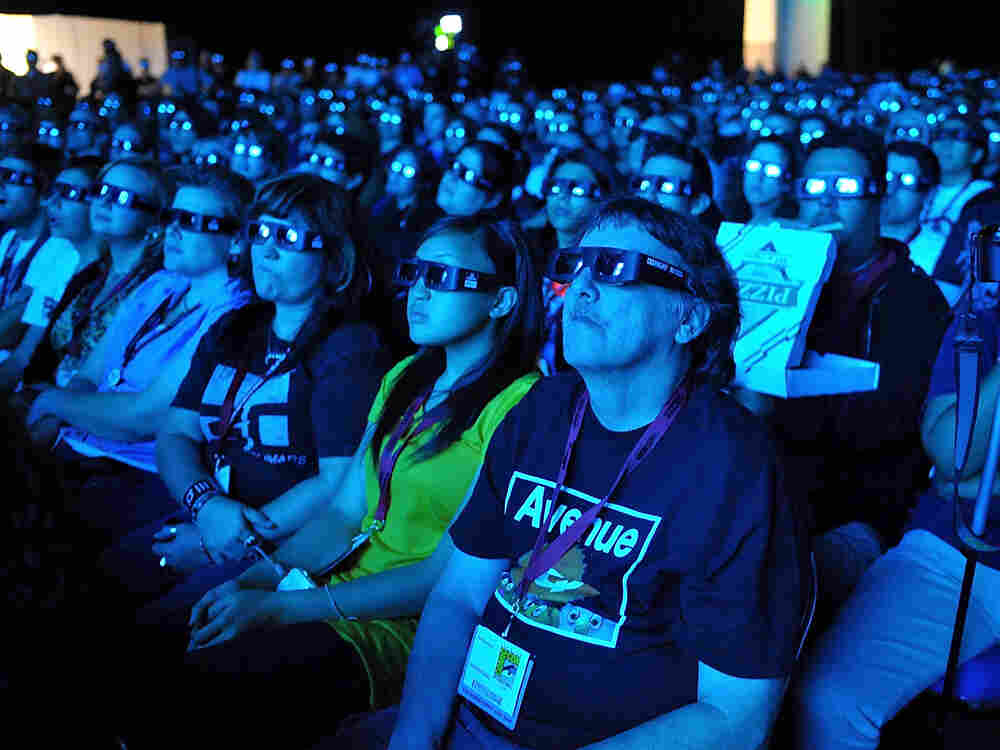 Fans watch an Avatar presentation at Comic-Con 2009. No word yet on whether a pizza is included with every pair of glasses. John Shearer/Getty Images hide caption 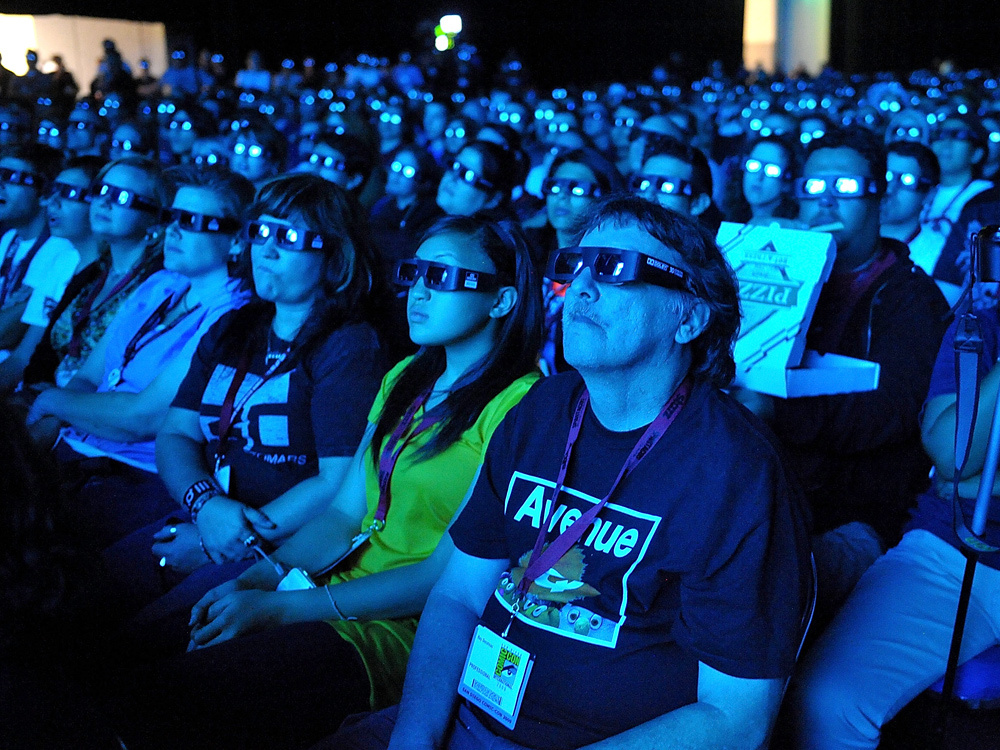 Fans watch an Avatar presentation at Comic-Con 2009. No word yet on whether a pizza is included with every pair of glasses.

And 20th Century Fox, which is releasing the film, is doing everything it can to make it a huge success. Word just came out that Avatar is opening in a record 178 IMAX theaters in America on Dec. 18.

Still, Cameron has to be hoping his movie does better than the 3D experiment conducted Sunday night by another American icon: Jerry Jones' Dallas Cowboys. The mammoth HD monitor at Texas Stadium was devoted to 3D visuals, and fans were given special HDlogix glasses to enjoy the spectacle.

I know what you're thinking, and you're right — it is indeed silly to make people who are at a live event view that live event on a Jumbotron. Especially if they have to take the 3D glasses off to clearly see the game.

The crowd booed, and stadium officials called the whole thing off after just seven minutes — but not before CBS, which was broadcasting the game, gave its announcers a chance to tout the effect — something that was hard to do when the TV images just looked like the lame red-blue-and-blurry 3D junk you might've seen in the previous century.

As for Cameron's Avatar, we shall see — literally. Personally, I find it hard to believe the colors will be as vivid — and images as sharp — if I'm viewing them through a polarized screen instead of seeing them on a (newly affordable) HD TV set at home.

Throw in all the difficulties of distance and perspective within the theaters themselves, and I'd bet only a select portion of any audience — those in the middle of the theater, and from the middle to the rear — will find the experience worth the extra cost. Especially, to indulge a cliche, "in these economic times."

[Side note: for anyone who wants to know how the new 3D tech works, there's a pretty nice Science Channel recap of it on YouTube.]

I'm aware that this could just be a reflexive, closed-minded belief that Hollywood is as lame as it is money-laden, but I will be truly surprised if this kind of 3D experience is a game-changer. If your path to success is paved with uncomfortable glasses that always seem to spark claims that they induce headaches or nausea, forgive me for staying off your bandwagon.

But, on the other hand, if you intend to consult visionary smarty-pants like Johnny Chung Lee — who hacked a Wii to turn any HD set into a freakily awesome 3D system — then you might just be onto something.

Lee's targets-floating-in-space demo was a sensation on YouTube, and blew away a TED audience. So, there's promise in 3D. But the problem lies in translating that cool, single-perspective stereo vision to a horde of people in a megaplex theater.

And that's exactly what the folks who make flat-screen TVs are betting on. 3D televisions from Samsung, LG, Sony and others are on the way. A Sony exec even thinks that 3D sets might account for half of all HDTV sales within 4 years.

But that's a long way off — for now, will I go see Avatar in a theater? Probably. But I don't expect Americans' taste in entertainment — or the allure of leg-room, free popcorn and a Pause button — to change because of it.