Accessibility links
Google Releases Its First 'Super Phone' : All Tech Considered In unveiling the Nexus One, Google takes aim at Apple's iPhone. Google touts the new phone's open platform and "always-on applications." Among its features are active noise cancellation and a 5 megapixel still and video camera. 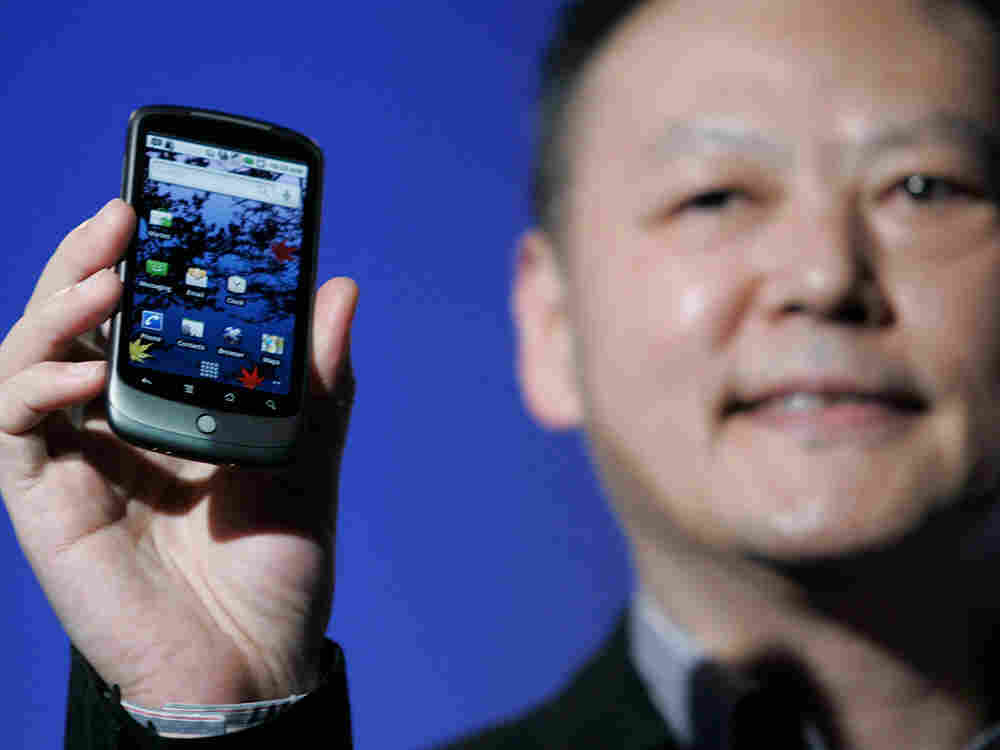 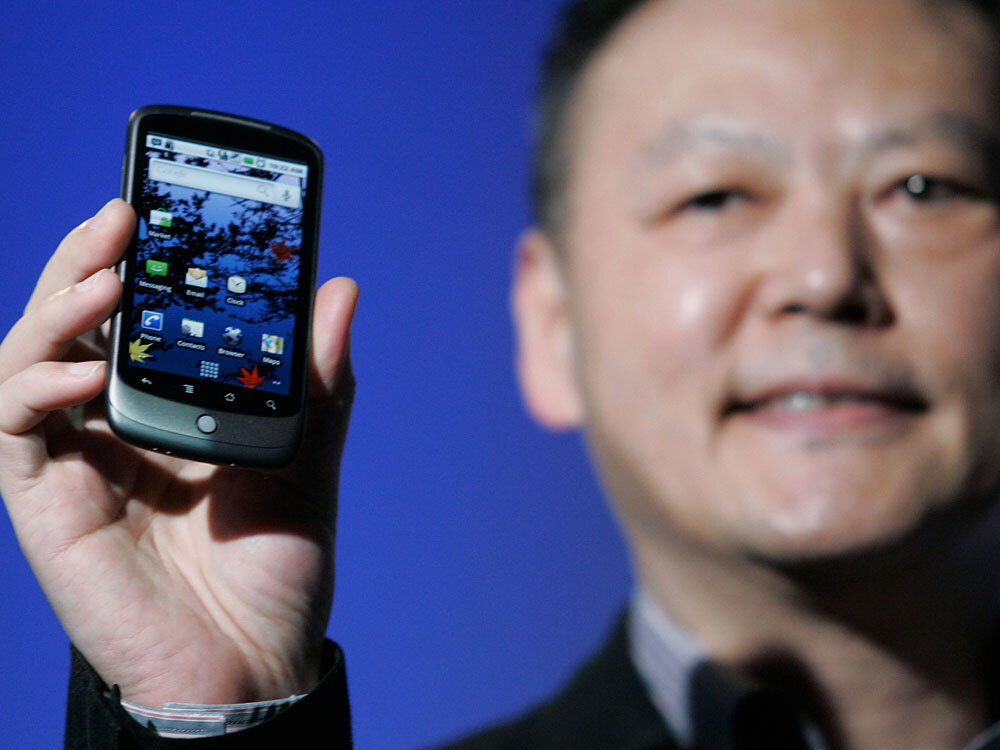 At a press conference in Mountain View, Calif., Google just unveiled its much-ballyhooed iPhone killer, the Nexus One. A number of the major tech sites live-blogged the event, including CNET, Engadget and Gizmodo, plus you had the requisite tweet storm from countless people following the rollout. In case you missed it in real time, though, here are some of the basics about the new Google phone. 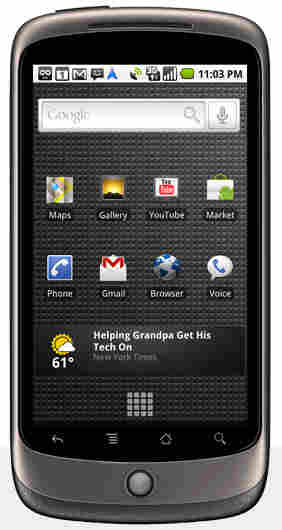 The phone will set you back $179 if you buy it with a two-year T-Mobile contract, or $529 without any service. Screenshot/NPR hide caption

At the conference, Mario Queiroz, vice president of product management at Google, described the Nexus One as a "super phone" based on an open platform (Android) with an open marketplace (the Android Market) - in direct contrast to the iPhone. In another comment indirectly targeting Apple, Queiroz noted how it supports "always-on applications to be running in the background."

Regarding tech specs, the Nexus One features a 1 GHz processor, 4 gig Micro SD card, a 3.7 inch display and an LED trackball that will pulse for email and phone notifications. Under the hood you'll also find a compass, GPS, accelerometer, light sensor and proximity sensor. Additionally, they've managed to include active noise cancellation technology - a first for an Android-powered phone - and a five megapixel camera that shoots photos and video, putting it in line with Nokia N-series phones and ahead of the iPhone's 3 megapixel camera.

The Nexus One is also running the latest version of the Android operating system, which has gotten some new tricks up its sleeve since the recent Droid rollout. Its voice recognition tool now offers speech-to-text conversion for any type of text field, such as Gmail emails. They've also added a new feature called "live wallpaper" that allows you to run dynamic animations in the background of your home screen, such as a frequency spectrum of the music you're playing, or a pond you can "ripple" with your finger.

Google also rolled out a Web store for the phone, allowing you to purchase the phone directly from them, rather then requiring customers to purchase it through a phone provider's Web site. The phone will set you back $179 if you buy it with a two-year T-Mobile contract, or $529 without any service. Verizon and Vodaphone are also on board for later this spring, though pricing information hasn't been released yet.

No doubt we'll see countless reviews of the device, but one of the first ones to come out of the gate is courtesy of Techcrunch's Michael Arringon, who gives it a big thumb's up:

I've been using the Nexus One with TMobile since mid-December as my primary mobile phone. This is the best Android powered phone to date. It's also the fastest and most elegant smartphone on the market today, solidly beating the iPhone in most ways. In this rapidly evolving market there is sure to be something better just around the corner. But if you are looking to buy a high end smartphone right now, this is the phone for you. The Nexus One is the Android signature device.

In case you missed it, NPR's Laura Sydell got to try it out and offered her own thoughts yesterday. Meanwhile, we'd like to hear from you. Have you gotten your hands on one yet? If so, what do you think? Are any of you planning to make the switch from the iPhone?