Accessibility links
Missing Internet Pioneer Phil Agre Is Found Alive : All Tech Considered Internet publishing pioneer Phil Agre, who was reported missing several months ago, has been found, apparently safe and sound - though the reasons for his disappearance remain unclear. 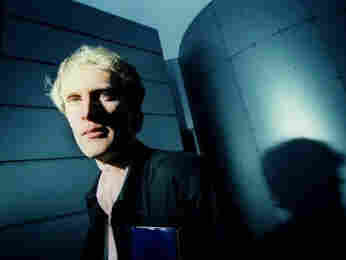 You might recall that a couple of months ago we reported on the mysterious disappearance of Phil Agre, a well-known Internet researcher and online publishing pioneer with fans all over the world. Agre was one of the first Internet personalities, thanks to a popular email newsletter he began publishing in the 1990s.

Nonetheless, he somehow managed to vanish with no sign of him at his home or office for months. Friends and family feared the worst, but hoped for the best. Some even created Web sites and Facebook pages dedicated to finding him.

Well, apparently the search is over. The UCLA police department has updated their missing persons bulletin for Agre with the following news: "Philip Agre was located by LA County Sheriff's Department on January 16, 2010 and is in good health and is self sufficient."

This rather terse statement doesn't go into any further detail, so it doesn't shed any more light on what Agre has been doing in recent months, except confirming that Agre had indeed gone off the grid rather than being harmed. Nonetheless, the news should relieve Agre's family, friends and fans that he is indeed safe.

UPDATE, 1/31, 6:55pm: I received an email from one of the people who has actively been involved in the search for Phil, and she isn't satisfied with the information released by the police. "For several reasons we cannot provide details, but what we can tell you is that the police did talk with Phil for a few minutes," she said. "Police standards for removing a missing persons notice is quite minimal. Those of us guiding the search for Phil have more detailed information about the interaction between the officer and Phil that is not being made public. The information we did receive gave us no evidence that he is actually "safe". Therefore we are continuing to search for him."