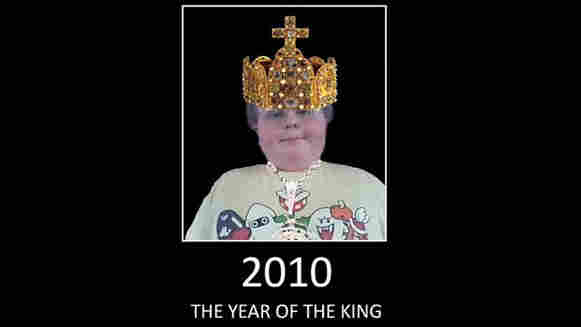 Luke Taylor, aka Lukeywes1234, as seen in one of the hundreds of tribute videos created in his honor by members of 4chan. Kr4zyS3xy/Youtube hide caption 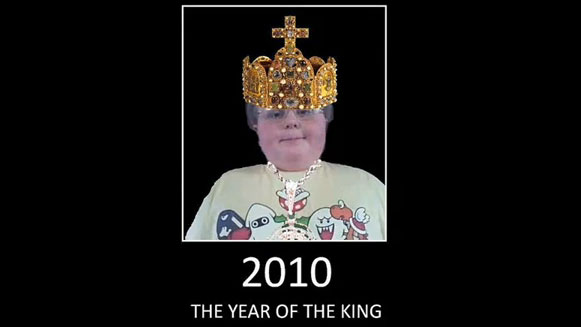 Luke Taylor, aka Lukeywes1234, as seen in one of the hundreds of tribute videos created in his honor by members of 4chan.

Let me explain. Thanks to the members of the online community 4chan — regarded either as merry pranksters or trolls depending on your perspective — YouTube woke up this morning to newly uploaded videos that intersperse innocuous footage with images that are most decidedly NSFW.

Known in real life as Luke Taylor, Lukeywes1234 is a typical eight-year-old boy who likes Super Mario Bros and Harry Potter. He created a YouTube channel to talk about his interests, as well as do fun things around the house. He had a handful of YouTube subscribers and probably thought it would always remain that way. In this video he pretends to hunt down some ghosts.

In recent days, members of 4chan began encouraging each other to subscribe to his channel and comment on his videos. Suddenly, Lukeywes1234 found himself with hundreds, then thousands of new subscribers offering a surprising amount of positive encouragement. Practically overnight, it seemed like he was turning from just another anonymous kid to the next big meme.

Remember when I mentioned he was eight years old? Well, that's five years below YouTube's minimum age requirement. When you try find the original videos from his channel, you're greeted with a message saying his account was suspended for violating the site's terms of service. From a site management perspective, it was a perfectly logical thing for YouTube to do given his young age, but it was tantamount to throwing the gauntlet at 4chan.

Now 4chan is exacting its revenge. They've encouraged their members to upload videos containing a blend of both innocent and adult footage, with the video set to private, so no one could see it initially. Then once today came around, they would switch the videos to public, leaving Youtube scrambling to remove the videos before unsuspecting users looking for cat videos and whatnot found themselves accidentally watching fetishes that couldn't even be described on NPR without the FCC blowing a gasket.

Though Lukeywes1234's account is no more, his legend lives on. At last count, there were more than 250 tribute videos dedicated to him, many of which utilize footage from his original videos, like this one:

I spoke with YouTube spokesperson Scott Rubin this afternoon. He said YouTube first heard of 4chan's activities via blog coverage in the last 24 hours, but they didn't feel the need to prepare any special defense for it.

"For the most part, it's another day in the life of us," he said, noting that YouTube receives 20 hours of new video per minute, requiring a large system of community flagging and YouTube staff reviewing content to begin with.

Rubin said this is also not the first time the folks at 4chan have tried something like this.

"Our system is really rigorous," he said, "and we're prepared to keep the site safe all the time."