Accessibility links
This Ain't Your Mother's Farmville — Well, Actually It Is : All Tech Considered A new study found the social game Farmville is popular with exactly the people you would never expect it to be: Moms.

This Ain't Your Mother's Farmville — Well, Actually It Is

This Ain't Your Mother's Farmville — Well, Actually It Is 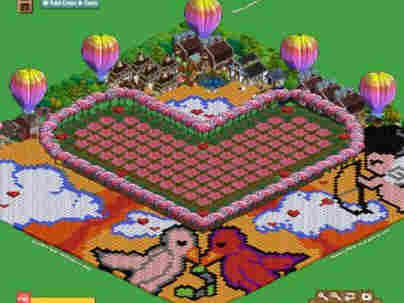 I know. Take a second to let it sink in.

And a new study sponsored by PopCap found some interesting demographic data about all of those folks clogging your FB newsfeed with updates about helping tend their digital farm. PopCap is an online gaming developer that's been in business since 2000. Their biggest hit is the game Bejeweled.

The average Farmville user is a 43-year-old woman. More women than men are "avid" users of social games like Farmville. Women are more likely to play these games online with their relatives and real-world friends than men. Two-thirds of these social gamers play at least once a day. One in four spend money playing them.

All Facebook's Application Statistics show that Farmville will soon have more than 80 million active users on Facebook — 31 million of those will be playing Farmville daily.

They also report that Farmville players recently raised over $1 million dollars for Haiti relief by buying virtual Farmville gifts. And on Valentine's Day, they sent more than 220 million virtual Valentine's gifts to their friends on Facebook.

The craziest statistic? Of the 200 million people who log into Facebook each day, 15 percent of them are playing Farmville.

And now we know that one of them might very well be your Mom.