Accessibility links
When Legit Companies Advertise On Pirates' Sites : All Tech Considered An independent filmmaker was upset when her film was pirated. But she was dismayed when she realized legitimate companies were inadvertently helping them.

This isn't one of those stories about a big Hollywood company suing a big Silicon Valley company for copyright infringement.  This is about a struggling independent filmmaker just trying to make a living doing the work she loves. 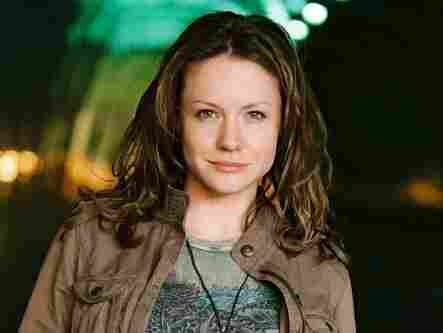 toggle caption
And Then Came Lola

Ellen Seidler released And Then Came Lola this spring. Seidler describes her film as a "lesbian romantic comedy." In the tradition of many independent filmmakers, Seidler and her co-director Megan Siler used $250,000 of their own money and paid for the feature through personal loans, refinancing and credit cards.

They've yet to see a profit.

Shortly after the release of And Then Came Lola, unauthorized copies of the film began to appear on web sites that specialize in pirated movies and TV.  That was frustrating enough but Seidler's blood temperature went up about ten degrees when she saw the ads surrounding the movie on the websites. 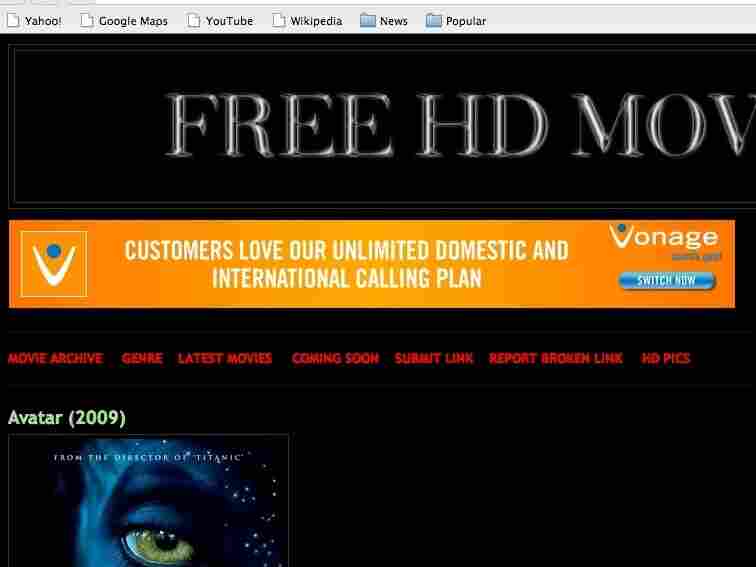 This Vonage ad was part on a site (freehdmovie.net) that specializes in distributing Hollywood films for free and more than likely illegally.  NPR hide caption 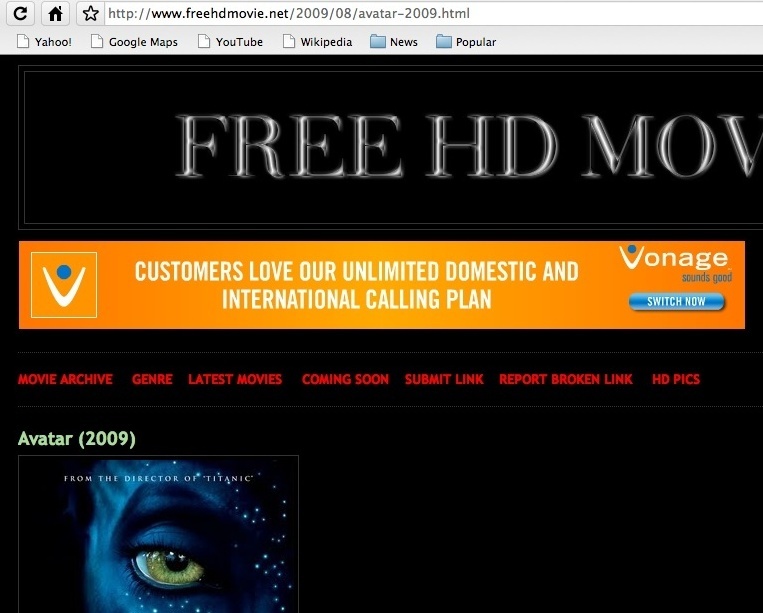 This Vonage ad was part on a site (freehdmovie.net) that specializes in distributing Hollywood films for free and more than likely illegally.

Seidler wrote on her blog PopUpPirates,  "The ads were not limited to cheesy online gaming sites, etc.  Rather they include a number of legit companies like Sony, Radio Shack, Porsche, AT&T, Chase, Auto-Zone and even Netflix."

In the last few weeks, Seidler has sent out take down notices to hundreds of websites. But, she also wanted to let the advertisers know that they were helping to support those sites.  She says the response hasn't been one of overwhelming shock or action.

Seidler got in touch with Netflix but it sure doesn't look as if they've done anything to get the ads taken down.

I called up Netflix and spoke with Steve Swasey in the media relations department who remembered Seidler's call.  He seemed surprised that nothing had been done.

"We do whatever we can to protect the Netflix brand," he told me.

But, for Netflix piracy isn't hurting their growth, which was up 35 percent year over year.  Netflix may even be getting some new customers on those sites who might discover the convenience of legal streaming and downloading.

Many of the ads Seidler found were from Google's Adsense, which sites sign up with to get ads and ad revenue. Google doles out advertisements to those sites using one of its secret algorithms.  A Google spokesperson told me that it's Google's policy not to display ads on sites with copyright violations.

Unfortunately, someone has to notify Google about every single site where there is a problem.

Seidler says, "I not only have to list the URL of the page but have to copy and paste links to every link to infringing content.  You can easily see what a burden this places on us while Google/AdSense/Doubleclick etc. could easily prevent it."

The Motion Picture Association of America has been in touch with the Interactive Advertising Bureau, a trade group for online ad agencies. The IAB has pledge to work with content producers to make sure that ads don't inadvertently end up on sites peddling unauthorized copyrighted material.