Accessibility links
A $35 Tablet? India Is On The Case : All Tech Considered The Indian government unveiled a $35 prototype of a touch-screen tablet for students. If it's produced, it would be the world's cheapest. Inexpensive touch-screen tablets have global appeal because there's no need for language-specific keyboards. 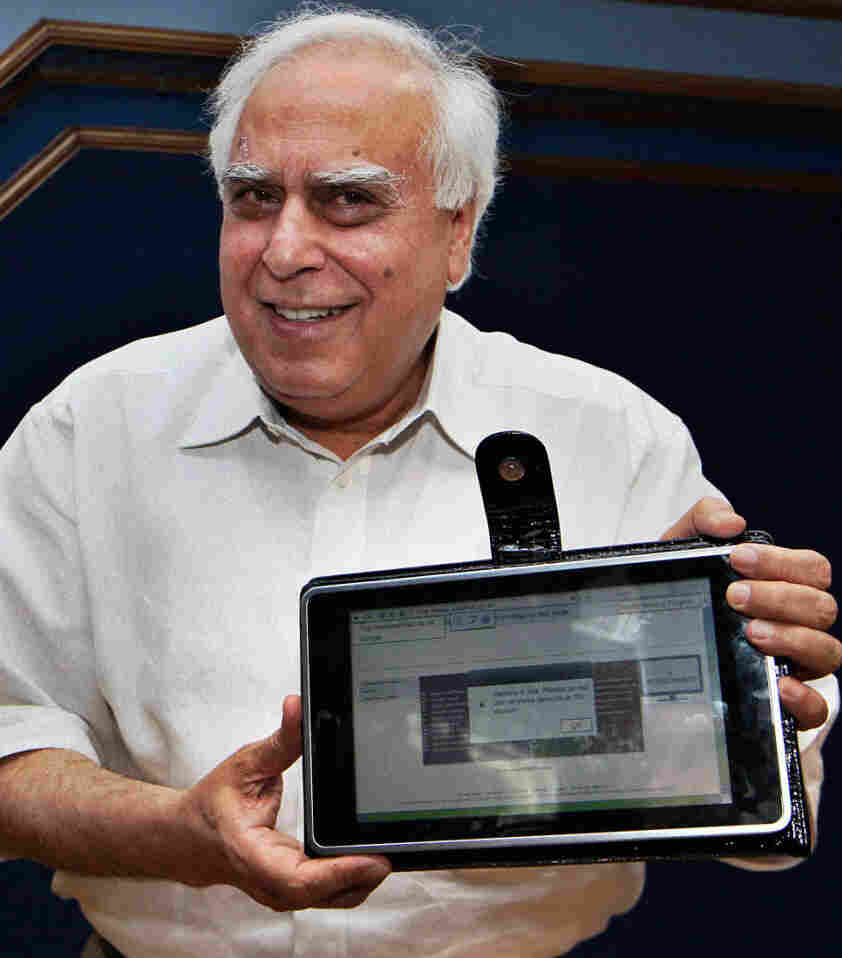 Can you imagine a tablet computer priced less than the cost of a textbook?

It may soon be a reality. The Indian government unveiled a $35 prototype of a touch-screen tablet for students that could be a game changer in the consumer electronics world. That's because it would be the world's cheapest if it goes into production, according to the Guardian.

"I am a little surprised that they hit a price point as low as they did," says Dmitriy Molchanov, an analyst for the Yankee Group. But he says it's part of a trend: "Within two years, extremely low-cost tablet devices are going to be the norm."

India's human resource development minister, Kapil Sibal, said on Friday that the government is already in discussions with manufacturers to produce the device by 2011. He called the device India's "answer to MIT's $100 computer."

MIT professor Nicholas Negoroponte spearheaded the One Laptop Per Child project (OLPC) in 2005 with a prototype for a $100 laptop. The project now has a durable laptop, the XO, that is sold to governments and non-profit organizations at a cost of about $200.

OLPC also plans to create an inexpensive tablet that would sell for $99.

Unlike laptops, Molchanov says touch-screen tablets have the ability to "scale across the entire world."  That's because there's no need to produce a variety of keyboards to accommodate the range of languages.

India's tablet, which would use a Linux operating system, bears some similarity to Apple's iPad. It could be used for word processing, surfing the Internet and video conferencing.

There's also a solar-power option that would be available for an additional cost. Analysts say this is an important feature since some rural areas of India don't have easy access to electricity.

India said it plans to subsidize the cost of the laptop for its students, which would bring the final price tag even lower.

With additional reporting from The Associated Press.

Share your thoughts below about how the introduction of a low-cost tablet would impact students in the U.S.