Accessibility links
Gov't Unlocks Apple's iPhone But Is The Jailbreak Era Over? : All Tech Considered The iPhone ecosystem, which Apple protects with the ferocity of a Smoke Monster, is about to get wilder. And we have the Library of Congress and the Electronic Frontier Foundation to thank for it.

Gov't Unlocks Apple's iPhone But Is The Jailbreak Era Over?

Gov't Unlocks Apple's iPhone But Is The Jailbreak Era Over? 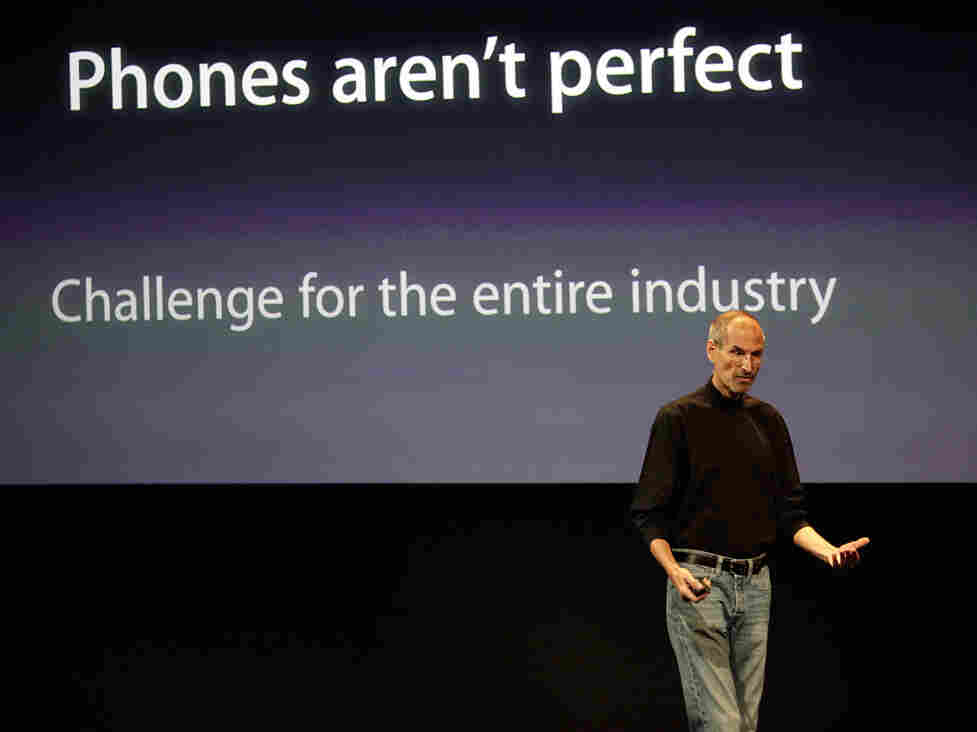 Even the iPhone isn't perfect, as Apple CEO Steve Jobs admitted in a press conference earlier this month. But new government rules should make it easier for phone owners to try new ways to make their phone perfect -- for themselves. Paul Sakuma/AP hide caption

The iPhone ecosystem, which Apple protects with the ferocity of a Smoke Monster, is about to get wilder.

And we have the Library of Congress to thank for it.

Librarian of Congress James H. Billington has ruled that it's legal for Apple iPhone users to modify their phones' software, in response to a request by the Electronic Frontier Foundation. In doing so, he rejected Apple's argument that jailbreaking -- circumventing controls to run unapproved software on the iPhone -- is against copyright law.

If you're scratching your head over how Billington could do that (I admit it: I was), here's some background: The Digital Millennium Copyright Act (DMCA) requires him to rule on conflicts between copyright and fair use/fair access every three years.

First Consumer Reports bashes the iPhone 4's receptile dysfunction, and now the Library of Congress tosses out Apple's claims that it alone should decide what software can be placed on the device.

What other entrenched, unimpeachable American institution will be the next to take Apple down a notch? Betty White?

But in all seriousness, in addition to clearing the way for unapproved apps on the iPhone, the new rules allow phone owners to break wireless carriers' controls on their phones, as well.

The new rules apply to all phone manufacturers. Apple was named in the EFF's request because its popular smartphone and closed app market placed it at the nexus of the issue.

An 81-year-old man reining in a tech company known for its next-generation gadgets may strike a chord of cognitive dissonance with many folks. But Billington's decision underlines an intrinsic flaw in the U.S. cellphone market. For too long, Americans who buy cellphones have been treated like second-class consumers.

It's important to note that the new rules don't force Apple to change how it runs its App Store, or to make sure that iPhone firmware updates play nice with rogue apps. And it's unclear how the change might affect Apple's policy that jailbreaking a phone voids its warranty. (We've reached out to Apple on this and we'll update you with their response.)

But Billington's ruling pushes things in the right direction. Because when you lay out $200 for a phone in America -- then by darn it, you're now the sole owner of that phone. That's not Apple's phone, or Motorola's -- and it certainly doesn't belong to AT&T or Verizon.

The fact that we call it "jailbreaking" when someone tries to customize their phone is a sign of how far we've traveled down a bad road. According to that metaphor, Apple behaves like a prison warden, deciding who gets privileges and who gets punishment.

The argument that such tight control is necessary to preserve a pristine "user experience" for consumers falls apart when a large group of those same consumers go to extreme measures to gain control of their own property -- even at the risk of penalties and voided warranties.

From what I've seen, the "jailbreak" community, like the mp3 crowd of 10 years ago, isn't full of master criminals. It's mostly just people who want to use advanced, even futuristic, phones in a backward environment -- namely, the U.S. cellphone market.

Reading an RSS feed about jailbreaking and other modification efforts, the headlines often take on a pattern, where a flock of stories titled "Unlocked!" is often followed by a smaller batch, with the word "Bricked" in the title.

But now all of that might change, thanks to a case that wasn't about networks, or antennas, or market share. It was about copyright -- the sharing and evolution of ideas.

The exemptions coming from Billington's office expire after three years, unless the conditions haven't changed.  And thanks to this ruling, the situation could be wildly different in 2013.