Accessibility links
Starcraft II: The Coming Of A New Spectator Sport : All Tech Considered On YouTube a pair of video game "sportscasters" have more subscribers than ESPN. It begs the question, are we entering the era of virtual spectator sports?

Starcraft II is a real-time strategy game. It is a game of economy, resource management and combat between large armies all set in a futuristic sci-fi world.  Blizzard Entertainment hide caption

Husky is a sportscaster, but not the kind you’d see on wide world of sports. He casts video games online and people watch.

Sporting competition outside athletics isn’t a new phenomenon. Crowds gather spontaneously to watch chess matches in the park. Chess legend Garry Kasperov has earned enough prestige to become a household name and a political figure in his home country of Russia. As arenas of intellect and wit become more ubiquitous, they also become more part of the mainstream.

It should probably be no surprise that a culture of e-sports evolved around computer games. Professional gaming leagues have been a mainstay of Korean culture for over a decade. The kings of this realm are rewarded with televised events on national TV, sponsorship deals and cult following. The foundation of these competitions is often based on the classic real-time strategy game, Starcraft.

The sequel to the original game returned Monday night with a midnight launch and the power of YouTube is elevating what was once a bunch of nerds in basements to a spectator sport.

Husky and fellow commentator HD – the pair’s handles online – have garnered an enormous following online by casting matches of the Starcraft II beta as if the games were televised sporting events. 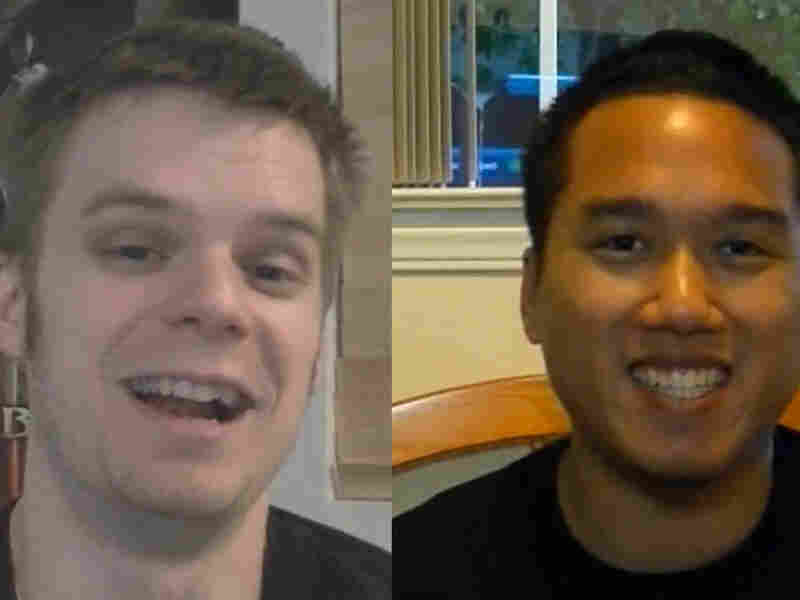 Despite neither Husky nor HD having a sports casting background, viewers flock to their online videos. Between the two channels they have more 250,000 subscribers. That is five times more than ESPN’s channel. They combine for 80 million plus views and are the fourth and fifth most subscribed to channels, respectively, of all time under the "Reporters" category.  That translates into an average 100,000 views per upload.

The duo attributes the success of the Starcraft franchise as an e-sport to its intensity.

“It is kind of like chess on steroids,” HD describes. “The game requires an amazing level of mental dexterity.  The longer a game lasts it becomes exponentially harder.  The more complex it becomes the more things you have to manage simultaneously”

Starcraft II is a real-time strategy game. It is a game of economy, resource management and combat between large armies all set in a futuristic sci-fi world. The game uses three distinct playable races –- Terran, Protoss and Zerg –- to create intense and varied battles between players. The objective of the game is to capitalize on the various strengths and weaknesses of a race to defeat your opponent.

“The game is so balanced. Every match starts on equal footing, but the game is so fast paced and has huge skill cap, making mastery almost impossible,” Husky says. “That keeps it interesting every time.”

Both Husky and HD report they frequently receive feedback from people who say they’ve never played, yet enjoy watching the game as spectators. Husky says people sent him messages through YouTube saying although they had never seen Starcraft before, they thought it was so exciting that they watched hours of his videos.

So, how long before we will see e-sports on ESPN? Not anytime soon, according to HD.

“Maybe that isn’t such a bad thing,” HD says. “There are more and more options on the Internet and that is where we’ve found our fans.”

More than just another viral success story, the growth of Starcraft as a spectator sport creates opportunities for funding e-sports.

The pair held a sponsored tournament called the HDH Invitational while Starcraft II was still in beta. They gathered 16 of the top international players, virtually, of course, and cast every match with the fevered pitch only a knock out competition brings. Not only did the sponsor put up the money to host the tournament, it also offered a cash prize pool.

Husky’s commentary matches the speed of the game, often losing his breath in the excitement of pivotal moments. HD offers a slightly more analytical approach.

“People tend to say Husky is the color while I do more of a play by play when we cast together,” says HD.

Can we expect more of these events? Certainly says Husky.

“You’d be surprised how much interest there is in sponsoring something like the HDH,” says Husky.

As the gaming industry continues to flourish, it only makes sense for coverage of gaming to find its own niche. Husky and HD recently launched a new YouTube channel collaborating with other game casters called the The Game Station. The new channel hopes to make a name for itself as an EPSN style channel for gaming videos.

For a taste of what Husky and HD offer, check out the final series from the HDH Invitational.

Times are changing. Perhaps, soon, the kids will gather in the park -- laptops in tow.