Accessibility links
Lost Privacy, Naivete On The Internet : All Tech Considered When it comes to online privacy, I’m like a smoker circa 1965. I don’t want to admit there’s a problem. But being willfully apathetic isn’t doing it for me this week. There’s been so much privacy news that even I’m starting to get worried. 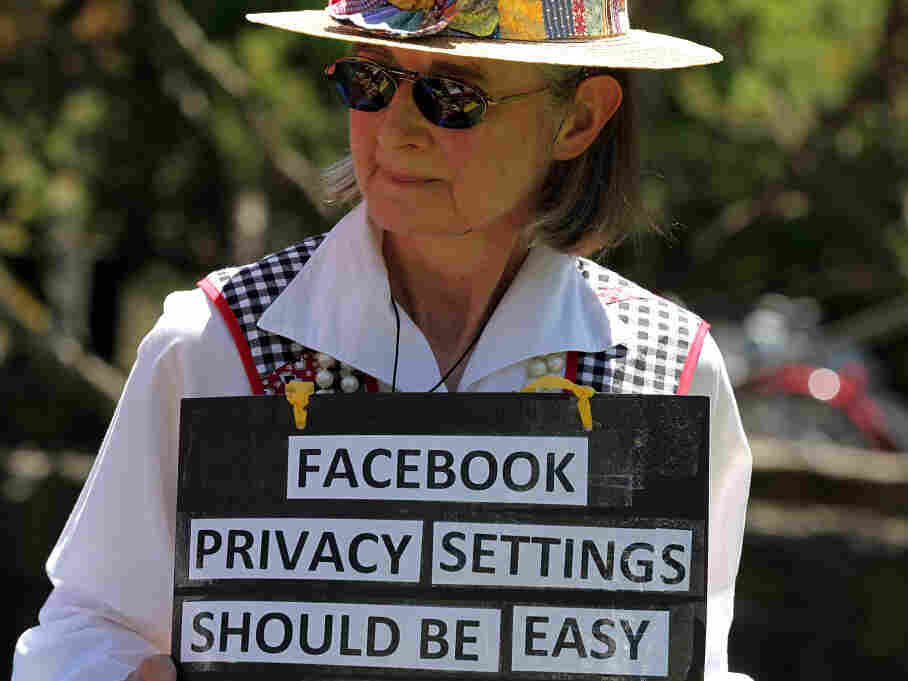 The BBC reported today that someone has gathered and published information on about 100 million Facebook users. On the surface, it’s not as alarming as it sounds. All of the information was already publicly available, via Google and Facebook’s own search. But the man who did it, security consultant Ron Bowes, did so to show how much privacy we’ve given up.

When it comes to online privacy, I’m like a smoker circa 1965. Despite all the evidence, I don’t want to admit there’s a problem. But being willfully apathetic isn’t doing it for me this week. There’s been so much privacy news that even I’m starting to get worried. I mean, what apps can I download and what social networks can I use without giving up too much?

Even the most innocuous-sounding things have turned out to be questionable. For example, MobileBeat wrote about an Android Wallpaper App that takes SIM card numbers and subscriber information, and sends it to a mysterious website in China.

Then there’s Nuance, which dominates the voice recognition market. Nuance offers a free iPhone app. Speak into it, and it turns your words into to text. But The New York Times reported that Nuance keeps copies of those spoken messages, using them to test and improve its own voice recognition algorithms. This database of private speech patterns has become incredibly valuable for the company.

Even the friendly sounding Ask Facebook has problems. It’s a new feature that’ll be rolled out soon, allowing people to ask the Facebook community questions. I could get advice on where to eat in San Francisco, or how to treat a sunburn. It sounds incredibly useful, but the newly minted skeptic in me suspects Facebook will use this information to track our movements further.

Lately we’ve been more concerned about private corporations invading our privacy than the government, but the government is playing catch up. The White House has proposed making it easier for the FBI to monitor Internet activity. And both Google and the CIA have invested in Recorded Future, a company that combines tweets, blog posts and websites to predict future events.

I wonder where all this is headed.

1984 is the crazy comparison. I think The Minority Report is only slightly more realistic, because it's not hard to imagine living in a creepy utopia in which precognition has eliminated murder, but more importantly for our purposes, in which corporations know so much about us, and advertising is so personalized, that they can give us exactly what we think we want and need.

Because corporations, not the government, own most of this new information, it’s more likely this knowledge will be used to sell us goods and services, rather than oppress us under a Big Brother regime.