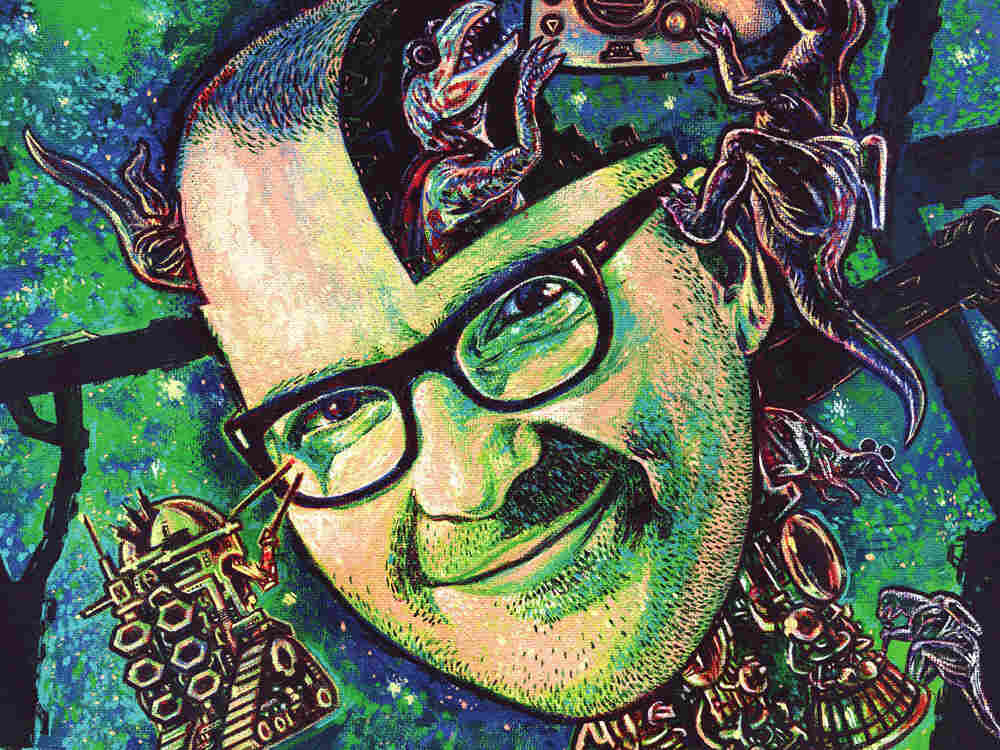 Cory Doctorow's With a Little Help will be available online with four different covers, including this one by Frank Wu, and in limited edition hardcover. Enlarge for full cover. Frank Wu hide caption 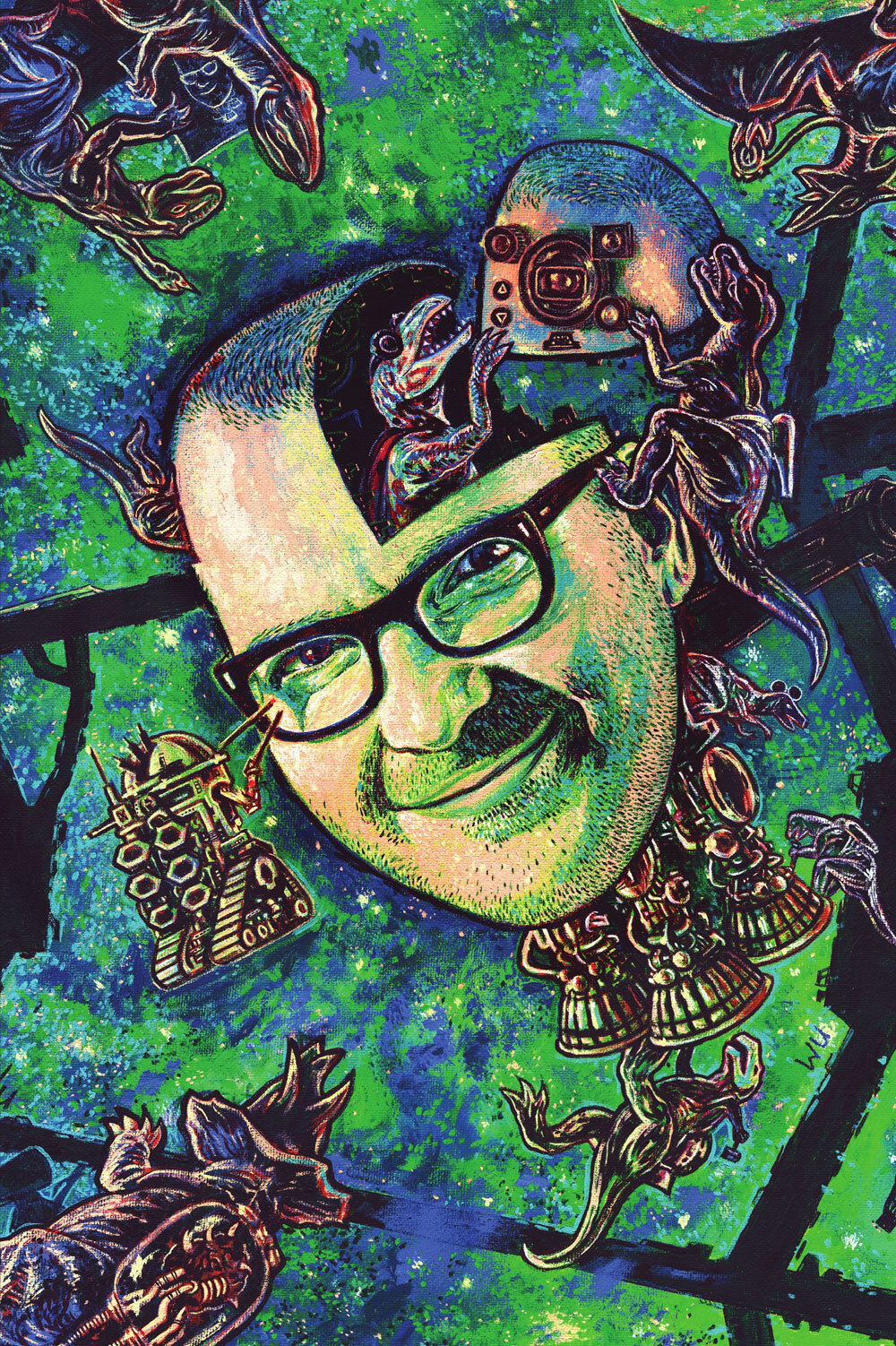 Cory Doctorow's With a Little Help will be available online with four different covers, including this one by Frank Wu, and in limited edition hardcover. Enlarge for full cover.

Cory Doctorow is a best-selling science-fiction writer, champion of creative commons and, now, self-publishing pioneer. He's distributing his latest book, a collection of short stories called With a Little Help (read an excerpt here), without the aid of a publishing house. Instead, he has turned to his online community, and social networks like Facebook and Twitter, to help build buzz, get advice and even copy edit his new book.

Doctorow tells NPR's Michele Norris the key to making money off a business model that's built around the word "free."

In other words, Doctorow is giving away free e-books in hopes of getting people buy the paper books; he's offering print-on-demand paper books with four different covers through Lulu.com; he's soliciting donations; and he's printing 250 hand-sewn limited-edition hardcovers that will run $275 each.

He's even sold off commissions in which he agreed to write a story about a mutually agreed-upon subject to be included in the new book.

Doctorow explains that he started his experiment by cherry-picking the best of what's already been done and throwing it all together. Once it's all said and done, he plans to publish his data about the process and its results for other would-be self-publishers to have a model to work off of — which is yet another way to help his cause. 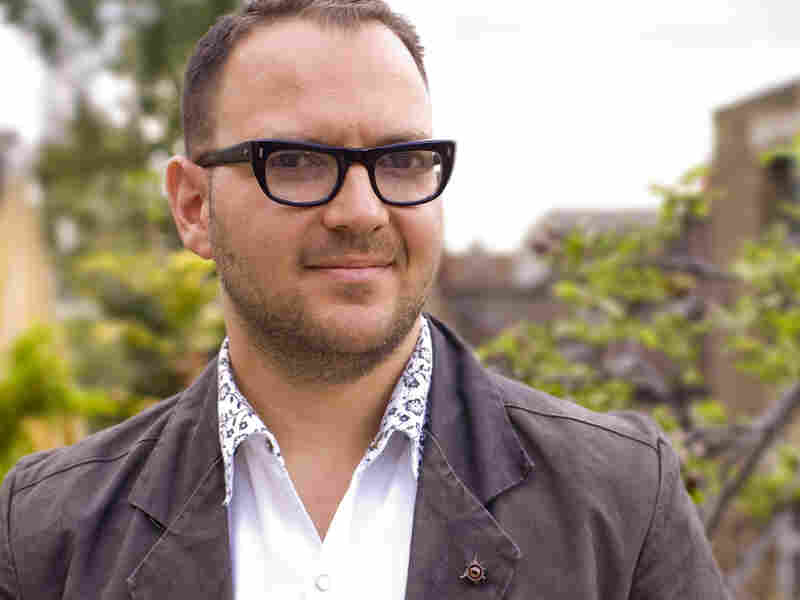 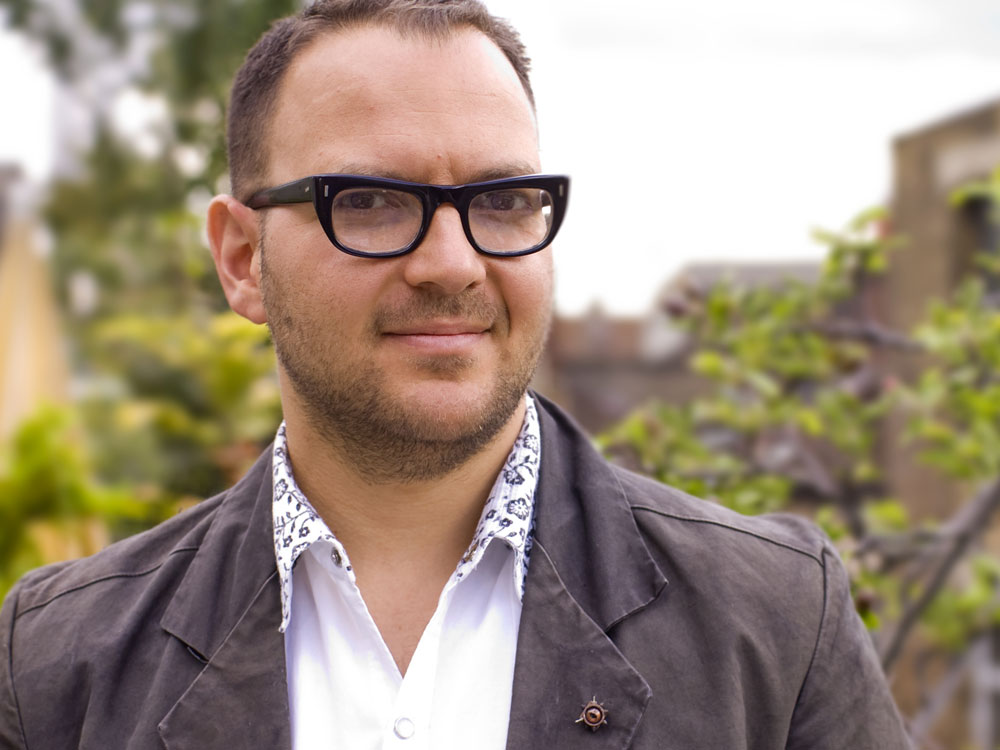 Cory Doctorow is a science fiction author and co-editor of Boing Boing.

"I think people want to buy the book partly because they want to be part of the experimental data set," he says.

And how will all that money compare to an advance from a publisher?

"For short stories it compares very favorably," Doctorow says. He's published two collections of reprints through New York publishing houses: the first paid a $1,500 advance and the second paid $10,000. This new experiment has already made him $10,000 — and it hasn't even come out yet.

But it's not all about the money. Believe it or not, the already-successful author's motives are pretty self-less.

"I don't have to do anything else to make ... money," he says. "I feel like it's giving something back to people." 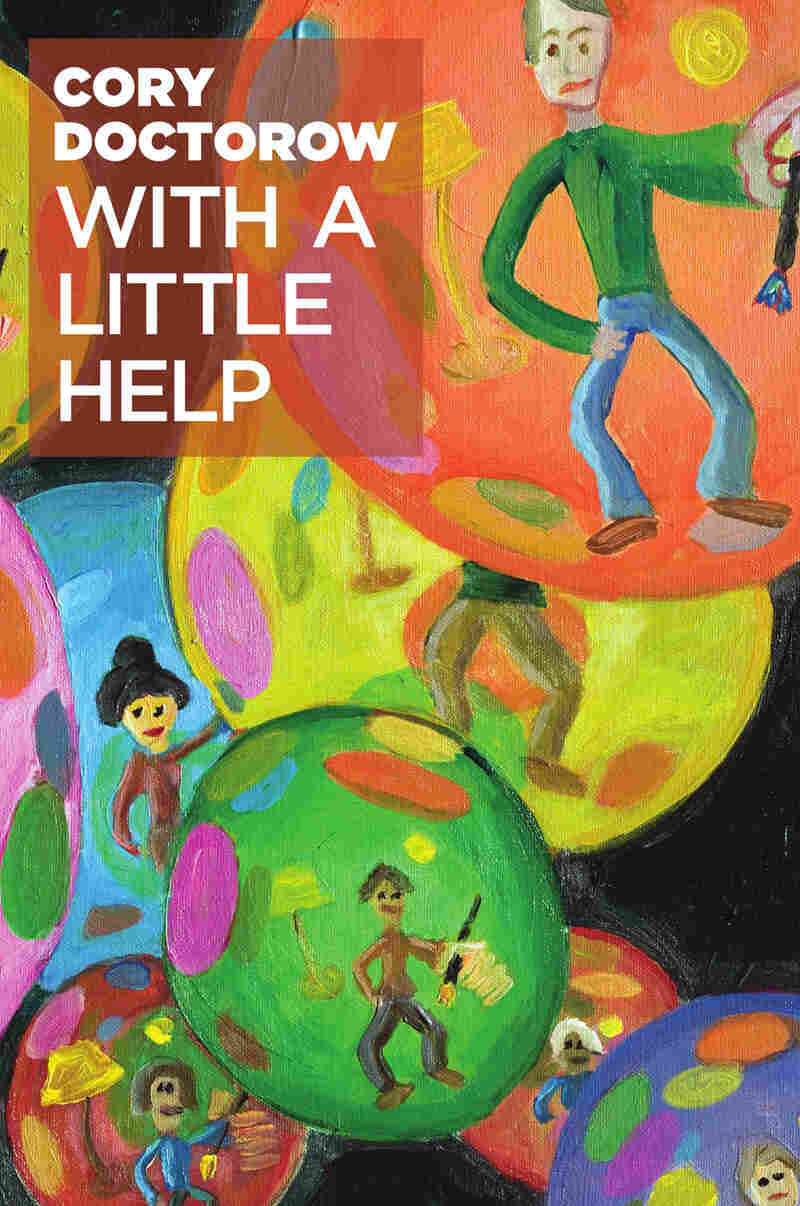 Excerpt: With A Little Help

"The Things That Make Me Weak and Strange Get Engineered Away"

With a Little Help
By Cory Doctorow

Lawrence's cubicle was just the right place to chew on a thorny logfile problem: decorated with the votive fetishes of his monastic order, a thousand calming, clarifying mandalas and saints devoted to helping him think clearly.

From the nearby cubicles, Lawrence heard the ritualized muttering of a thousand brothers and sisters in the Order of Reflective Analytics, a susurration of harmonized, concentrated thought. On his display, he watched an instrument widget track the decibel level over time, the graph overlayed on a 3D curve of normal activity over time and space. He noted that the level was a little high, the room a little more anxious than usual.

He clicked and tapped and thought some more, massaging the logfile to see if he could make it snap into focus and make sense, but it stubbornly refused to be sensible. The data tracked the custody chain of the bitstream the Order munged for the Securitat, and somewhere in there, a file had grown by 68 bytes, blowing its checksum and becoming An Anomaly.

Order lore was filled with Anomalies, loose threads in the fabric of reality — bugs to be squashed in the data-set that was the Order's universe. Starting with the pre-Order sysadmin who'd tracked a $0.75 billing anomaly back to a foreign spy-ring that was using his systems to hack his military, these morality tales were object lessons to the Order's monks: pick at the seams and the world will unravel in useful and interesting ways.

Lawrence had reached the end of his personal picking capacity, though. It was time to talk it over with Gerta.

He stood up and walked away from his cubicle, touching his belt to let his sensor array know that he remembered it was there. It counted his steps and his heartbeats and his EEG spikes as he made his way out into the compound.

It's not like Gerta was in charge — the Order worked in autonomous little units with rotating leadership, all coordinated by some groupware that let them keep the hierarchy nice and flat, the way that they all liked it. Authority sucked.

But once you instrument every keystroke, every click, every erg of productivity, it soon becomes apparent who knows her shit and who just doesn't. Gerta knew the shit cold.

"Question," he said, walking up to her. She liked it brusque. No nonsense.

She batted her handball against the court wall three more times, making long dives for it, sweaty grey hair whipping back and forth, body arcing in graceful flows. Then she caught the ball and tossed it into the basket by his feet. "Lawrence, huh? All right, surprise me."

"It's this," he said, and tossed the file at her pan. She caught it with the same fluid gesture and her computer gave it to her on the handball court wall, which was the closest display for which she controlled the lockfile. She peered at the data, spinning the graph this way and that, peering intently.

She pulled up some of her own instruments and replayed the bitstream, recalling the logfiles from many network taps from the moment at which the file grew by the anomalous 68 bytes.

"You think it's an Anomaly, don't you?" She had a fine blond mustache that was beaded with sweat, but her breathing had slowed to normal and her hands were steady and sure as she gestured at the wall.

"I was kind of hoping, yeah. Good opportunity for personal growth, your Anomalies."

"Easy to say why you'd call it an Anomaly, but look at this." She pulled the checksum of the injected bytes, then showed him her network taps, which were playing the traffic back and forth for several minutes before and after the insertion. The checksummed block moved back through the routers, one hop, two hops, three hops, then to a terminal. The authentication data for the terminal told them who owned its lockfile then: Zbigniew Krotoski, login zbigkrot. Gerta grabbed his room number.

"Now, we don't have the actual payload, of course, because that gets flushed. But we have the checksum, we have the username, and look at this, we have him typing 68 unspecified bytes in a pattern consistent with his biometrics five minutes and eight seconds prior to the injection. So, let's go ask him what his 68 characters were and why they got added to the Securitat's data-stream."

He led the way, because he knew the corner of the campus where zbigkrot worked pretty well, having lived there for five years when he first joined the Order. Zbigkrot was probably a relatively recent inductee, if he was still in that block.

His belt gave him a reassuring buzz to let him know he was being logged as he entered the building, softer haptic feedback coming as he was logged to each floor as they went up the clean-swept wooden stairs. Once, he'd had the work-detail of re-staining those stairs, stripping the ancient wood, sanding it baby-skin smooth, applying ten coats of varnish, polishing it to a high gloss. The work had been incredible, painful and rewarding, and seeing the stairs still shining gave him a tangible sense of satisfaction.

He knocked at zbigkrot's door twice before entering. Technically, any brother or sister was allowed to enter any room on the campus, though there were norms of privacy and decorum that were far stronger than any law or rule.

The room was bare, every last trace of its occupant removed. A fine dust covered every surface, swirling in clouds as they took a few steps in. They both coughed explosively and stepped back, slamming the door.

"Skin," Gerta croaked. "Collected from the ventilation filters. DNA for every person on campus, in a nice, even, Gaussian distribution. Means we can't use biometrics to figure out who was in this room before it was cleaned out."

Lawrence tasted the dust in his mouth and swallowed his gag reflex. Technically, he knew that he was always inhaling and ingesting other peoples' dead skin-cells, but not by the mouthful.