Accessibility links
Undesigned: The Symbiotic Relationship Of Steve Jobs And Jonathan Ive : All Tech Considered The relationship between Apple's CEO and its head designer has not only resulted in some of the most important products of the new century but also in a new approach to product design. 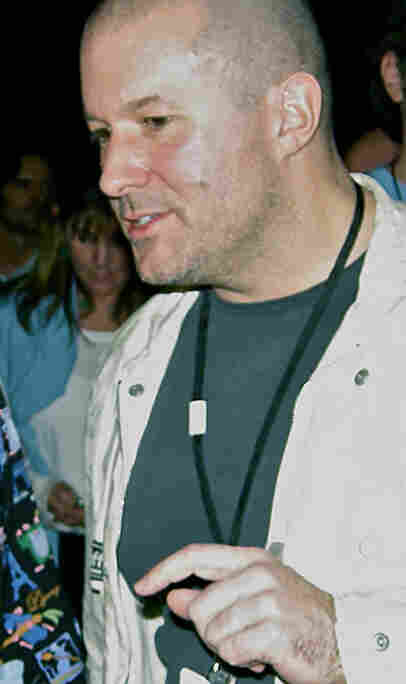 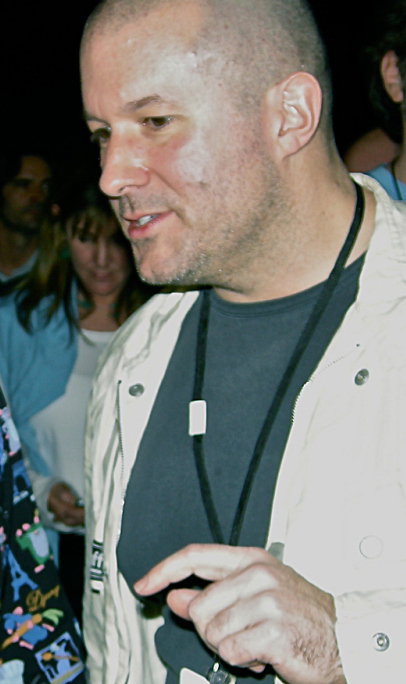 Jonathan Ive at the opening of Macworld Expo 2008. 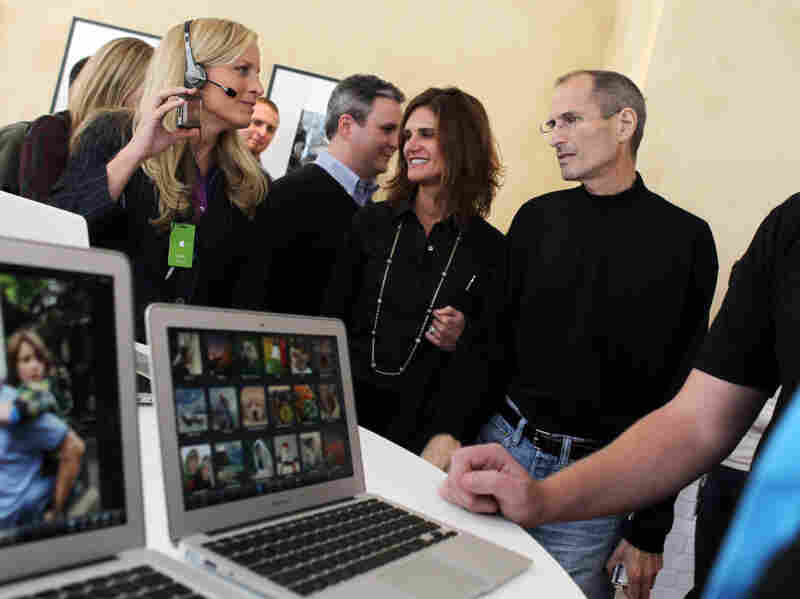 If you have an iPod or an iPhone or an iPad or even an iMac, you might love it -- or hate it -- but you probably don't know much about the man who designed it.

I'm not talking about Steve Jobs.

Behind the scene, Jobs has a partner.  Many people attribute Jonathan Ive with changing the way people think about design.

At Apple, people often refer to the two men as Jives -- because they are so close.  They often talk quietly over lunch in the company dining room, or stroll around the grounds of the Cupertino headquarters.

Ive and Jobs have been inseparable since they met in the mid 1990s. When Steve Jobs stood on stage in front of hundreds of people and announced the video phone feature on the iPhone 4, he chose to make one call. It was to Ive.

Ive came to Apple in 1992.  At the time Jobs was exiled from the company he founded.  Apple had become bogged down with bureaucracy and Ive felt stifled.

"He got buried in this big company," said Kahney. "He was working on all sorts of creative projects, very few of which saw the light of day."

In 1996, when Jobs returned to save a company on the brink of bankruptcy, he began an evaluation of everyone.

"He found Johny Ive in a basement surrounded by hundreds and hundreds of protypes," said Kahney. "[Jobs] recognized immediately that he had a talent there that should be put to work."

Jobs got him working on revamping the Mac computer.

The two men seemed to agree on a basic philosophy about design and products: Make the designs and the software simple and and easy to use.

Apple almost never lets media talk to anyone inside the company and would not agree to be part of this story.

But Ive gave a rare interview about how the thinking behind the design for the first iMac to British television's Channel 4.

"A lot of people at that point in time were nervous around computers, around technology," Ive said in the interview. "So a clear goal was how we could make the product accessible, not intimidating."

The result was the fruity iMac.  It was introduced to the world with a series of hip commercials that touted five bright color options.

The iMac reflected the Jobs/Ive philosophy.  Plug it in and it works -- no separate monitor, no rat's nest of power chords, no external hard drives.  At the time it was the best selling computer in history.  Since then, Ive has lead Apple's design team to create some of the most popular products of our time: the iPod, the iPhone, and now the iPad.  All of them with the trademark minimalism.

Ive was born in a middle class neighborhood in London and attended design school at Newcastle Polytechnic. While in school his friends couldn't help but notice that his flat was filled from top to bottom with models for a project to help people communicate with children who had hearing problems. Each model was a little different, because Ive kept redesigning it to get it right.

Robert Brenner, who has since left Apple, hired Ive in 1992.  He says Ive is relentless.

"You really have to be relentless to get good stuff out in the market and I think that is an attribute of Jonathan," said Brenner. "He was very, very focused on getting it just right."

Kahney says Jobs is equally obsessed with details. The night before the iPod was introduced to the press Jobs discovered that the headphone jack didn't make a click when you plugged in the headphones.

"He ordered the engineers to dismantle them all and put in headphone jacks that made a nice, satisfying click," said Kahney. "So these guys stayed up all night and then had to repackage the iPods in the morning to give the journalists and the reuses. It's kind of nutsy. I mean who does that kind of thing. Who is going to notice?"

Clearly, Jobs noticed. He took execution of Ive's designs seriously. Keith Sawyer, a Professor of Education at Washington University, who has studied creative collaborations says Jobs and Ive together are responsible for what is now called design thinking.

"Apple was at the forefront of this new movement," said Sawyer. "This idea that design is not something that you add in at the end when you're trying to pick a color scheme or how curvy the corners are going to be. Design is something that you have to build in from the beginning."

In Objectified, a documentary about design, Ive talked about his products' undesigned feel.

"Everything defers to the display," Ive said about the iPhone's big glass front. "A lot of what we seem to be doing in a product like that is actually getting design out of the way. And I think when forms develop with that sort of reason and they're not just arbitrary shapes, it feels almost undesigned."

Both Ive and Jobs believe that the hardware must work together seamlessly with the software.  The iPhone and the iPod are part of a system, said Professor Sawyer, that includes a music store, a video store, and a book store.

"It's not the way it was curved or where you put the buttons. It was thinking about the entire user experience of the iTunes store, of how you get the intellectual property rights without the record companies right. So all of that together was what made the iPod successful."

To get it all right Kahney says it took Jobs and Ive together.

"They're creative partners in the fullest sense. They work together. It's a creative collaboration," said Kahney.

And its hard not to notice that it's a collaboration that has resulted in products so successful other companies -- from Samsung to HTC -- have tried to emulate.  But, none create the kind of excitement of Jobs/Ive design.