Accessibility links
Connectivity: When Your Phone Talks To Your TV : All Tech Considered There are more Internet-connected devices than ever before and some of them are talking to one another. 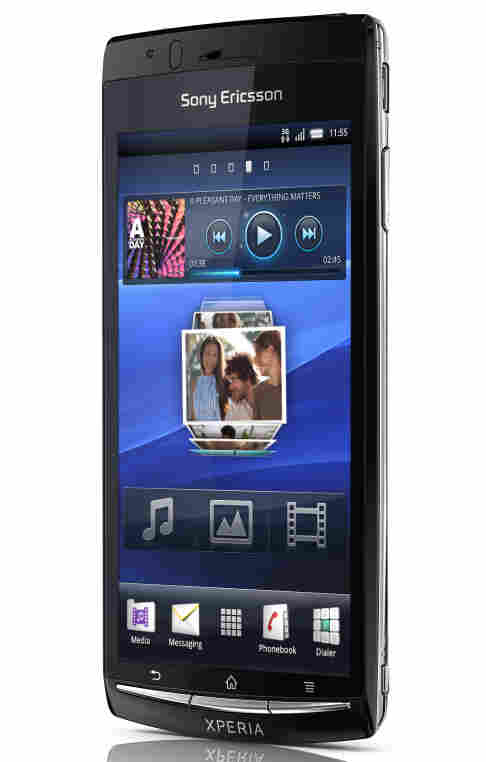 The Sony Ericsson Xperia arc. Android-based smart phone, will connect to your TV and remember where you stopped watching a film. Sony Ericsson hide caption 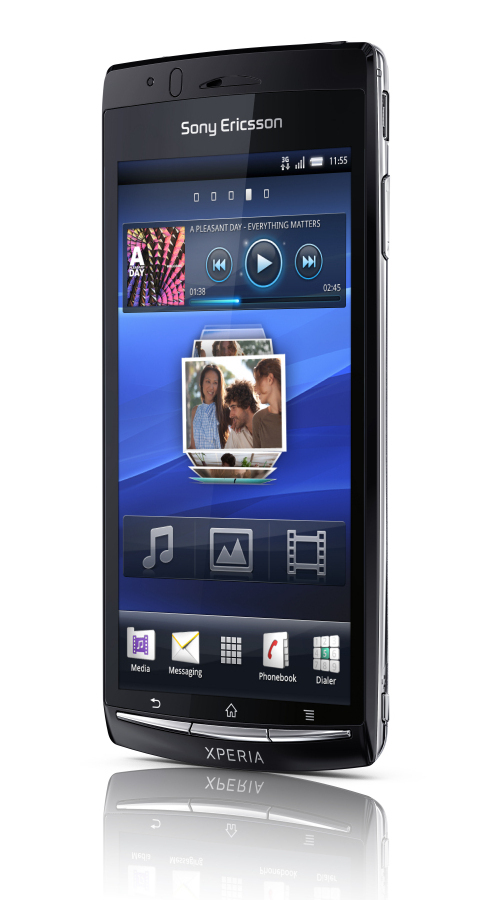 The Sony Ericsson Xperia arc. Android-based smart phone, will connect to your TV and remember where you stopped watching a film.

According to my pedometer, I clocked five miles on Wednesday navigating my way from press conferences, product demos and luxury hotel convention centers looking for the big themes at this year's Consumer Electronics Show. All that walking led me to more Internet-connected devices than I've ever seen at CES and some of them are talking to one another.

Sony CEO Howard Stringer began a press preview by pointing out that by March of this year his company will have enabled 50 million Internet-connected televisions through Google TV, the PS3 or its Wi-Fi connected Blu-ray player. But, the device that caught my eye was the Sony Erickson Xperia arc, a very pretty new smart phone that lets you watch movies on its 4.2-inch touch screen. If you happen to be watching a film on the train home from work and haven't finished at the end of the commute, you'll be able to connect your phone to your TV at home and finish watching on the big screen.

This coming year, we are going to see a lot more cars that are connected to the Internet. Toyota showed off its Entune system, which the company plans to start putting into the dashboard of some its cars this year. The system includes a touch screen and voice recognition software. It will have Pandora Radio and Open Table, in case you want to make a dinner reservation while driving. (They didn't explain to me how you will do that with both hands on the steering wheel. Let's hope the voice recognition works well.)

A device made by Mavizon Technologies will connect most cars made in 1996 or later to the Internet, according to the company's business development manager, Madison Hamman. It plugs in below the dashboard and it monitors all your car's systems. If your transmission is about to blow, it will send a message to your iPhone. (Later this year, it will work with Android phones.) If you have an accident, it will send out a text message to your loved ones and alert the police with a GPS locator. And if you can't remember where you parked your car, no worries. Your phone will help you locate your car.

Perhaps the connected device that amused me a little bit was iRadar, a radar detection device that connects to your iPhone. It works like the detectors of yore, only it's your iPhone that will bleep when you get near police radar. What's a bit different is that it's social radar detection! It alerts you and any nearby members of the iRadar network where the police trap is located by sending them a tweet. Somehow, I don't think law enforcement is going to like this one.