Accessibility links
The Verizon iPhone: What You Need To Know : All Tech Considered Verizon Wireless will start selling the iPhone 4 in February. One of the new features is a mobile hotspot that will support Wi-Fi-enabled devices. But some analysts say an iPhone 5, which might run on faster 4G networks, is just around the corner.

The Verizon iPhone: What You Need To Know

The Verizon iPhone: What You Need To Know 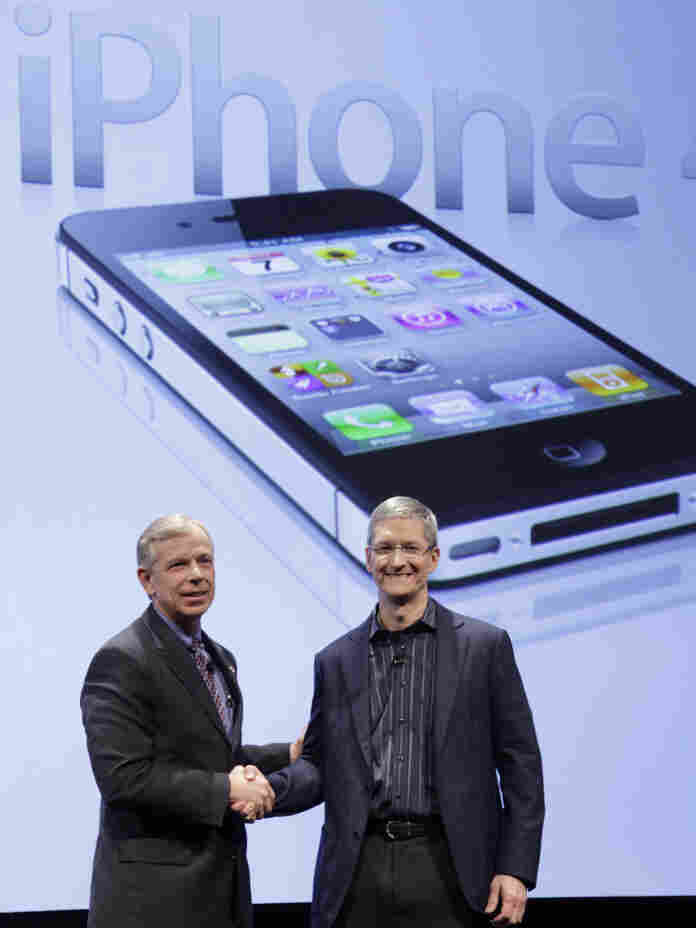 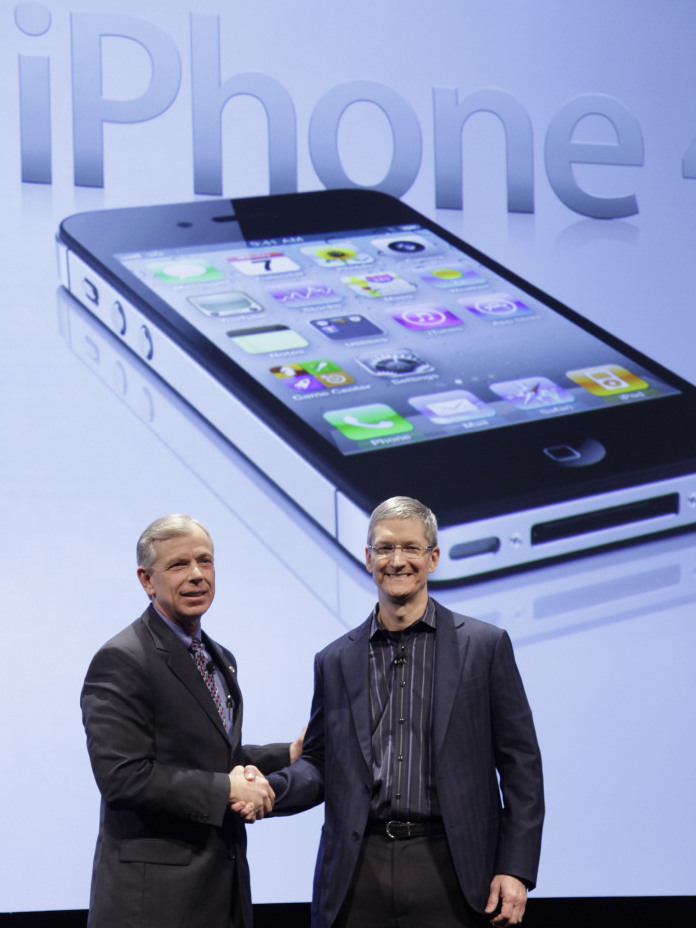 The iPhone dream has come true for Verizon Wireless customers.

Verizon announced Tuesday that it will begin selling the iPhone 4 in early February. The announcement means AT&T will no longer be the exclusive wireless carrier for the iPhone in the U.S.

It also means that iPhone users may find a solution to one of their ongoing gripes -- the quality of calls using AT&T's network. The Verizon iPhone will be a CDMA phone that operates on Verizon's existing 3G network.

Here, an initial look at what's new, as well as the costs and limitations of Verizon's iPhone 4.

When can I buy a Verizon iPhone?

Verizon Wireless customers can pre-order the phone starting Feb. 3, before the general public. On Feb. 10, it will be available in stores, including the Apple store, or online.

How much will it cost?

What about the structure of data plans?

Verizon didn't announce the details surrounding data plans yet. Verizon presently offers unlimited data plans for its other smart phones and analysts expect it will do the same for the iPhone 4.

What's new about the Verizon iPhone 4?

Verizon's iPhone 4 has a mobile hot spot, which will allow customers to use the phone to connect up to five Wi-Fi-enabled devices. AT&T's iPhone does not have this hot spot feature. Here's a link to the iPhone features as described on Apple's website and on Verizon's website.

Will it work on Verizon's new 4G LTE network?

No. The iPhone 4 will operate on Verizon's existing 3G network. That means it won't be possible to talk on the smart phone and surf the Web at the same time.

Charles Golvin, principal analyst for Forrester Research, says that if Verizon wants an iPhone for its customers that will enable this functionality it will have to "convince Apple to use a more costly Qualcomm chip."

How soon will Verizon get an iPhone 5?

Golvin predicts that the Verizon iPhone 4 will only be the new model for another six months. That's because Apple typically refreshes the iPhone each June.

There will be a big question mark hanging over that announcement because both Verizon Wireless and AT&T are building 4G LTE networks, which will operate at much faster speeds. Verizon rolled out its network in December and AT&T is expected to do so later this year.

"If Verizon can convince Apple to accelerate its incorporation of LTE, the carrier will be able to deliver a significantly accelerated iPhone experience to more customers than its competitor, and attract a significant number of the first wave of buyers, including the Apple acolytes," he says.

It's too early to tell. But Apple's Tim Cook said that the multi-year agreement with Verizon is not exclusive.

Carl Howe, an analyst for Yankee Group, thinks other companies could benefit from selling the iPhone.

Howe points out that T-Mobile already negotiated a deal with Apple to sell iPhones in Europe.

"However, now that AT&T's exclusive deal with Apple has ended, T-Mobile should be able to parlay that existing agreement into a distribution deal in the U.S.," Howe says.

Sprint also could step up to the plate because the company also uses CDMA technology. Howe says Sprint should approach Apple about selling the iPhone as an "unsubsidized pre-paid device" on its Virgin Mobile network.