Accessibility links
Is The Internet God? : All Tech Considered Commentator Dave Pell asks if we are ready to take on the burden of watching over the world's hot spots. Can watching, focusing our global consciousness, help effect change across the globe?

Are We Ready To Watch Over The World?

Are We Ready To Watch Over The World? 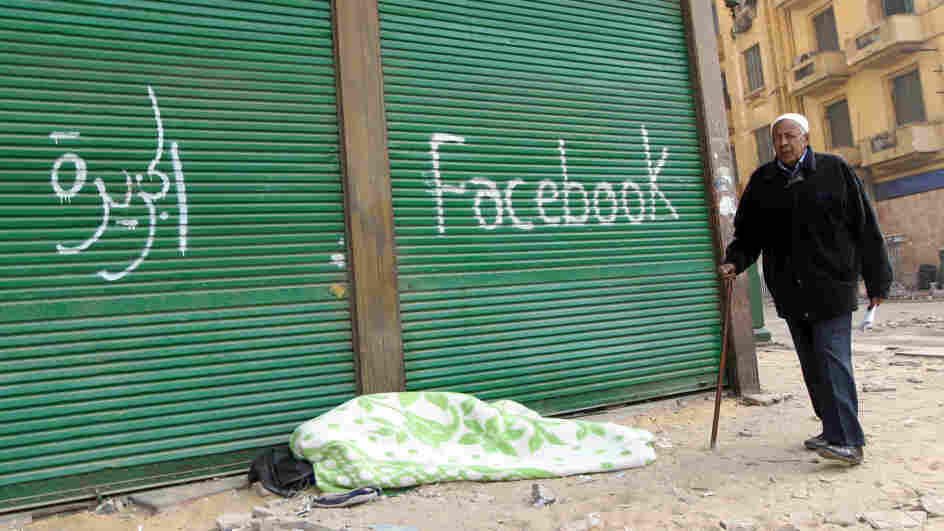 A demonstrator sleeps under graffiti that reads "Al-Jazeera" and "Facebook" on Feb. 7 in Cairo. Khaled Desouki/AFP/Getty Images hide caption 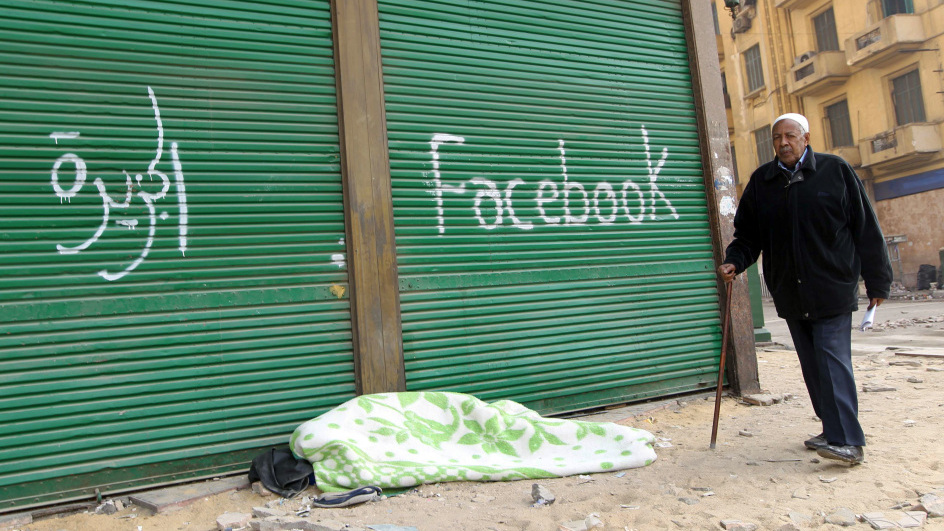 A demonstrator sleeps under graffiti that reads "Al-Jazeera" and "Facebook" on Feb. 7 in Cairo.

How could God let this happen?

I am the Jewish child of Holocaust survivors, so that is a question that I have heard asked throughout my life. Everyone from the most revered religious leaders to George Burns playing the title character in Oh God, Book 2, has tackled that enquiry.

During the early nineties, I traveled to Poland with my parents to visit the rural village where my dad grew up and where he eventually lost his family and his home. As part of the trip, we visited a concentration camp. While every aspect of this tour was moving and upsetting, I was most shocked by what I saw outside the fences that surrounded the camp.

I saw homes. On hills. The concentration camp was in a valley and in each direction I could see more and more houses built on the raised dirt that completely surrounded the killing factory where I stood. These neighbors would have constantly seen and smelled the plumes of smoke.

As I stood at the center of camp I wondered if things would've been any different if the whole world was watching. Not just knowing. Watching.

Nearly two decades after that trip with my parents, I am staring at this computer screen and I realize that I am living on those hills.

Pretty much everyone I follow on Twitter has had some reaction to the revolution happening in Egypt. Most of this commentary, including mine, is not backed up by a deep knowledge of Egypt's history. Instead it's a knee-jerk reaction to a moral dillemma. Whether we adhere to some religious values or view morality as a human construct, we are all reacting to a situation on the ground where we see the good guys (the young protestors who want freedom) and the bad guys (the old dictators who have repressed the masses for their own gain).

And we're all living in those houses surrounding the valley where we see something that has to change. Physically, most of us might be on the other side of the world. But the story is piped at us all day long by the mass media and by members of our networked communities. We don't just know about it in the back of our minds. We're watching it.

As the revolution unfolded, major media outlets were repeatedly looking to the White House to get the official American response. But at this moment in history, anyone with access to the Internet already knew the American reaction. The network had already responded.

Did the Internet cause the revolution? Of course not. Did it play a critical role in enabling the revolution? It might take a little time to answer that question completely. But it's certainly worth noting that those who helped to light the fuse used the Internet to do so, and one of the first reactions of the ruling party was to turn the Internet off.

In an interview on CNN, Wael Ghonim, one of the voices of the revolution said: "If you want to liberate a government, give them the Internet."

Of course, there are countless other events in the world that we're able to ignore even with modern life's constant connectivity. But every now and then, a series of events in a corner of the world rises up onto our screens and into our communal consciousness.

This will happen more and more often. The more connected we are, the more we'll see. This will have a dramatic impact on our own experience of world events. Will more be better? It's easy to argue that we're better off watching the streets of Cairo than American Idol. But living on those hills might overwhelm us. Every now and then, you might want to take off your virtual beret and focus on events across the living room, not across the world.

But our old living room might be gone. Once you live on that hill, it's hard to close the curtains. It's hard to deny that we'll be increasingly confronted by a new question.

Instead of asking about God we'll have to ask:

How could we let this happen?

I don't pretend to have any idea if our watching will make a difference in the course of world events. A few people on the hill didn't make any difference to the victims of that concentration camp. Would hundreds of millions of people on the hill do the trick? Will we live in a better world because the world is watching?

I don't know. But at least we'll know who to blame.

Dave Pell is a San Francisco based, Web-addicted insider, investor and entrepreneur. He has been blogging for more than a decade. This post first appeared with the headline "Is the Internet God" on his blog Tweetage Wasteland. You can also follow Dave on Twitter.