Accessibility links
3-D Game On: Can Nintendo 3DS Score Against Smart Phone Games? : All Tech Considered Nintendo is betting that its new 3DS hand-held gaming device will have broad appeal for those hoping to play 3-D games, watch movies and surf the Web on the go. But smartphones already fulfill a wide range of entertainment needs, and consumers have been slow to embrace 3-D TV.

Game On: Can Nintendo 3DS Score Against Smartphones?

Game On: Can Nintendo 3DS Score Against Smartphones? 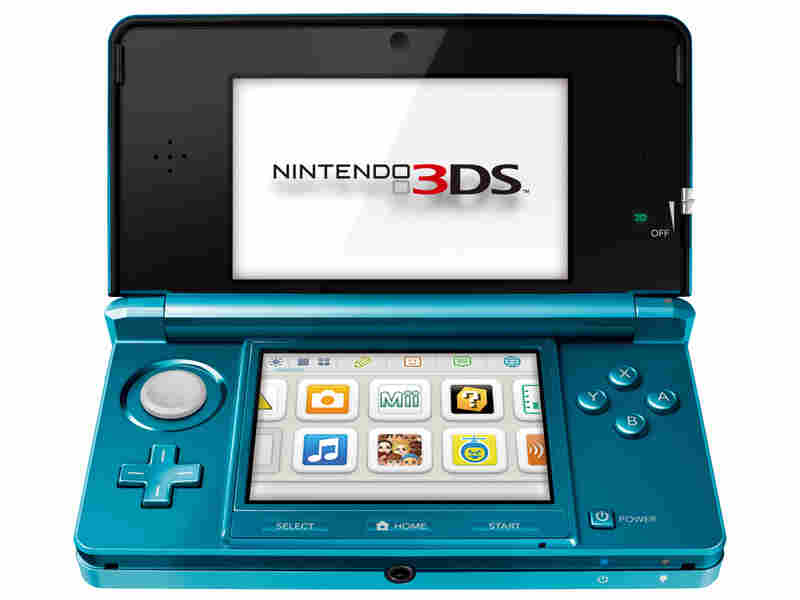 Nintendo's hand-held 3DS has an upper screen to view 3-D images and a touch-sensitive screen on the bottom. Courtesy of Nintendo hide caption 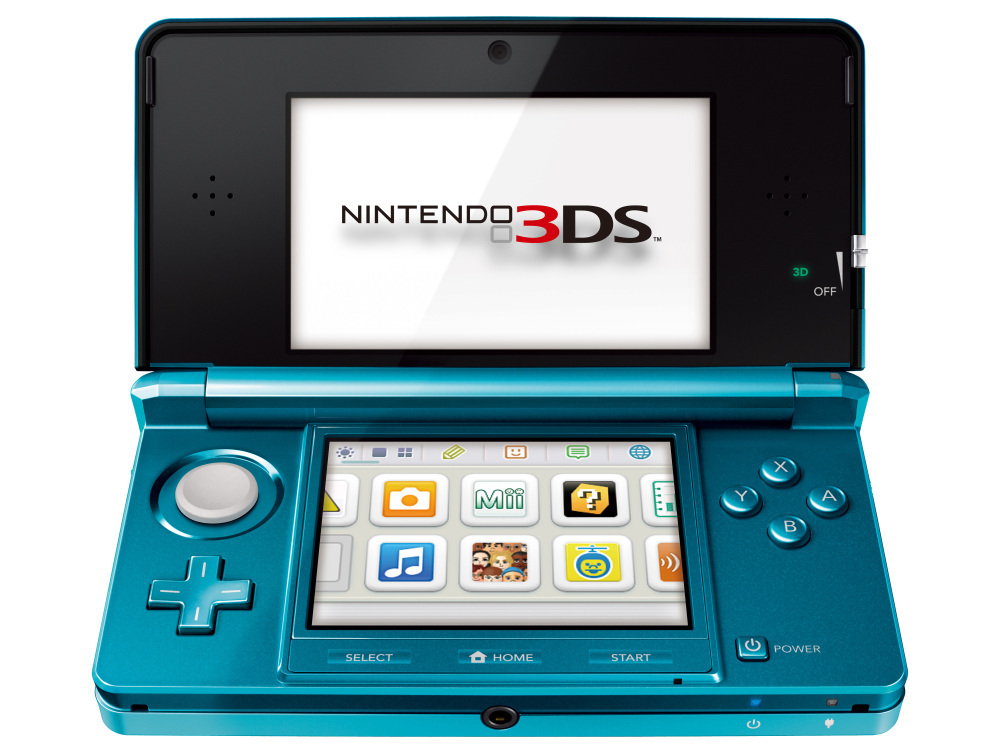 Nintendo's hand-held 3DS has an upper screen to view 3-D images and a touch-sensitive screen on the bottom.

Playing a game these days is just a touch away on many smartphones.

But Nintendo hopes it can persuade customers to carry another device by offering another dimension — a 3-D gaming experience — with its 3DS hand-held device, which went on sale this weekend.

Consumers have been slow to embrace 3-D television given the high cost, the need for glasses and a shortage of content. So far, Consumer Reports' advice has been "don't' rush" to buy a 3-D TV, at least until prices come down and there's more content available.

But Reggie Fils-Aime, the president of Nintendo America, thinks the 3DS has the right formula to attract people to the 3-D experience. "In our view, the key issues that have limited 3-D so far in the home have been shattered with this device — no glasses required, wide range of content, and it's affordable," he says.

While the 3DS does deliver on a 3-D experience without the shades, some consumers may find the $250 price tag a tough sell given all the entertainment — including books, movies and games — you can easily access via a smartphone or tablet.

A Gyroscope And Motion Sensor

Playing a game in 3-D on the 3DS is a simple exercise even for nonveteran gamers, and the 3-D experience can be customized or turned off completely by moving a slider on the top screen. The bottom screen, which doesn't feature 3-D, is touch-sensitive and provides additional information and instructions. There's an expandable stylus that Nintendo recommends using to tap the on-screen menus. But if you don't place it back in its holster, it can easily be lost. Overall, on-screen instructions are pretty easy to follow to start playing games quickly.

One of the built-in games, Face Raider, beckons you to snap your portrait with the device's forward-facing camera and allows you to make good use of the gyroscope and motion sensor (that's also the case with six AR or augmented-reality games that are included). The 3DS also has two cameras facing away from the player, which can take 3-D photos. Unfortunately, those photos only appear as 3-D on the device and the lens resolution is low.

Playing 3-D games is absorbing — not just because of the images, but also because of the sound effects. In LEGO Star Wars III, which is sold separately ($50) as a game card that you insert into the back of the device, Yoda's grunts and the movement of a light saber sound just like they did on the big screen.

Another game, Pilotwings Resort, which also isn't included ($40), allows players to navigate a small plane, rocket belt or hang glider over an island-like paradise, complete with blue skies, palm trees and a wind farm. There's something about flying in 3-D that makes this especially engaging even if you crash along the way. (Rest assured, your virtual pilot knows how to eject and parachute to safety).

Will It Have Broad Appeal?

Fils-Aime says the goal of the 3DS is to function as a "full entertainment device," but it will be hard to know whether it lives up to that potential until later this year.

He says Nintendo will release a "well-developed full-on browser" that will allow people to surf the Web and send email (the company uses the Opera browser on the Wii). But the 3DS keyboard, which is designed to work best with the retractable stylus, could be a drawback for consumers used to thumbing it with real or virtual keys.

The 3DS also has a wireless feature that enables it to detect wireless hot spots and receive updates or videos even when the device is in sleep mode and a separate optional feature that allows for the exchange of data with other 3DS owners who pass by within close range.

There's also a plan to offer free wireless service through thousands of AT&T Wi-Fi hot spots. And Nintendo says that later this year Netflix subscribers will be able to start watching a film at home — on any device — and then pick up where they left off on the 3DS when they hit the road. Fils-Aime also says Nintendo is discussing this type of partnership with other online video providers.

Unfortunately, there are some downsides that could interfere with watching a lot of movies on the device. CNET's Jeff Bakalar found the 3DS had a "very short battery life" that lasted roughly three to five hours.

"With the 3DS, Nintendo is offering a $250 gaming-focused device that features limited functionality beyond games, which may not be as easy a sale as it was, say, five years ago," Bakalar writes. "It's becoming increasingly important to offer some sort of all-in-one solution, and while there are plenty of extras inside (and coming down the road), the 3DS won't be making phone calls anytime soon."

Still, Drew Davidson, the director of the entertainment technology center at Carnegie Mellon University, says the 3DS is an "amazing test case" because it "does add a layer of depth and immersion to the experience."

Gamers, he says, have an appetite for exploring new things and in this case, Nintendo has taken the lead in bringing a 3-D experience to a hand-held device.

But will that be enough for consumers to put down their smartphones, which most people already carry with them all the time?

Davidson says the latest smartphones are "solid game platforms" and the prices for games are "less expensive."

Nintendo, it seems, is bucking the trend and taking a 3-D bet.