Accessibility links
Humorist's Spider Crawls The Web, Bringing Fame And A Book Deal : All Tech Considered The exchange that attracted millions to David Thorne's website was one where he is trying to pay a real chiropractor bill with an elementary drawing of a spider. The woman he's emailing is not amused. The email attracted millions to his site — and he turned his exchanges into a book. But some people think he's a bully. 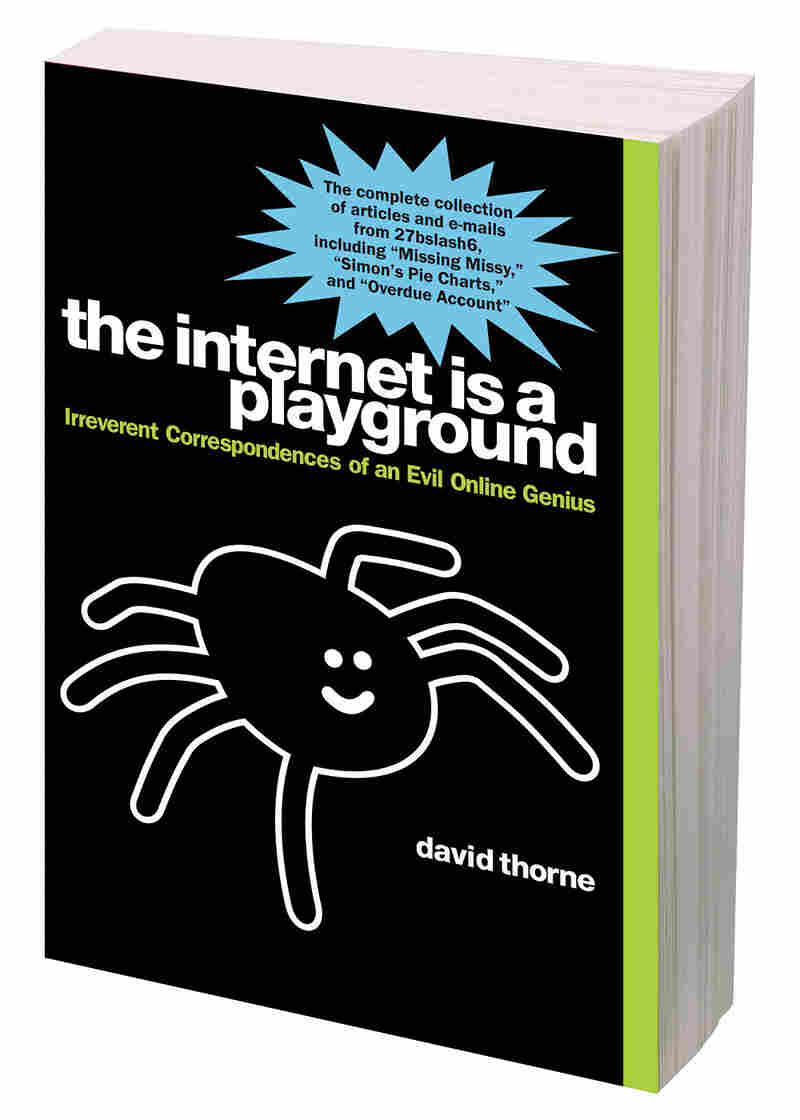 When online humorist David Thorne posted a personal email exchange on his website that went viral — and the servers collapsed — he decided to compile his favorite exchanges into a self-published book: The Internet is a Playground.

A real publisher picked it up — and it recently made The New York Times bestseller list.

"Dear David, our records indicate that your account is overdue by the amount of $233.95. If you have already made this payment please contact us within the next 7 days to confirm payment has been applied to your account and is no longer outstanding."

"Dear Jane, I do not have any money so am sending you this drawing I did of a spider instead. I value the drawing $233.95, so I trust that this settles the matter. Regards, David."

Basically, Thorne is trying to pay a real chiropractor bill with an elementary drawing of a spider. The woman he's emailing is not amused. The email exchange is funny to some but to others Thorne comes off as a bit of a bully.

"If somebody is initiating it, it's up to them to end the discussion or whatnot," he says.

But for Thorne, it's best when they keep hitting send.

It all started when the chain-smoking graphic designer and single dad from Adelaide, Australia, was bored at work. The 39-year-old would instigate email arguments with co-workers, landlords, friends and school chaplains. He'd write outlandish stories on Internet forums that would get him kicked out by irritated moderators.

He said it made him laugh.

And when he posted that spider email exchange, he realized he wasn't the only one chuckling.

Thorne is adamant that none of this could have happened if his work didn't make some people laugh and others shake their heads in disgust.

"If I post something and I get five comments and it was all, 'That was funny, that was good,' I get on there and I say, 'That was terrible, the guy's an idiot.'Because that's the only way to create the factions," he says.

Shannon Walkley, the administrative assistant at the branding firm where he worked, was a repeat target of Thorne's email shenanigans. She's in the anti-Thorne camp.

She declined an interview in an email, saying, "Sorry. This is probably just another of his tricks anyway and I don't care about his book or his stupid website."

So, is Thorne an online humorist or a grown-up bully trolling the web for victims? Either way you look at it, the Internet is his playground.