Accessibility links
Netflix Raises Ire Of Some Subscribers After Price Hike : All Tech Considered Netflix is trying to wean customers off DVDs because they are expensive to mail and process.

Netflix Raises Ire Of Some Subscribers After Price Hike

Netflix Raises Ire Of Some Subscribers After Price Hike 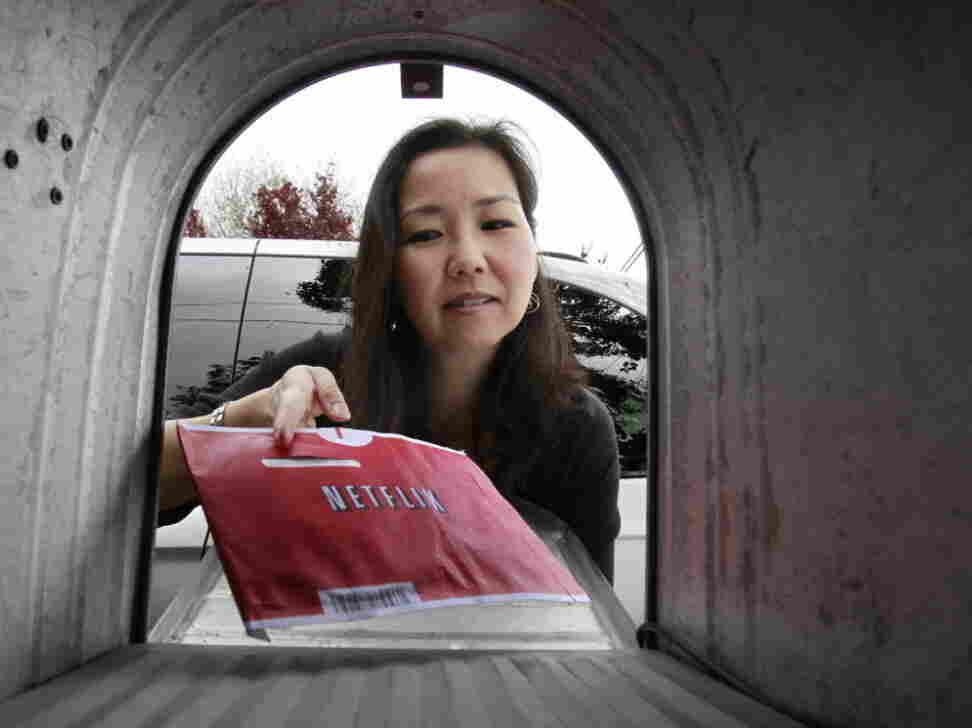 Judging from the comments left on the Netflix blog post announcing the company's move toward unbundling its mailed DVD and online streaming services, a lot of customers are not happy.

"Way to go again Netflix — Divide and Conquer — EPIC FAIL!!" was the response from one mildly disgruntled customer. Several others directed Netflix to dispose of their accounts in ways that we wouldn't want to detail on a family website like NPR.org.

If, like me, you're an existing Netflix customer, you've probably already read the email about the changes. For everyone else, here's the deal:

So far, so good. But here's the rub: If you want to keep both services, it's going to cost you $15.98 a month — 60 percent more than you're currently paying for both. If you opt for a plan that allows you to receive two DVDs at a time plus unlimited streaming, the increase is only 33 percent.

Many people like having BOTH services — the convenience of the streaming movies, as well as the much wider selection available by mail.

Of course, Netflix is spinning the 20 percent savings to be gained by those who chose one or the other of the $7.99 options.

"By better reflecting the underlying costs and offering our lowest prices ever for unlimited DVD, we hope to provide a great value to our current and future DVD-by-mail members," Andy Rendich, Netflix chief service and operations officer, said in a statement released with Tuesday's announcement.

Of the more than 5,000 comments that have choked the Netflix blog (and another 6,700 plus on the Netflix Facebook page at this writing), many go something like this one:

"I guess it's finally time to cancel my Netflix subscription. DVDs + streaming gave me a great bang for my buck, but by not offering any sort of bundling discount for those wanting both, I can't justify sending you my money every month."

Michael Olson, an analyst with Piper Jaffray & Co., says the move is about weaning us off the DVDs, which are expensive to mail and process.

"The bottom line is that Netflix is looking to increasingly shift its subscriber base over to streaming only as quickly as possible because streaming subscribers are more profitable subscribers," he told NPR's Nina Gregory.

Whereas some Netflix customers are seeing red, Redbox, which offers DVDs for rent at kiosks in grocery stores and fast-food restaurants, is seeing the potential for green from what is beginning to look like a Netflix debacle.

"Redbox and Netflix share the goal of giving movie lovers access to entertainment and consumers will ultimately choose the price model that fits their life," Redbox President Mitch Lowe said in a statement provided to NPR on Wednesday, adding that "Redbox makes it easy for our consumers to find the hottest new release movies and games for as low as a buck a night."

But not all of Netflix customers are irate about the change. One person commented on the company's blog, saying the change "Sounds great to me!

"The amount of use I get out of my Netflix account means I'd be willing to pay more (sorry whiners, but $16 is ridiculously cheap for unlimited anything, you can't get a good cable package for that price). I hope this means much more streaming content in the future," said "Natalie."