Accessibility links
Does the Internet Make You More — Or Less — Connected? : All Tech Considered Commentator Dave Pell totes up the plusses and minuses of the always connected life. It's a wash, with the advantages and drawbacks roughly canceling each other out. Yet there is the nagging suspicion that he has lost contact with himself, even as he has become constantly connected to others.

Does the Internet Make You More — Or Less — Connected?

Does the Internet Make You More — Or Less — Connected? 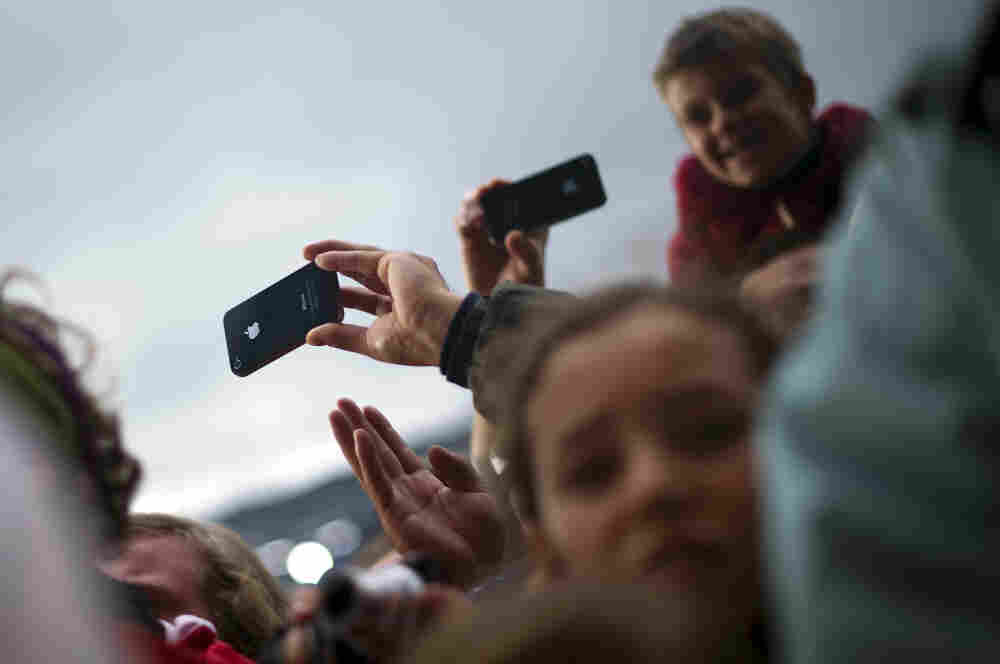 The new concert experience: Is that digital device an impediment or an enhancement to your life? Fabrice Coffrini/AFP/Getty Images hide caption 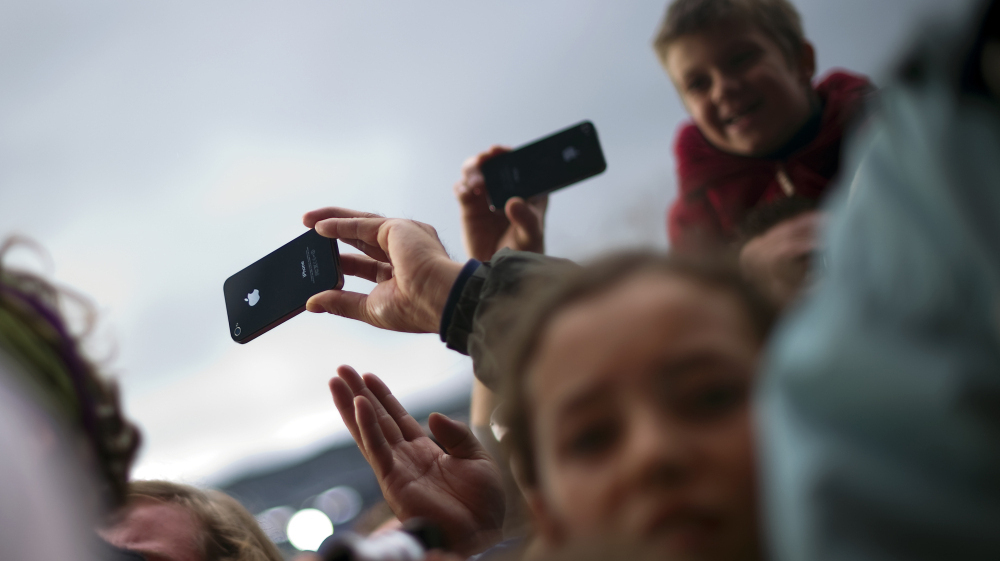 The new concert experience: Is that digital device an impediment or an enhancement to your life?

The other day my friend Mordy asked me this question:

Are you more or less connected since you started spending so much time on the Internet?

I'm equally connected to the people I do know.

I'm less connected to myself.

The other day, I was watching Arcade Fire play at the Outside Lands music festival when I thought to myself: I wonder if Michael Sippey is here right now? Michael is one of many friends I've made on the Internet. We all share common interests (the main one seems to be the Internet itself) and frequent a lot of the same virtual conversations. From following Michael Sippey on Twitter, Facebook and our common music streaming service, I know that he is a fellow Arcade Fire fan. It's just one of the personal details and threads of commonality I share with a growing community of fellow web professionals and others whose path I regularly cross. This community wouldn't exist for me without the assistance of the Internet and the suite of social software that now rides its rails.

I'm a member of several of these virtual groups, large and small. I count on these folks for much of my news. On blogs and Twitter, we share inside jokes and opinions, and riff off each other in the same way I do with my friends in real life.

It turns out Michael Sippey was at the same show and even in the same section, but true to form, the only interaction we had was via a couple follow-up emails. Keepin' it virtual is the new keepin' it real.

The Internet has had a dual effect on the level of connectedness I feel with the people I know in my offline life. On one hand, the basic communication tools now available make distance almost a non-issue. My conversation with Mordy that led to this post took place over instant messenger where we communicate nearly every day – far more often than we ever did before the Internet, even though back then, we were only separated by a few blocks, not a few thousand miles.

On the other hand, when I am actually with my friends and family, I find myself (and increasingly, my companions) distracted by a smartphone that's either the object of my gaze or being fingered in my front pocket.

In a recent Pew Internet survey, 13 percent of cell owners said that they've pretended to be using their phone in order to avoid interacting with the people around them. I'm assuming the other 87% of cell owners were not pretending at all, and were using their phones because they just couldn't help themselves. I recently walked through a hotel restaurant where every single person was interacting with a device of some sort. They were together spatially, but that was about it.

The actual number of social interactions I have with friends hasn't been impacted by the Internet. But I do worry that the quality of those interactions has taken a hit because everyone in the room is not only connected to each other, but also to everything else in the world.

So when it comes to my connectedness with people I know, I'd say it's about a draw. The overall frequency of our interactions has increased, but my ability to focus on them and only them has become more challenging in this age of distraction.

The distractions play an even more aggressive role when it comes to my connection with myself. Most of the moments once reserved for a little alone time have been infiltrated by the realtime Internet. I never just wait for a bus, or just stand in line at a bank, or even just sit and think as I sit stuck in bumper-to-bumper traffic. At these moments, I pull my phone out of my pocket faster than a gunfighter pulls his weapon out of its holster.

The only time I really experience any self-reflection these days is when my computer sleeps and my screen goes dark.

And I'm not alone. According to Pew, 42 percent of cell owners used their phone for entertainment when they were bored. If those 42 percent of people are anything like me, that so-called boredom now arrives sooner than the random thoughts that can lead to self-reflection, creativity or just a few seconds of nothingness. I can draw my phone faster than my mind can wander.

Of course, the draw of our devices is about more than relieving boredom (a goal the devices only occasionally achieve). It's about getting a fix; reacting to a feeling of urgency that you've got to keep up with whatever it is that's coming into your stream right now. Part of the power of the realtime web is that it can quickly make you feel like you can't live without a flow of data that you easily lived without before you discovered it.

That's the Internet's reverse placebo effect: you feel as though you were missing something important before you signed up for the latest service. It's a drug for an ailment you never had.

At that same Arcade Fire concert, a guy in front of me held his camera phone towards the big screen that flanked the stage and hit the video record button. He stood like that for a long time, separated from a live concert by two screens. Maybe he gained some social benefit by sharing the video with a friend or a broader Internet audience. But the concert provided him an opportunity to lose himself in the music and the moment. He let a screen block that experience.

I'm thankful that I can use the Internet to connect with my old friends and my newer, virtual communities. But I'm worried about the price of that always-on connection. Without the Internet, my friend Mordy never would have asked me the question that led to this post. With the Internet, it's a lot less likely I'll ask similar questions of myself.