Accessibility links
The New 'Top' Story: Facebook's Flow Of Change : All Tech Considered Some users were caught off guard by the revamped Facebook News Feed — and the changes won't stop coming. 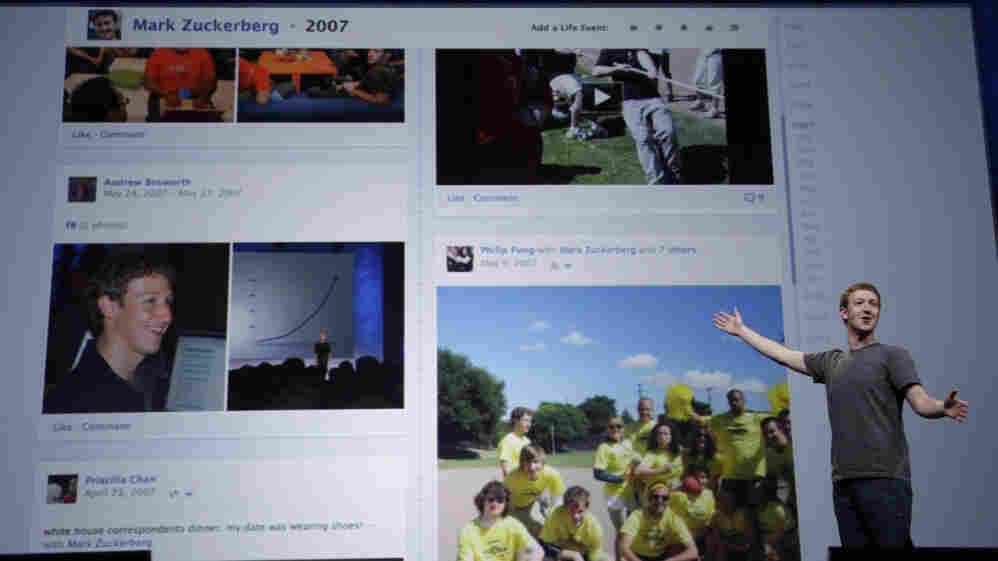 Facebook CEO Mark Zuckerberg shows Timeline during the f/8 conference in San Francisco, on Thursday. The changes to Facebook continue, but some people are unhappy with the recent tweaks. Paul Sakuma/AP hide caption 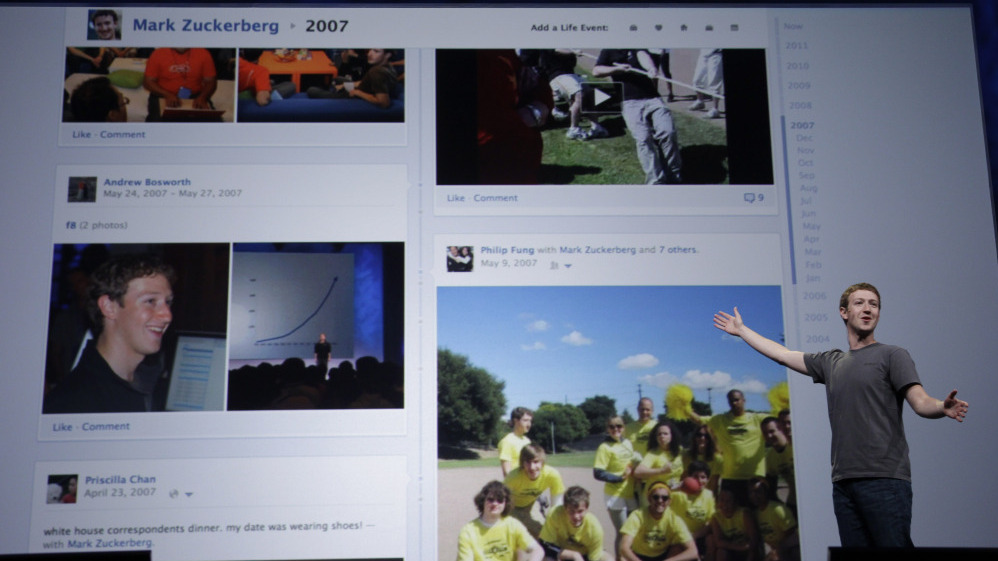 Facebook CEO Mark Zuckerberg shows Timeline during the f/8 conference in San Francisco, on Thursday. The changes to Facebook continue, but some people are unhappy with the recent tweaks.

I logged on to Facebook this week to check out the changes so many people had been griping about in person. "Top News" blared above my News Feed and even more updates spewed in a stream in the right-hand corner of the screen. I reflexively closed the boxes on my profile that explained the "upgrade" and cluttered my view. I was suddenly in the dark, not knowing how to control the information.

The Facebook blog says with the changes, the "News Feed will act more like your own personal newspaper." Ahhhh, I see, it's a digital twist on an old friend: the trusty newspaper. Except with the newspaper, journalists carefully comb through the events of the world and pick out the news that you need to know.

These most recent Facebook changes are meant to cater to all users, the post says, regardless of how frequently they visit the site. For those who are not constantly logged in, a "Top Stories" feed is meant to quickly get them up to date.

"All of your news is now in one place with the most interesting stories featured at the top. If you haven't visited Facebook for a while, the first things you'll see are top photos and status updates posted while you've been away," the company says. "If you check Facebook more frequently, you'll see the most recent stories first."

But when the changes took effect this week, many Facebookers — both avid and casual — joined in a chorus of, "Why is Facebook doing this to me?"

As one Facebook user commented, "How dare you determine which posts are a priority???? Are you limiting political speaeh? WHY dont I have the option to opt opt of this big brother crap????" [sic]

Rather than being outraged that a Top Stories feed exists, some are mad that those "interesting" stories are actually irrelevant, despite the mountain of data Facebook has on their every digital move.

But here's a tip: Users can curate their top stories by clicking on the tabs at the corners of the updates. Stories can be tagged as Top Stories or removed from the Top Stories list. Users can also hide certain friends' updates all together or give Facebook a hint as to what kind of updates they detest. Presumably, that makes a difference as to what appears in Top Stories in the future.

Mashable has an interactive guide to some of the new changes, including the real-time, Twitter-like feed and alterations to the photo album design.