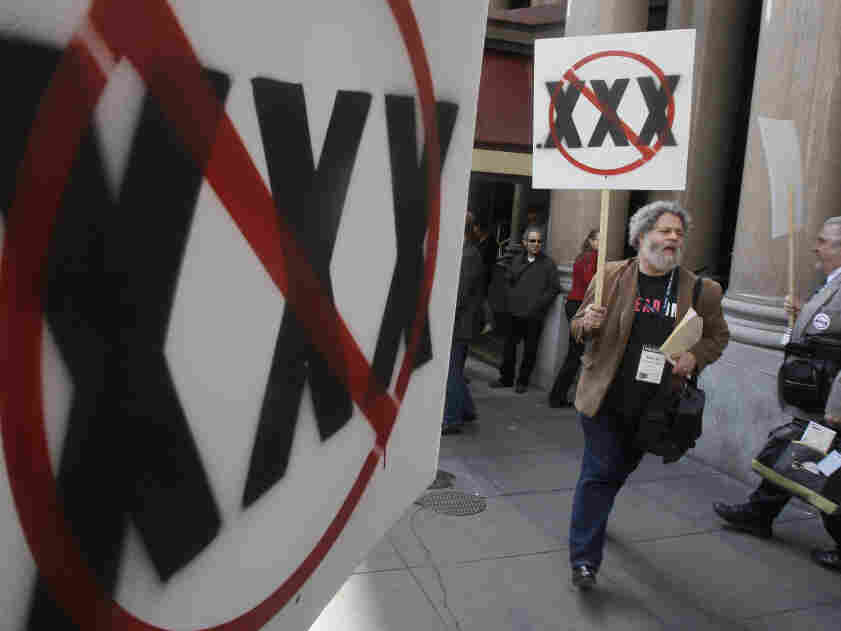 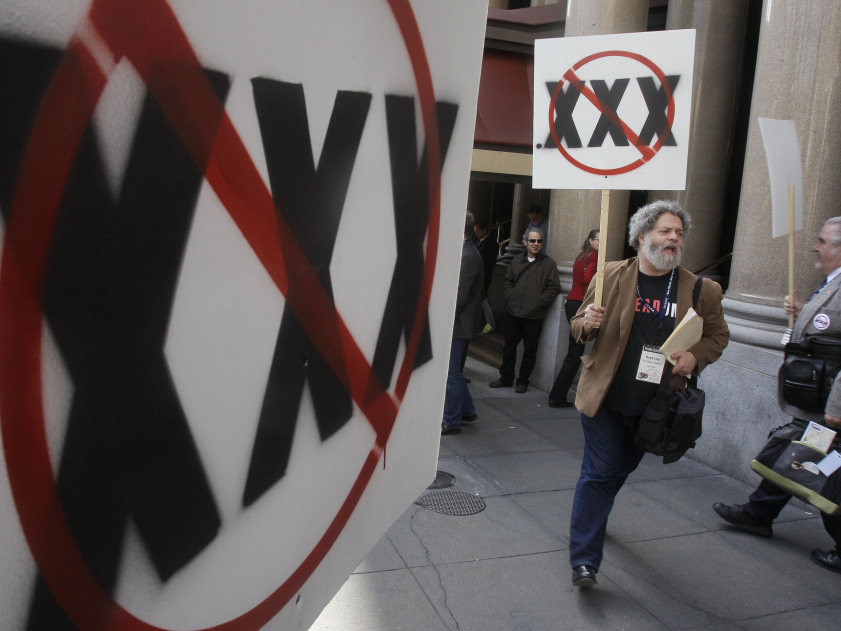 "We've had requests for like 62-character-long names, and I have to admit, [for] some of them I've had to go look them up in the Urban Dictionary to find out what they mean," Lawley says.

The Internet Corporation for Assigned Names and Numbers — ICANN — governs domain names. The first seven were introduced in the 1980s:

It sounds like a win-win for the adult entertainment industry and for people worried about child safety on the Web, but not all agree.

And that's the problem: Some of the largest online adult entertainment companies hate the new domain.

Schools like Indiana University, Illinois State University and the University of North Carolina, Chapel Hill, just to name a few, all bought up combinations of their names back in September — so addresses like UNC.xxx are off the market.

Even NPR has bought up NPR.xxx. If you go there, you'll see a message telling you, "This domain has been reserved from registration." And in case you were wondering, there aren't plans to develop it anytime soon.