Accessibility links
CES: Tech Launching Pad, Home To 8 Million Types Of iPod Cases : All Tech Considered More than 3,100 companies flocked to the Consumer Electronics Show to hawk their wares this year, and the show's host estimates that 20,000 products are launched there. Many of the small companies founded for the show won't be back next year, but their hustle is infectious and some become huge.

The show will close its doors Friday, and many of the little companies and entrepreneurs that are packing up may not make it back next year. Still, their hustle is infectious. And with luck, a few startups launched here this year could go on to become huge.

David Barnett, a philosophy professor at the University of Colorado, hopes his company PopSocket might be one of them.

But the formula for hitting it big at CES is one part great product, one part hustle, and one part luck.

Before I came out to Las Vegas for this year's show, a friend told me about this tiny little company that had a new way of waterproofing gadgets. 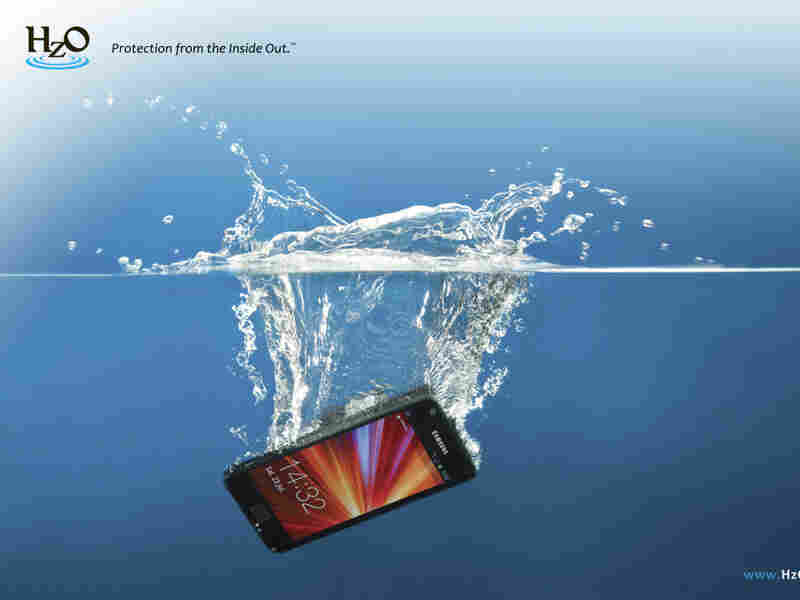 HzO has figured out a way to waterproof gadgets. The company was a media sensation at this year's CES. H20 hide caption 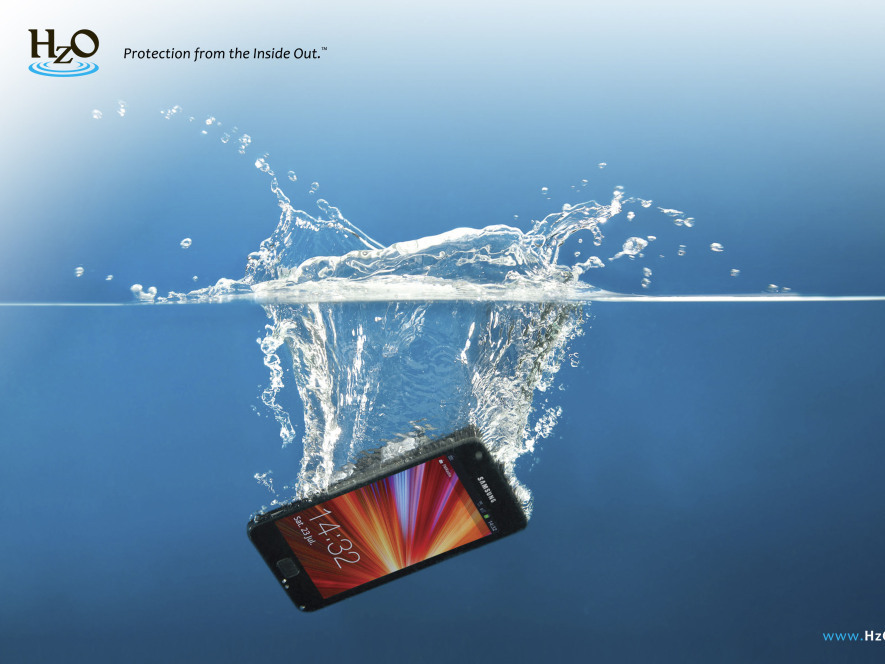 HzO has figured out a way to waterproof gadgets. The company was a media sensation at this year's CES.

I was intrigued, but by the time I made my way to HzO's booth, this little company had become a media sensation.

HzO uses a vacuum to coat the interior circuits of things like iPhones and BlackBerrys with a waterproof sealant. After it's been treated, you can drop your iPad in a pool and it will still work — even if it fills up with water. A cellphone sitting at the bottom of a pitcher of lemonade can still receive calls. And a report on ABC's Good Morning America featured the company.

It created a bit of a sensation. That TV spot at 2:45 a.m. PST on Monday ran the day before CES even started.

"It's fantastic for us — we've had such an outpouring of interest," said HzO President Paul Clayton.

Those 22 seconds of TV time were like rocket fuel. By Tuesday morning, every major electronics manufacturer was talking to Clayton's company. By Thursday, a Google search for "HzO and CES" turned up 199,000 hits.

"CES is really a launching pad," says Jason Oxman, senior vice president of industry affairs at the CEA. "From the VCR to DVD player to Blu-Ray to HDTV, from 3-D to satellite radio to the xBox, they have all been unveiled at CES. What's interesting about that is by the time the technology is first unveiled, nobody knows that it is going to be a game changer." 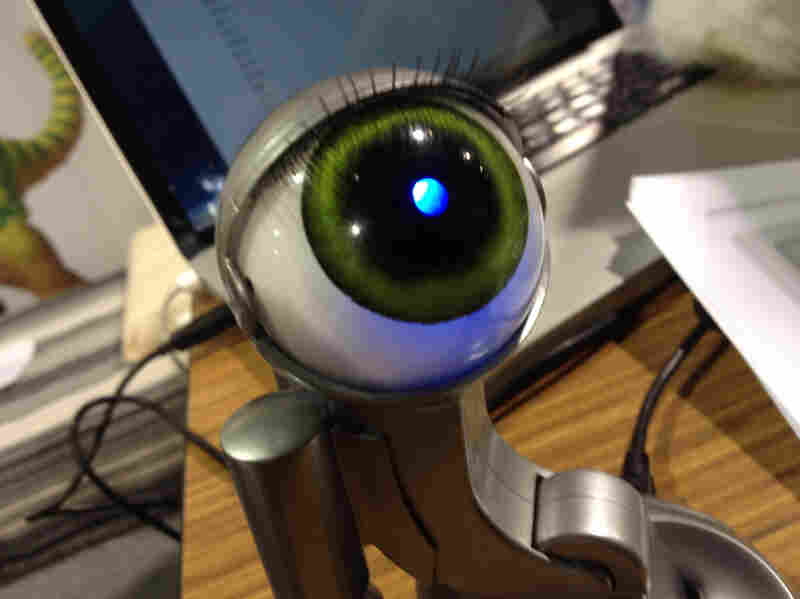 The Computer Companion is a giant blinking eyeball on a stick. Stephen Henn/NPR hide caption 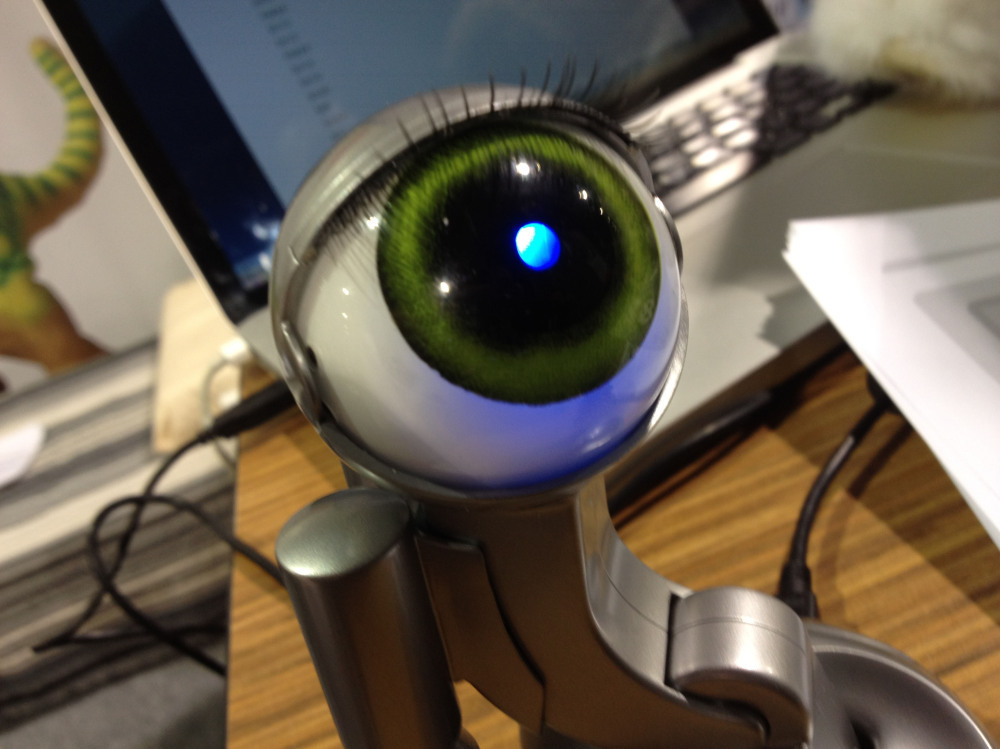 The Computer Companion is a giant blinking eyeball on a stick.

Oxman says each year something like 20,000 new products debut at the show. But with so many debuts, not everything can be a hit.

Take the Computer Companion. It's a giant blinking eyeball on a stick. But that's not all. It also blinks and reacts when you type. If you type "sorry," it squeaks and falls to the ground. Type "happy" and it blinks coyingly.

There is the Pleo RB, a plastic dinosaur robot. It can be yours for just $469. But really, that's not much — as a woman behind the booth explained.

"It's actually like a real pet," she said. "Without the poo-poo and wee-wee." 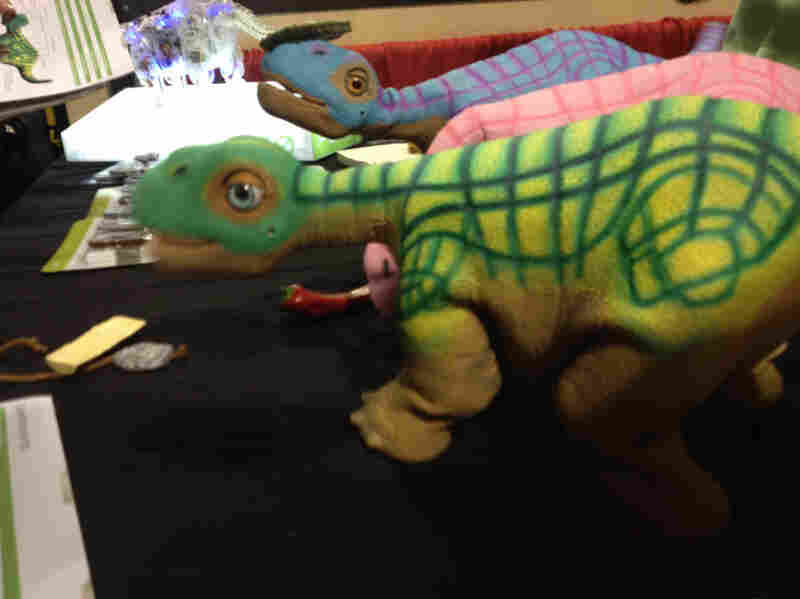 The Pleo RB is a $469 plastic dinosaur robot. Its makers say it's like a real pet, but without "poo-poo and wee-wee." Stephen Henn/NPR hide caption 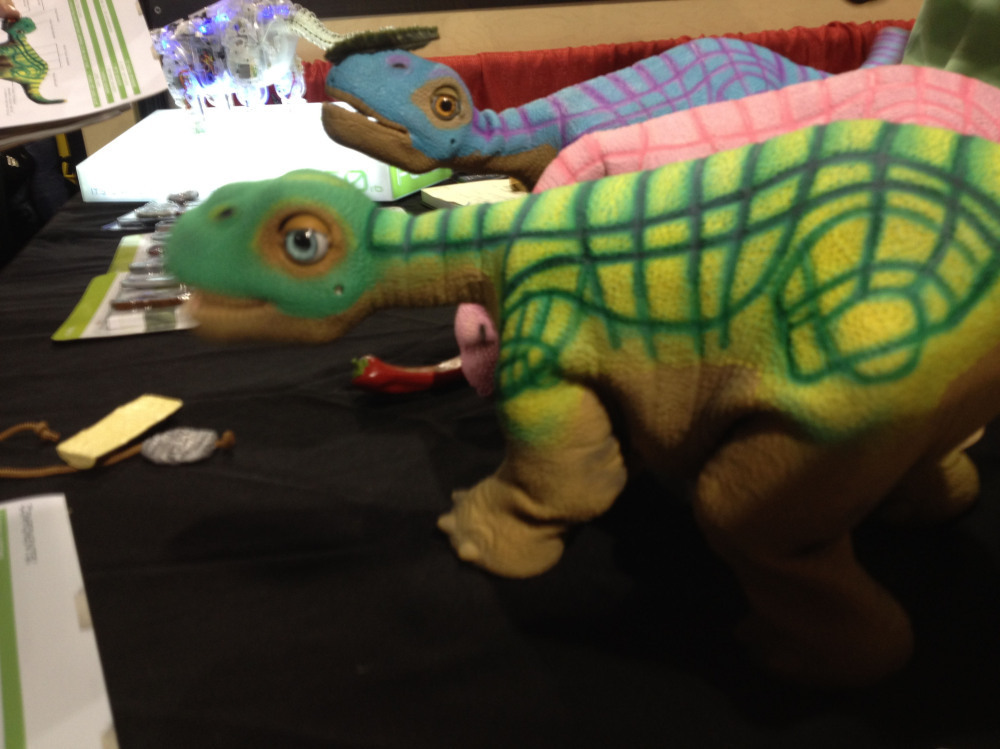 The Pleo RB is a $469 plastic dinosaur robot. Its makers say it's like a real pet, but without "poo-poo and wee-wee."

What? That's ridiculous! For $469, poo-poo is not included? An outrage.

"Among those 20,000 products, there are a lot of them that are not going to make it," Oxman said. "No question about that."

But Oxman steadfastly refused to answer my next question. So I asked Bill Bain, out on the show floor, instead: What's the worst product you've seen this year?

Nonetheless, Barnett, the professor, was undaunted. He is completely convinced that what the world really needs is just one more iPhone case.

Barnett's business plan is to raise money on Kickstarter.com, and then start manufacturing his special case. He spells it all out in his video.

Barnett didn't even have a booth. But there he was cruising up and down the aisles — with a prototype in one hand and a pile of business cards in the other.

And yes, he really is a philosophy professor. You know — philosophy informs this work. The design process "was a circle rotating from prototype to rejection and then start again — it was Hegelian cycle."

Actually, Barnett worked with Speck Design to come up with the pop-out pivoting stand.

But if Barnett's little business doesn't pan out, he'll will survive. After all, he has tenure — and, actually, those cases are pretty cool.