Accessibility links
New Ways To Think About Online Privacy : All Tech Considered Afraid to post your child's picture on Facebook? Worried your financial information will be compromised? Experts say we need to decide how we want to interact with each other, consider the importance of privacy to a democracy and take the time to learn privacy settings and rules. 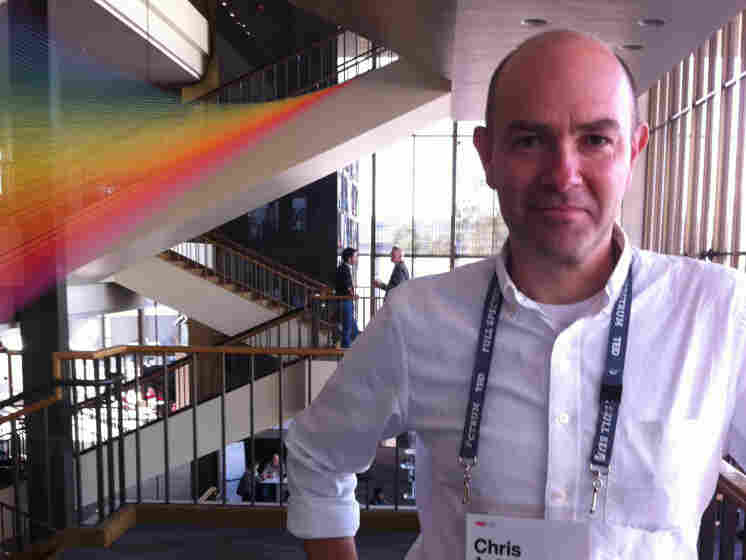 As an editor who helps put Morning Edition on the air, I work overnight. There is something called sleep hygiene that some of us who work while you sleep have studied closely. Sleep hygiene is a set of practices that aim to help you sleep better — like not reading in bed, not watching TV there or playing Angry Birds or reading the news.

For example, I'm afraid to post pictures of my child on Facebook. Some of my friends think I'm crazy and paranoid, but I would like my child to make his own decisions about what pictures he wants posted of himself on the Internet. I don't trust the privacy settings on Facebook and don't know what could happen with those pictures.

With this in mind, this week, I'm at the TED conference in Long Beach, Calif., surrounded by some of the world's most creative and inventive thinkers and thought I would pose the question to them: What is good privacy hygiene? What are some good habits in terms of protecting one's privacy in the digital age? What do they teach their kids about privacy in the digital age?

Here's a summary of what some of these big thinkers had to say:

"It's not social media you have to worry about. Your phone has eight to 10 sensors gathering data — GPS, proximity, sound, light, accelerometer. It's as if you are emanating, 'data exhaust.' If you could see this, it would appear like a data halo around you. Even with Google, the number of signals they collect about you even if you sign off... it's a losing battle. If you're going to use technology, an iPad, a smartphone, this is the price you pay."

"Before I was at Twitter, I was at Google for nine years and over this time, my sense of privacy has changed. I would consider myself a private person, but in fact, I'm not so much. That doesn't mean I share my innermost secrets, my financial information, but socially, we're more used to sharing pictures, stories about our vacations, our music.

"Still, my hygiene is good to the extent that I change my passwords regularly; I have strong passwords and not the same one for everything. But banks and financial institutions, that's where we need more hygiene and regulation. It's at the institutional level, that's what I'm concerned about. I don't know that there's anything government can do because they're in the pocket of these companies. I'm skeptical because look who funds candidates, PACs, superPACs. That's where regulation should come, on the institutional level."

"We now know all each others' business — it's like the feudal village where everyone knew what everyone else was doing. Kids growing up today have no concept of privacy, though the way in which you choose to interact with other humans is a personal choice. We've been railroaded into believing the only way to communicate with others is through social media. As a culture, we have to decide: How do we want to interact with each other?

"But there's a bigger thought here: I think the notion of the individual may have peaked in the late 20th century. The post-enlightenment concept of the individual is mostly a 20th century, Western construct. The Me Generation — all this thinking about, 'who am I? I'm so interesting, I'm so unique.' That narcissism turned a corner with social media."

Sherry Turkle, director, MIT initiative on technology and self:

"We like to say that we grew up with the Internet, thus we think that the Internet is all grown up. But it's not. The problem is that we have not created a privacy culture on the Internet that we can live with. We created the wrong one. What I think about is: What is intimacy without privacy? What is a democracy without privacy? We weren't asking those two questions when this was created and we bequeathed to our children this culture then we shrug, 'they don't care about privacy.'

"I was trained to care about privacy. My grandmother of Eastern European descent used to marvel at the mail. The idea that you were in a country where mail was sacrosanct... that to tamper with the mail was a federal offense, to her, this was one of the great things about being an American. What drives me crazy is that people turn to these babies, these children and say, 'They don't care about privacy.' But it was our responsibility to teach them.

"[Facebook CEO] ]Mark Zuckerberg says privacy is no longer a social norm. When he said that, I tweeted — and I never tweet, that's how angry I was — it may not be relevant for the social network, but it is for intimacy and democracy. Technology makes people stupid. It can blind you to what your underlying values are and need to be. Are we really willing to give away our Constitutional and civil liberties that we fought so hard for? People shed blood for this, to not live in a surveillance society. We looked at the Stasi and said, 'That's not us.' And now we let Apple do it and Google do it? For what?"

"I feel like I'm fully empowered to present myself online. My wife, however, is ungoogleable, she has no presence. My children are too young but will have two circles: one with their friends in which they will overshare and one that is intentional and with the public that will be minimal. Only later will they learn the difference between the two.

"Privacy is complicated and the rules change and no one reads the terms of service — and the terms of service change. I do think people are not quite as powerless as they believe. If you go into your settings, they're all right there. The problem is people don't take the time to do it."