Accessibility links
To Keep Customers, Brick-And-Mortar Stores Look To Smartphones : All Tech Considered New apps could guide you to specific products and even deliver discounts based on where you're standing in a store. It's all designed to get you to continue shopping locally instead of online. 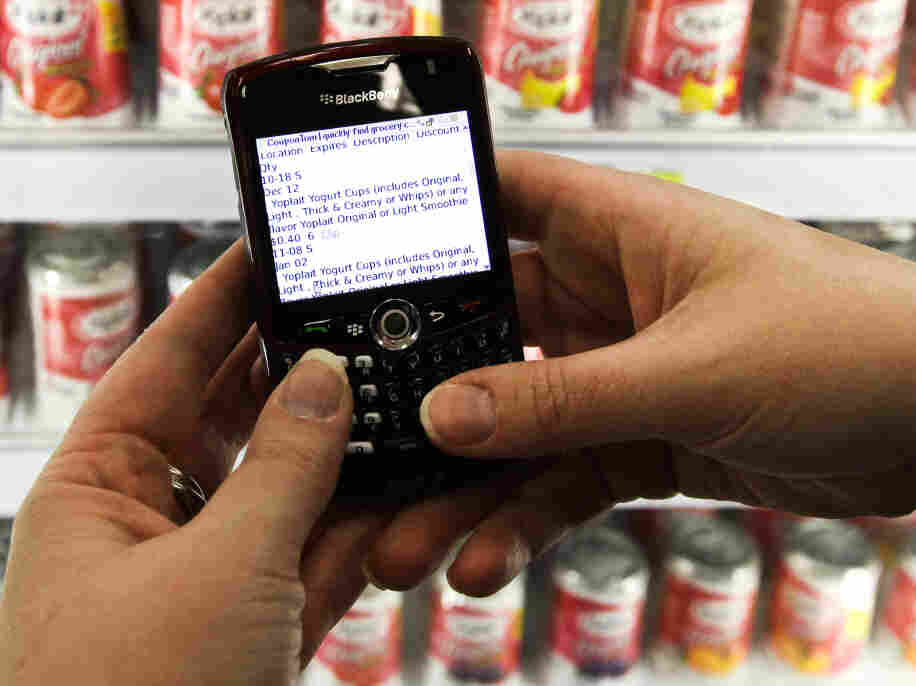 A shopper searches on her BlackBerry for coupons inside a Target store. Consumers with smartphones are changing the way stores set prices and track customer tastes. M. Spencer Green/AP hide caption 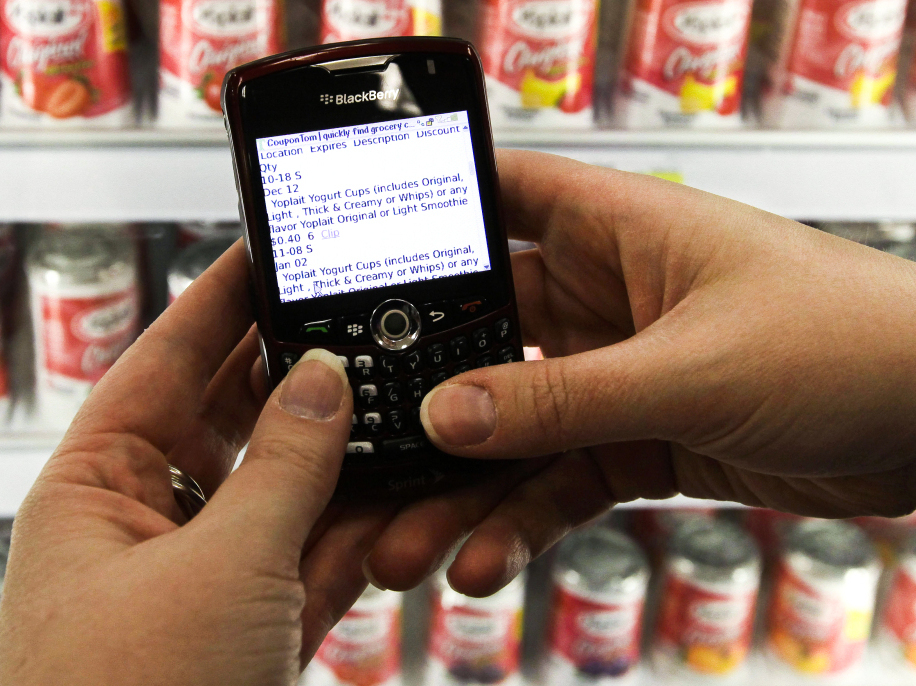 A shopper searches on her BlackBerry for coupons inside a Target store. Consumers with smartphones are changing the way stores set prices and track customer tastes.

Best Buy must live in fear of shoppers like Ave Lising. He and a group of friends walk through the Stanford mall in Palo Alto, Calif., their cellphones clutched in their hands.

So he whipped out his smartphone and scanned the barcode, found it cheaper and ... no sale for Best Buy.

There's a word for that kind of in-store comparison shopping: "showrooming."

Bryan Wargo, co-founder of a startup called Nearbuy Systems, says everyone in retail "knows they're being showroomed. But they don't know by who, for what products, when it's happening [or] what kind of consumer does that."

A mobile shopping revolution is under way, and brick-and-mortar retailers are worried.

When you shop online, marketers are following your every click. But when you walk into a store they know almost nothing about you.

That detailed information about in-store shoppers is exactly what retailers want. 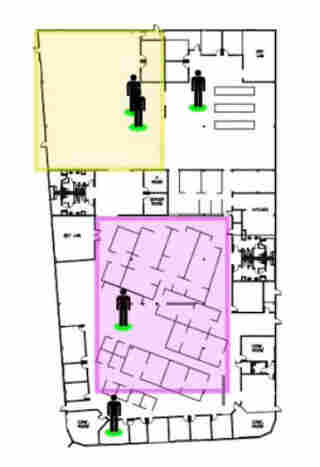 A screen shot from a Nearbuy Systems demo video shows how the company's technology can help retailers track where consumers are in a store. Nearbuy Systems/YouTube hide caption 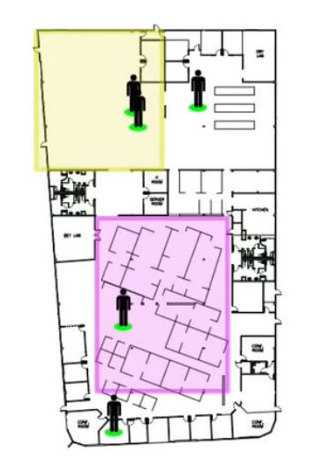 A screen shot from a Nearbuy Systems demo video shows how the company's technology can help retailers track where consumers are in a store.

Wargo's company is using mobile technology to try to give it to merchants. Inside a drafty warehouse in Menlo Park, less than a mile from Facebook's sprawling new headquarters, Nearbuy has created a mockup of a big-box retail store.

There are fake shelves — the floor is laid out in a grid with blue masking tape — and there's a network of security cameras overhead. But instead of tracking real customers around the space, they're tracking a group of little robots.

The robots spend hours cruising around, towing cardboard cutouts of a Stormtrooper and Boba Fett from Star Wars, both holding iPhones.

Wargo and Nearbuy co-founder and Chief Technology Officer Marc Jamtgaard are using their technology to track the Stormtroopers — or real people — to within a couple feet of where they're standing.

"It's tracking my iPhone right now, so it is using Wi-Fi, which gives us about 10 meters of accuracy," Jamtgaard says. And because Wi-Fi is often imprecise, "we are augmenting that with the video surveillance system that is in this warehouse," Jamtgaard says.

"Our challenge was, take what we already have, and most stores have — Wi-Fi and ... video for security and things — and mix those two signals together to create something that is more accurate," Wargo says.

Retailers could use this technology to build apps to guide customers through their store aisles to specific products, or even deliver discounts and coupons based on where people are standing in any particular store.

"The vision everyone has for this technology is that you walk in front of the soda. And then Coke and Pepsi in the background are going to bid up to see who can send you that coupon," Wargo says.

This kind of technology could also let stores know if you are on your phone checking prices — or even buying something from a competitor.

In other words, it could give those retailers who are being showroomed a fighting chance to win back your business before you walk out.

In short, it could save you money.

But, as Wargo says, "people need to opt-in. People need agree to be tracked or provide location-based services, or else we're not going to do it."

A Fine Line Between Convenience And 'Creepy'

These kinds of technologies "are really walking a fine line," says Julie Ask, a mobile marketing guru at Forrester Research.

Ask says most new mobile shopping apps are making more or less the same bargain with their customers, trying to strike a balance between using the information they're collecting "in a way ... that makes me smile and say, 'Yeah, you know, I'm having a better day; I like this,' — versus something that seems creepy, as if I am being watched or followed," she says.

And when companies get this trade-off right, she says, consumers love it. She's totally comfortable, for example, scanning her prescriptions into a mobile app created by Walgreens. "It's about refilling a prescription in less than 20 seconds," she says.

Back at the Stanford mall, Lising and his friends agree. They like the idea of the Fandango app that tracks users everywhere they go, to tell them nearby movies that will start within an hour. "That would be helpful for sure," they say.

Like Lising, most customers are comfortable giving up all sorts of sensitive information if they feel like it is being used to help them — and if they believe it's not going to be abused.

So right now, brick-and-mortar stores are trying to figure out ways to get all of us to share more and more personal details through our mobile devices as we shop.