Accessibility links
From Silicon Valley, A New Approach To Education : All Tech Considered Four major universities — Stanford, Princeton, the University of Pennsylvania and University of Michigan — are joining forces with a startup called Coursera to offer free online classes in more than three-dozen subjects. The professors involved hope this kind of online interaction transforms higher education. 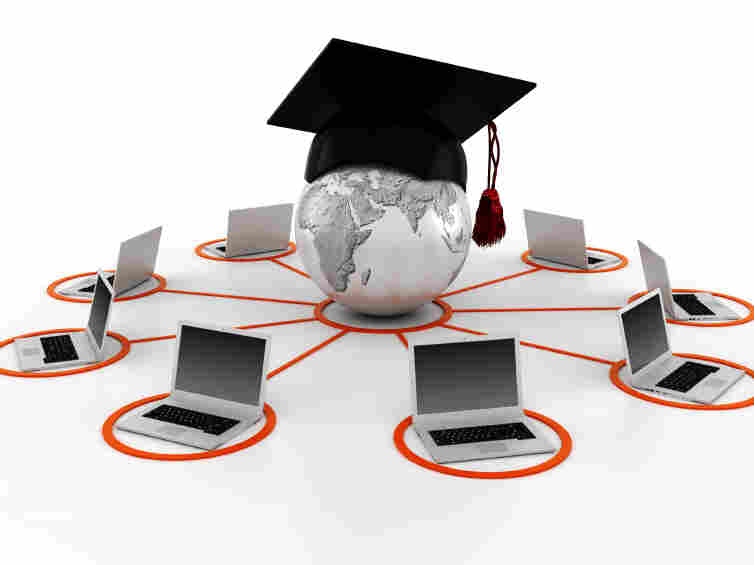 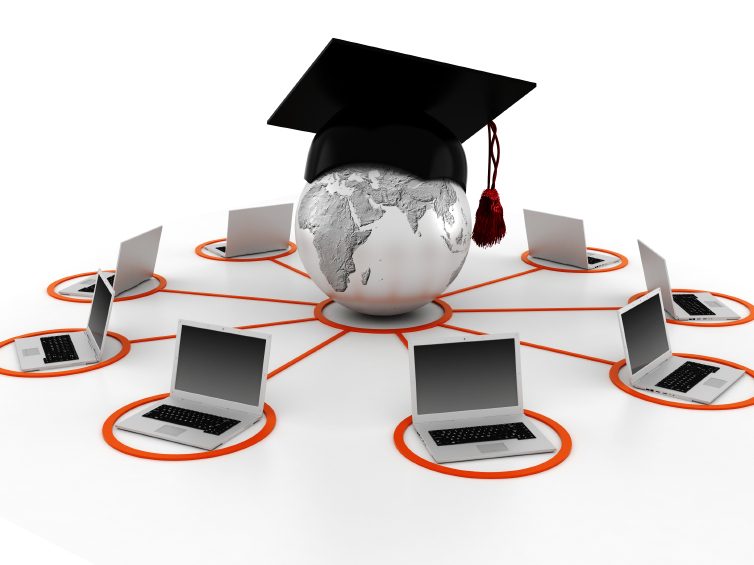 Last year when Andrew Ng, a computer science professor at Stanford University, put his machine-learning class online and opened enrollment to the world, more than 100,000 students signed up.

"I think all of us were surprised," he says.

Ng had posted lectures online before, but this class was different.

"This was actually a class where you can participate as a student and get homework and assessments," he said.

The class was interactive. There were quizzes and online forums where teaching assistants, fellow students and Ng answered questions. In the end, tens of thousands of students did all the same work and took the same tests that Stanford students took; thousands passed.

"Stanford has always been a place where we were not afraid to try bold new things, often without knowing exactly what the consequences were going to be," said Jim Plummer, the dean of engineering. "And this is an instance of that."

Now Ng and Daphne Koller, a Stanford colleague, are launching a company called Coursera to bring more classes from elite universities to students around the world for free online.

"By providing what is a truly high-quality educational experience to so many students for free, I think we can really change many, many people's lives," Koller says.

Koller says she believes online classes could bring university classes to millions of people who are now effectively cut off.

But to do this, these classes have to be effective at teaching more than just computer science. How will they teach hundreds of thousands of students to write?

"You've asked the right question," asks Al Filreis, a poetry professor at the University of Pennsylvania, "which is: You are really going to try to do a poetry course?"

They are. In fact, Filreis is the guy they have roped into doing just that. He will teach modern and contemporary American poetry online for free starting in the fall. He says he knows he's not going to be able to grade thousands of essays.

But "I am really, really game and open to other ways of understanding whether people are getting it because my university has decided to let me free," he says.

Filreis isn't looking for correct answers. He wants people to think about the poems he's teaching and engage one another.

"Poetry is really good in this setting because you can read it alone and get so much out of it, and be perfectly fine with it, but the next step was [to] hang out with some intuitively smart people and collectively — together, collaboratively — let's read the poem together," he says.

In his class this fall, Filreis will discuss poetry with a small group of students while potentially thousands make comments online. Coursera is building a system like Yelp that will let these students value each others comments; the most valued and respected will rise to the top.

Will all this work? Is this a way to teach poetry or anything else? Filreis isn't sure, but he's excited to give it a try. And it's possible this fall he could reach more students with poetry than he has in his entire career.