Accessibility links
'What Facebook Is Selling Is Us' : All Tech Considered Facebook's initial public offering — $16 billion and counting — is shaping up to be one of the largest in history. The company and its investors are betting that the social media giant can learn enough from its users so it can target ads that will be worth big, big money. 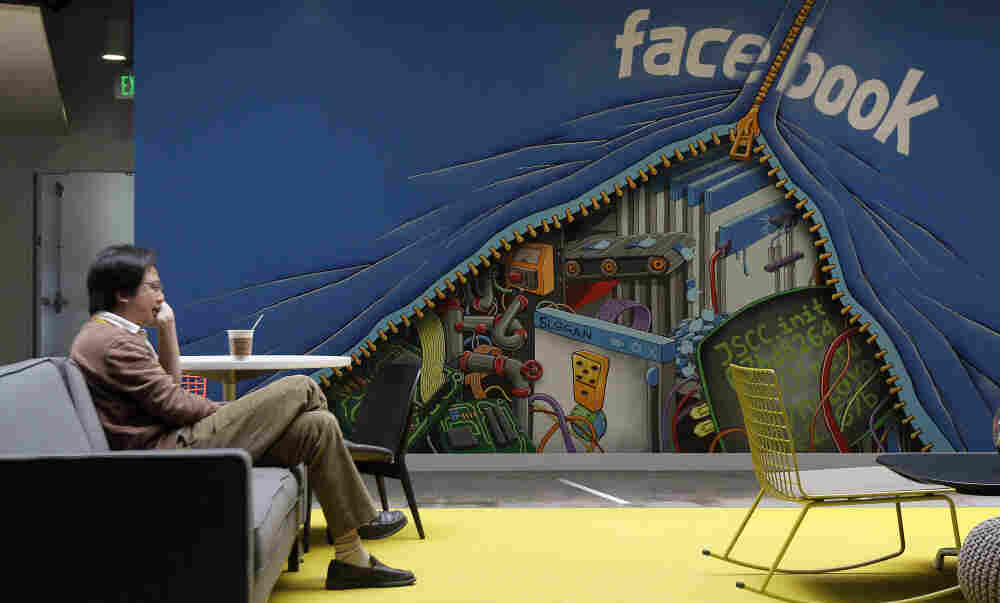 A worker sits in the Facebook office in Menlo Park, Calif. The amount of information Facebook learns about its users seems to have entranced Wall Street. Jeff Chiu/AP hide caption 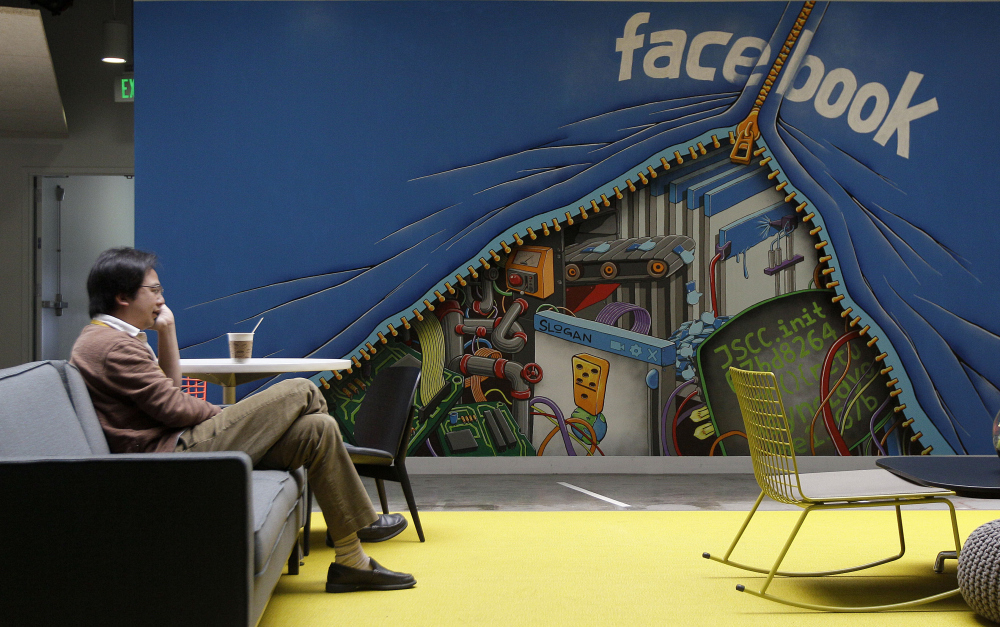 A worker sits in the Facebook office in Menlo Park, Calif. The amount of information Facebook learns about its users seems to have entranced Wall Street.

Facebook's initial public offering is shaping up to be one of the largest in history. This morning the company told the Securities and Exchange Commission that it was expanding its offering ... again.

Now Facebook is planning to raise up to $16 billion from investors by taking a small slice of the company to the public. And it will likely be worth more than $100 billion on its opening day of trading. It could easily go higher.

So this week Zoe Chace at Planet Money and I have been poking through Facebook's business. Really trying to answer one pressing question: Can this company be worth this much? Can it live up to its hype?

Anant Sundaram is a valuation expert at Dartmouth's Tuck School of Business. He says for Facebook to justify its stock price over the long term, 10 years from now it will need to attract one of every 10 ad dollars spent anywhere on the planet. That's not just on the Internet — that's the planet.

So do Facebook ads work? Are these ads, in the words of Zoe Chace, "going to become the bomb that explodes the advertising industry?"

It's a good question — a $100 billion question. And the answer you get depends who you ask.

General Motors says no, these ads don't work. And the company chose this week to pull all its paid advertisements off of the social network — and GM did it publicly.

Facebook's Growth And Reach At A Glance

But drive across Detroit and you get a radically different answer. Ford loves Facebook.

It used Facebook to unveil the 2011 Ford Explorer. Ford says that campaign yielded better results than a Super Bowl ad — for a fraction of the cost. Part of the problem is that the return on investment for brands that advertise on Facebook is hard to measure.

Zoe and I ran our own little test. We recruited a pizza place in New Orleans called Pizza Delicious and watched as it launched a mini-campaign. And while Facebook delivered the ad to a huge number of New Orleanians in a short time — we may never know if the campaign pays off.

Just like on television, advertisers on Facebook struggle to figure out which ads are leading to which customers, but in the digital world this kind of clear return on investment is what many advertisers have grown to expect.

"Google built a great search experience and then they stumbled upon AdWords which turned into the big cash cow for them," says Rob Leathern, the CEO of Optimal, a social media marketing firm. "I don't know that Facebook has found that yet."

Ultimately it's the amount of information about its users that seems to have entranced Wall Street.

"When Facebook investors and founders rake in billions of dollars on Friday [the first day of public trading], they are making that money by selling little bits of each of us," says Fred Cate, a distinguished professor and director of the Indiana University Center for Applied Cybersecurity Research. "What Facebook is selling is us. They're selling data, but data that more than 900 million of us volunteer on a daily basis."

This may be Facebook's most valuable asset — the information about us it has and its ability to collect more.