Accessibility links
Apple To Google Maps: We Have Our Own App For That : All Tech Considered A report in the Wall Street Journal says Apple may soon replace Google's popular Maps app as the iPhone default with its own mapping application. The move has broad implications for the multibillion-dollar smartphone market. 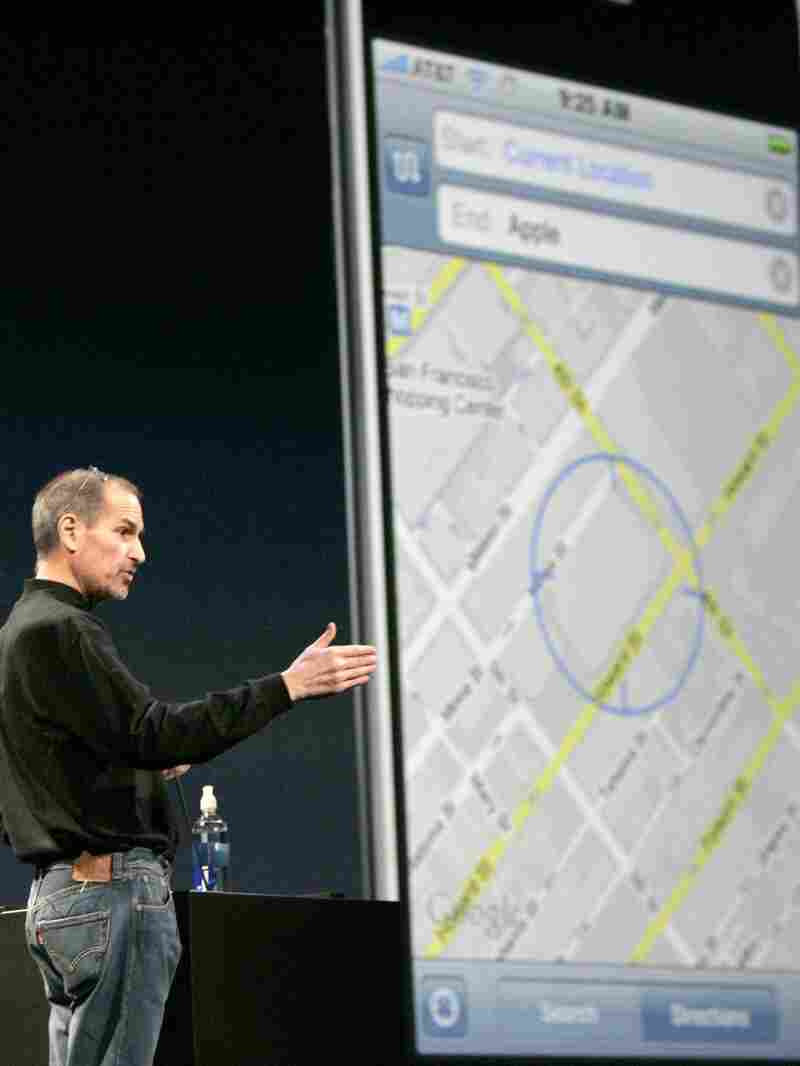 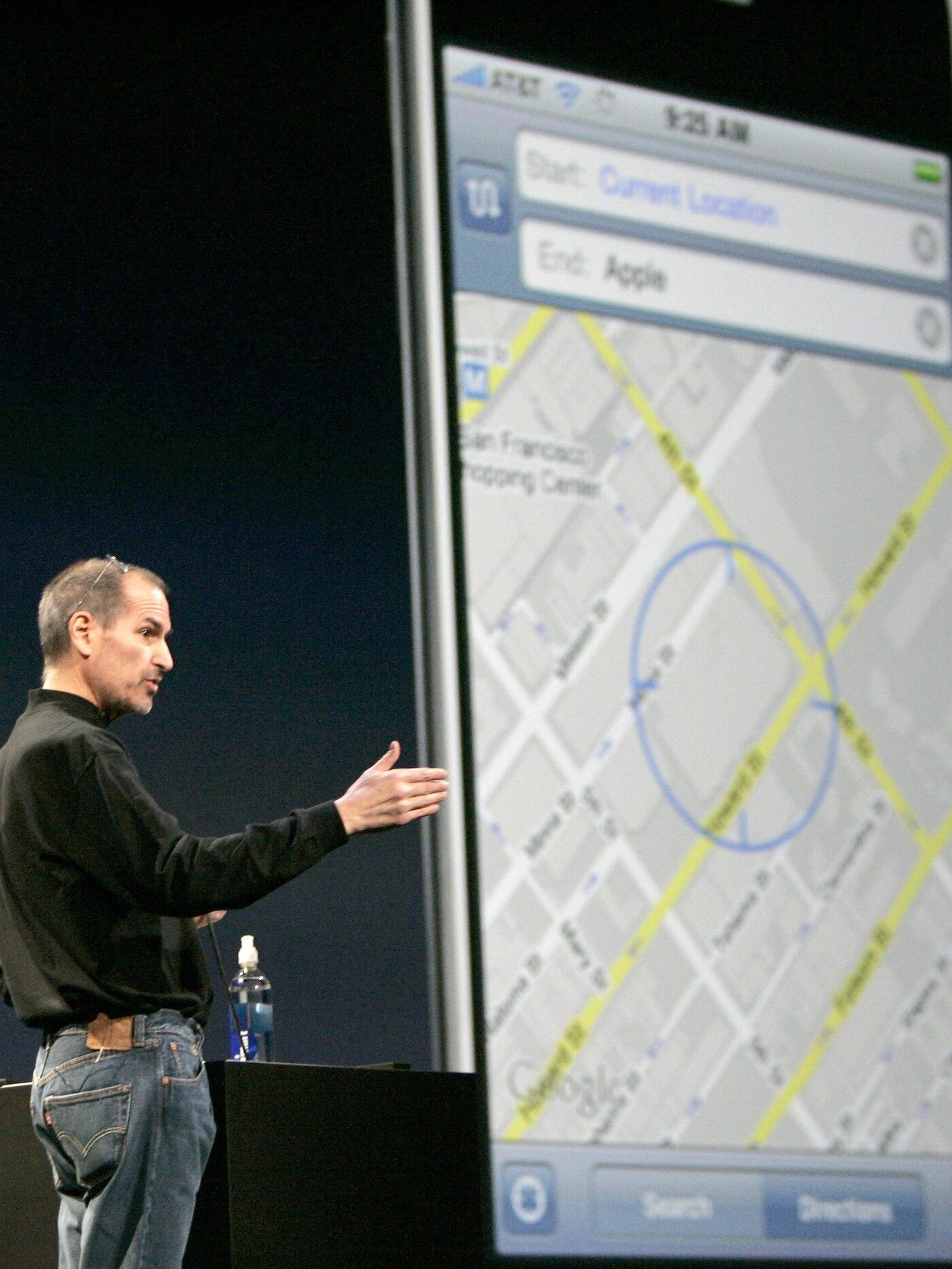 Apple's late CEO, Steve Jobs, discusses the Google Maps application for the iPhone during the Macworld Convention and Expo in San Francisco in 2008.

There's been speculation for months that Apple will try to elbow Google's popular Maps app aside on the iPhone and unveil its own map app, and some of the best evidence yet comes from Tuesday's Wall Street Journal.

The paper looked into the reasons for the impending switch and the broader implications it would have for the smartphone market.

The speculation began last month when the website 9to5Mac cited "trusted sources" in reporting that Apple will replace Google Maps as the default map app in iOS6, the next version of its mobile operating system.

"The application design is said to be fairly similar to the current Google Maps program on the iPhone, iPad, and iPod touch, but it is described as a much cleaner, faster, and more reliable experience," the website said.

Google Maps has been a mainstay of the iPhone since 2007, but the Journal says Apple's replacement plan was hatched years ago and accelerated when phones powered by Google's Android operating system overtook Apple in shipments. So Apple bought three companies, Placebase, C3 Technologies and Poly 9, which it used to create a mapping database.

The Journal reports that Apple could preview the new software as soon as next week at its annual developer conference in San Francisco. It cited "one person familiar with the plans."

In its May report, 9to5Mac said the Apple maps app will have a new 3-D tool.

"This 3D mode is said to essentially be technology straight from C3 Technologies: beautiful, realistic graphics based on de-classified missile target algorithms," the report said.

Jessica Vascellaro, one of the reporters who wrote the Journal story, told NPR's Audie Cornish that while Google will lose some revenue from the move, what's at stake goes beyond mapping applications.

"There's sort of a bigger pile of money at stake when you look at the broader smartphone battle and what phones people are buying," she said. "Because people today whether they're buying iPhones or phones that run Google's Android software, they want the coolest hardware but also, you know, the coolest apps. And if Google or Apple has a better map app, they're hoping that [they are] pulling users toward buying their phones and being sort of on their software platform.

"So it's really a broader battle about the billions of billions of dollars at stake in the smartphone industry."

The Journal's Vascellaro said the app will also turn your phone into an in-car GPS device, a feature already available in Android-powered phones.

"But I think where Apple is really going to try and differentiate is on sort of the vividness of the imagery and really 3-D imagery that pops on your screen, which is something we're not totally used to yet on mobile," she said.