Accessibility links
ICANN's Call For New Domain Names Brings Criticism, And $357 Million : All Tech Considered The corporation that regulates the Internet plans to increase the number of "top level" domains from the current 22 to 1,000 domains starting in early 2013. The proposed domains offer a cross-section of the Internet — what we use it for, and where the money is. 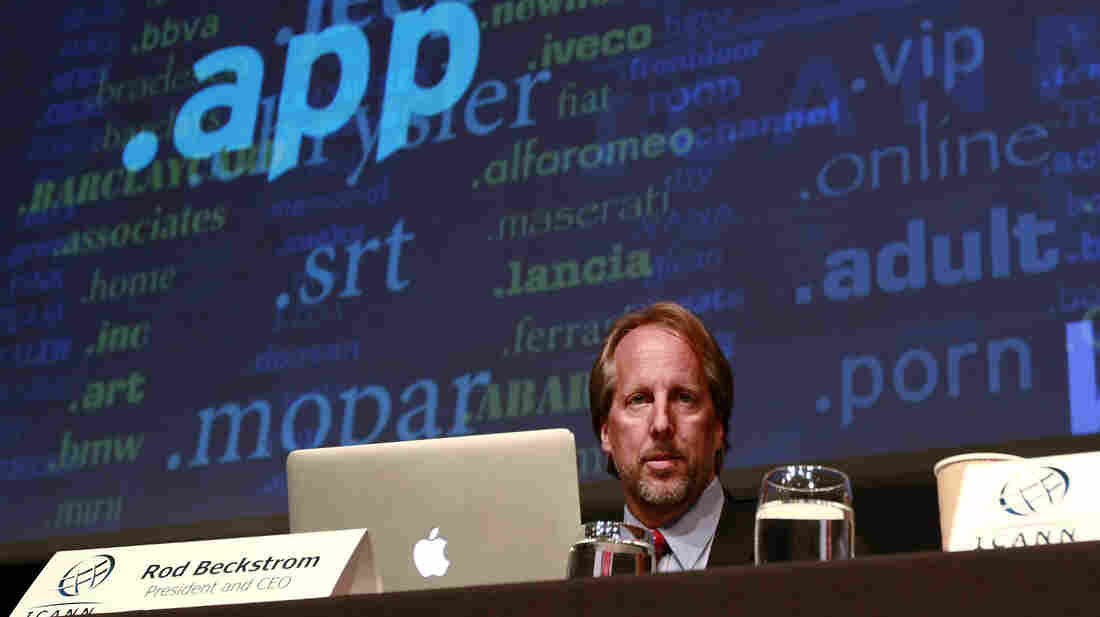 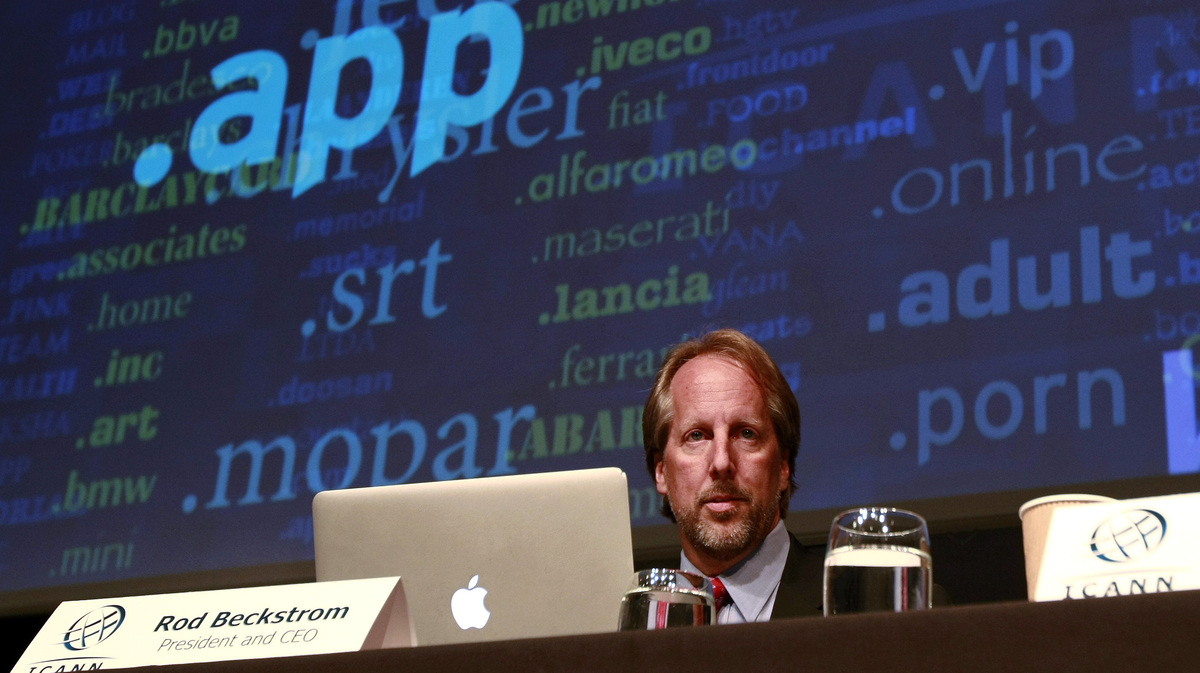 ICANN, the corporation that rules the Internet's address book, plans to increase the number of "top level" domains from the current 22 to 1,000 domains starting in early 2013. But not everyone is happy with that plan — and many say it's an open call to price-gougers and con artists.

The list of proposed new domains was released Wednesday. And it could mean that names like .app and .news will compete with today's .com and .org, for instance. Approved domains will join 280 existing geographic domains, such as .uk and .in. To have their new domain proposal evaluated, groups and businesses must pay a $185,000 application fee.

Critics of ICANN's "generic top-level domain program" say the application fee is too expensive, noting that many groups will be forced into buying domains related to their names, just to protect themselves. And they also fear that fraudulent operators will set up entire domains in which they can pass themselves off as an established company or group.

ICANN insists that won't happen — and it has set up an online forum to allow Internet users to comment on domain applications. Proposed domains are open to comments for 60 days, to be followed by several months of a probation-like period.

The newly applied-for domains offer a sort of cross-section of the Internet — what we use it for, and what companies see as money-making opportunities. The most highly contested names include .app (13 applications), .home (12), .art (11), and .shop (11). .Hotels also make an appearance, along with .cloud and .love (7 each), and .now (6 applications).

Two of the most active corporations were Google (101 domains) and Amazon (76). Google's choices ranged from the predictable — .android and .youtube — to the ambitious: .are; .baby (a surprise hit, with 5 other applications); .blog; .book; .fun; .game; .mail; .music; and .soy. The search giant also went for .lol and .goo.

Amazon wants to scoop up .author and .buy, along with .app, .search, .wow, and .zappos. And it seems destined to fight Google for .music and .mail, along with a reported 19 other domains that both corporations applied for.

The broad themes of many proposed domains are prompting complaints that corporations, or anyone with a spare $185,000, can form a monopoly on ideas and common nouns. That's led many critics to compare the plan to a landgrab, or even a gold rush.

Domain-name speculators made up a large portion of the applicants, as they sought to nail down domains they can resell later, either in whole or in part.

Another company, Afilias, says it applied for 305 top level domains, either on its own behalf or for its clients. The company currently operates .info and .mobi, among other enterprises.

In a report for All Things Considered, NPR's Yuki Noguchi spoke to Roland LaPlante, a senior vice president at Afilias, about what companies want with the new domains.

"They'll have complete control over what goes on in their top level domain. And that means in those domains there will be no spam, no phishing, no malware, none of the other evil things that are happening on the Internet today," LaPlante told Yuki. "So there's a big security benefit to having your own top level domain, particularly if counterfeiting has been an issue for you."

But not every big corporation is vying to be part of the new system. In fact, 79 of them have signed a petition against ICANN's new top level domains, in a group organized by the Association of National Advertisers. The businesses include Coca-Cola, Hewlett-Packard, Samsung, Dell, Nestle USA, Dunkin Brands, Ford, Procter & Gamble, General Electric, Kellogg, and MillerCoors.

"The proposed ICANN program would permit applicants to claim virtually any word, generic or branded, as an Internet top-level domain," the group wrote in a statement. "This would strongly pressure brand owners at every level of business including small businesses, consumers, NGOs, charities and foundations to defensively buy and protect new top level domains."

It's worth noting that not all of those corporations are boycotting the domain process. Instead, they're hedging their bets. Johnson & Johnson, for instance, is applying for the .baby name.