Accessibility links
You Know You Want One: Personal Robots Are Coming, But Not Ready For You Yet : All Tech Considered A Silicon Valley company hopes to make a Jetsons-style robot a reality in your home. But the personal robotics industry has a few hurdles to jump before you can have your own robotic maid.

The Spirit Of Innovation

How A Robot Folds Laundry

This video shows a PR2 robot programmed by designers at UC Berkeley working at six times its actual speed. It takes about six minutes for the robot to fold one towel.

Meet Jake. At 500 pounds, he stands 4 feet 4 four inches tall, with a spine that stretches another foot. He has white urethane skin, a flat head sporting an array of camera lenses, and a laser scanner in his throat.

And he may be coming to a home near you.

Jake is a PR2, which stands for "personal robot," and the brainchild of Willow Garage, a robotics company in Menlo Park, Calif. Founded in 2006, the company is considered one of the most exciting, influential players in the world of personal robotics. 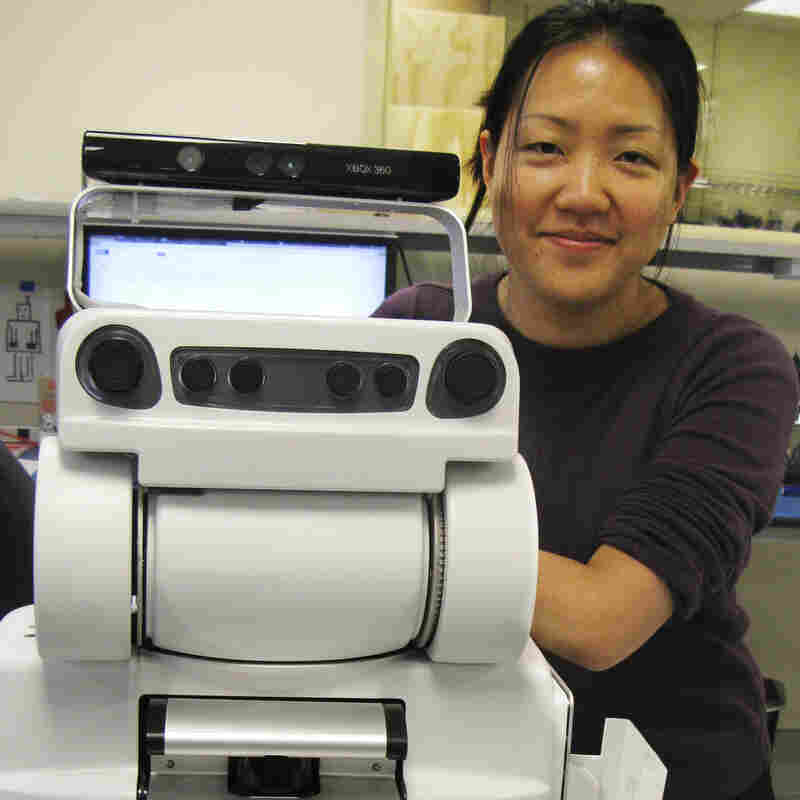 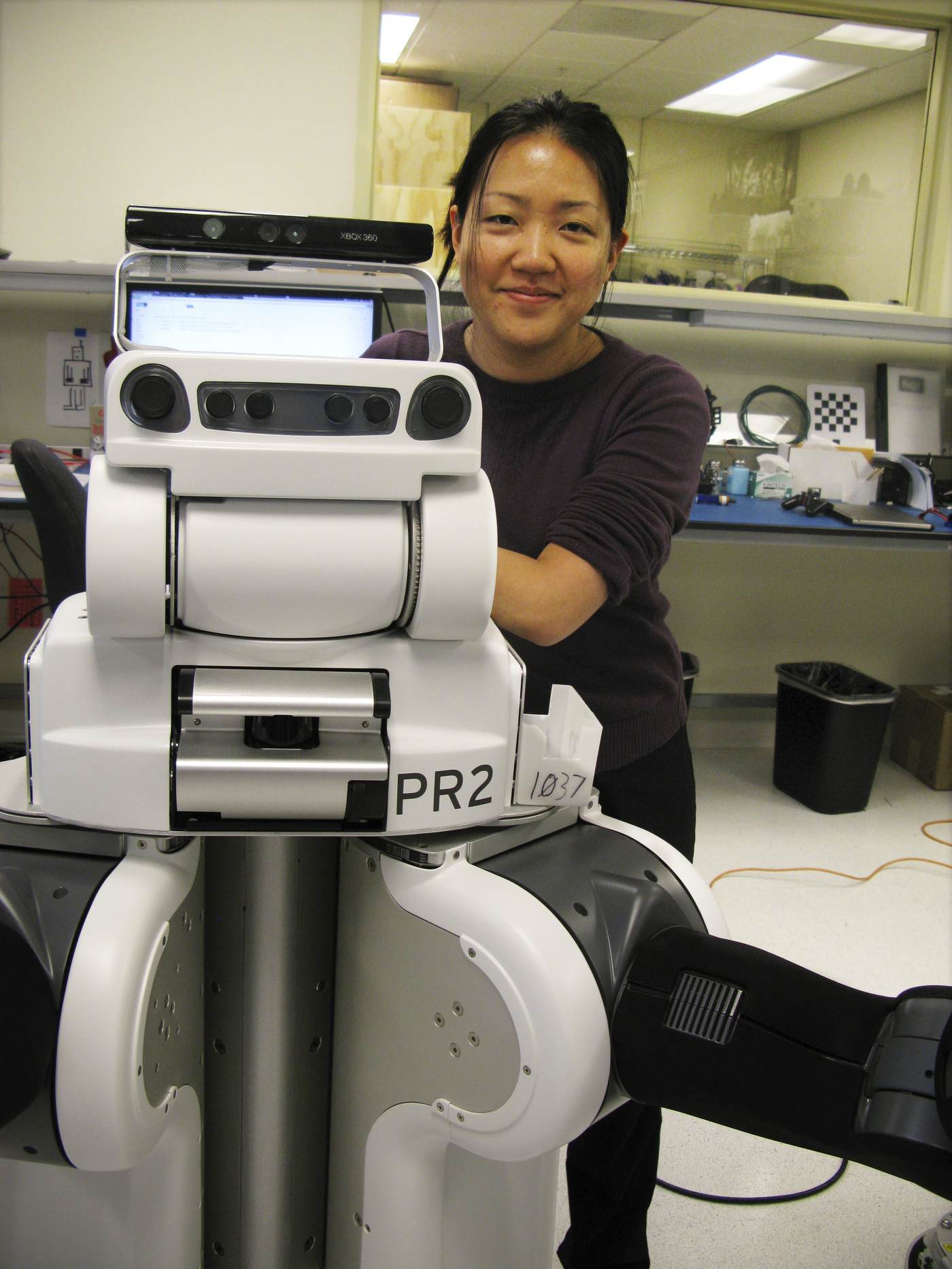 Willow Garage has given away 11 of these PR2 robots — each worth $400,000 — to research institutions. So far, the PR2 has been programmed to fold towels, help elderly and disabled people with home care, and even fetch a beer.

The Key To 'Jetsons'-Style Living?

There's still a ways to go before these robots join your household. During a recent visit at Willow Garage, 40 minutes passed before human handlers pulled the plug on an attempt by Jake the robot to open a refrigerator and grab a bottle of juice. A laundry-folding robot programmed by designers at UC Berkeley in 2010 took almost half an hour to fold one towel; the research team figured out how to streamline the task a year later to under six minutes.

Still, Willow Garage's PR2 may hold the key to making Jetsons-style robots — your own "Rosey," also known as "Rosie," the robot maid, to clean up your messes at home — a reality.

In robotics jargon, the PR2 is a robot platform for experimentation and innovation. In other words, it's a vessel for developing new applications with open-source software that's free for anyone to use, improve and share. 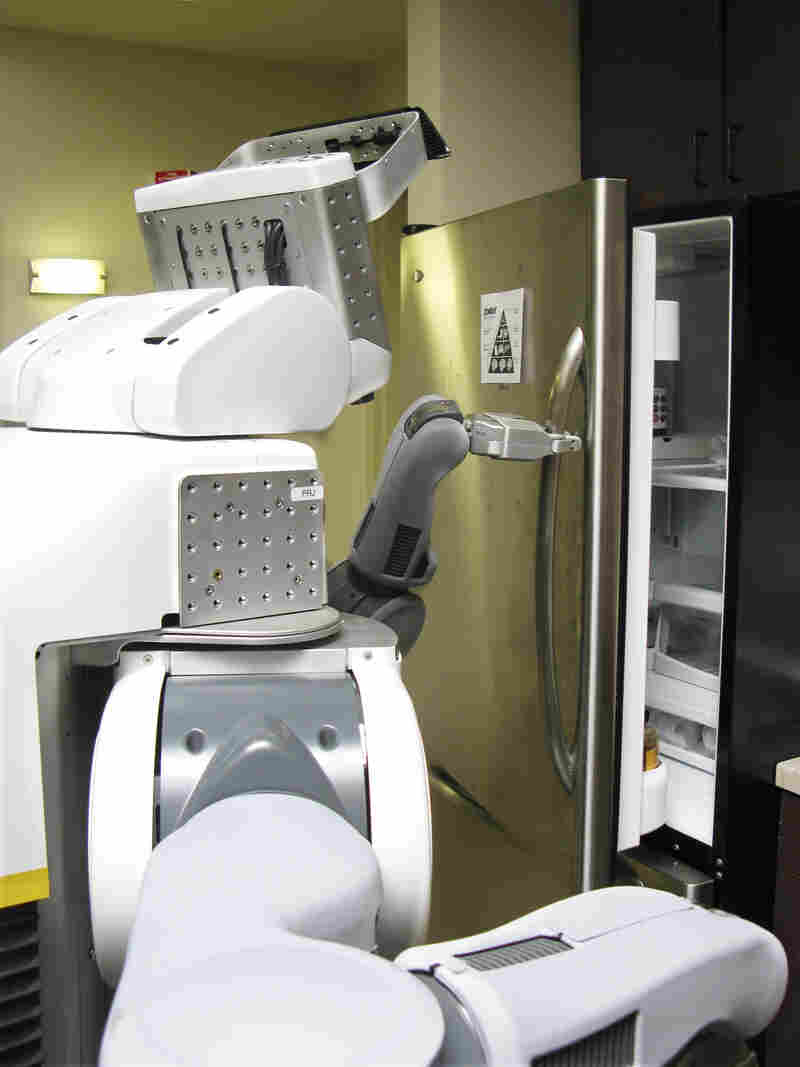 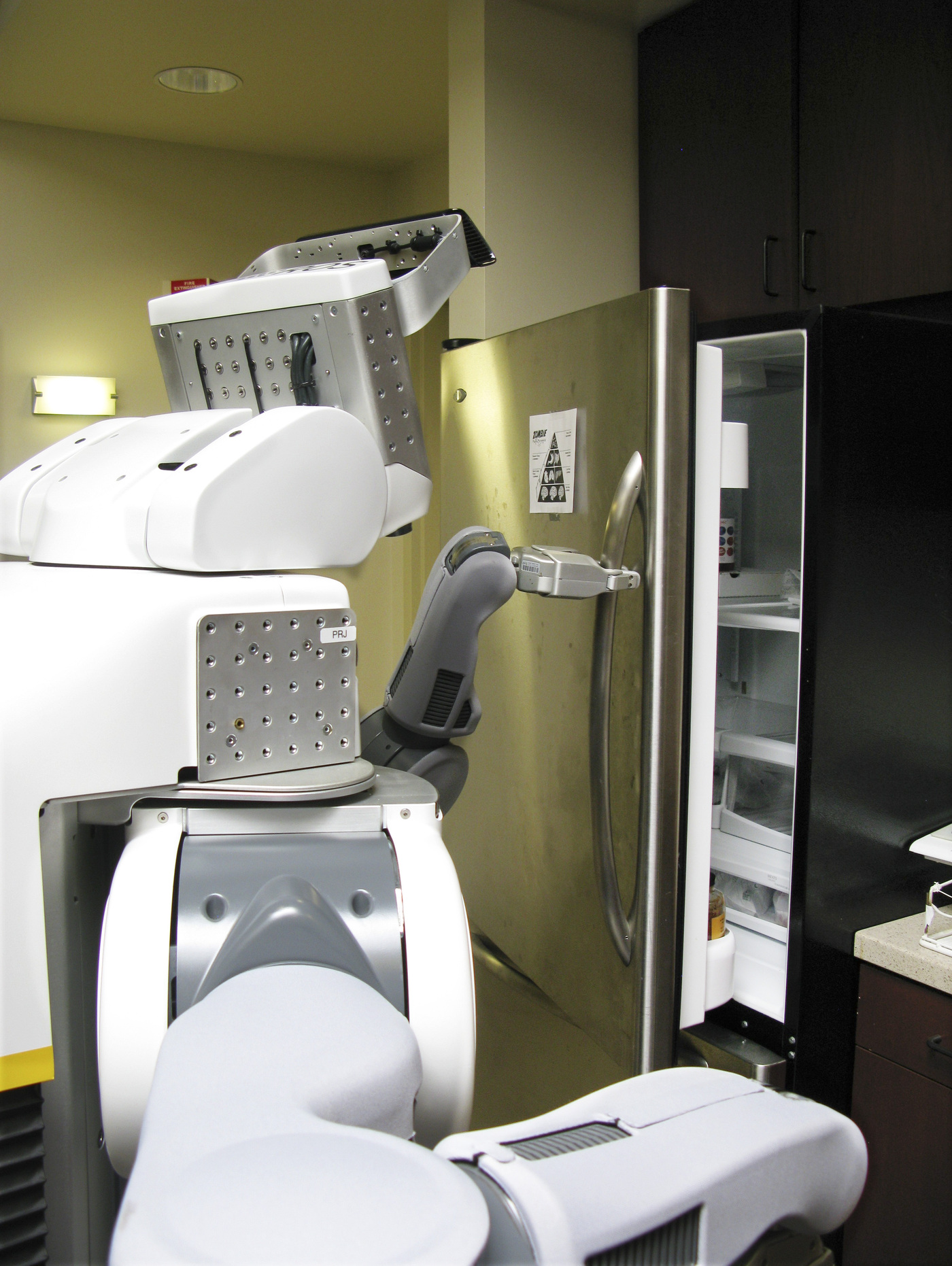 Big advances in robotics won't come if people are starting from square one every time. But when roboticists write programming code for the PR2, the code can be reused on other robots running on the same open-source operating system.

Researchers at Willow Garage are also working on how to make robots more human-friendly. Leila Takayama, 31, a research scientist with a background in psychology, specializes in human-robot interaction at the company. She has teamed up with an animator and a sound designer at Pixar Animation Studios to come up with gestures and emotive beeps and whirrs to make the PR2 robots more humanoid.

When PR2 was still in the design phase at Willow Garage, Takayama remembers differing with some of her colleagues on how the robot should look.

"A lot of the perception research folks wanted as many cameras as we could put on the head, because then we get lots and lots of data," she recalls. So the PR2's original design had a pile of cameras stacked high on top of the robot's head, which, to Takayama, resembled a 500-pound tarantula.

"If you have a person who's not a roboticist interacting with a robot that looks like a gigantic tarantula, that's a problem," she says. "They're never going to get anywhere near it."

More Hurdles And The 'Neighbor Test'

One day, Takayama hopes, robots will become "unremarkable" in society. "[I hope] they're just so useful, just so faded into the background that we don't notice that they're there all the time," she says.

But first, the personal robotics industry will have to continue research in how to make robots safe to work alongside humans and to adapt to different household environments.

There's also the "neighbor test." Sooner or later, Calo predicts, your neighbor will see a big box with a robot inside delivered to your doorstep.

Once you pass this neighborly skepticism, Calo says, robots will become the next mobile phone that everyone wants because of their potential practical applications.