Accessibility links
Lights, Camera, YouTube: Online Star LisaNova Creates A New Kind Of Studio : All Tech Considered When Lisa Donovan (aka LisaNova) started making a living off her homemade YouTube videos, she and her fiance knew they'd hit something big. They founded Maker Studios to help other YouTubers hone their content. Today, their company and others like it are turning the entertainment industry model on its head. 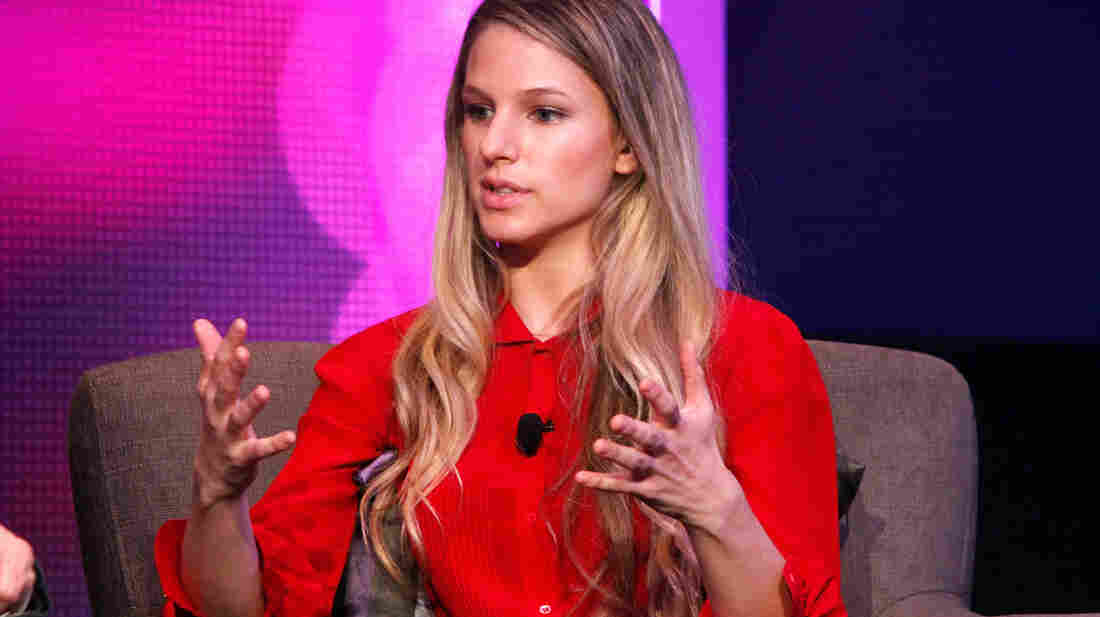 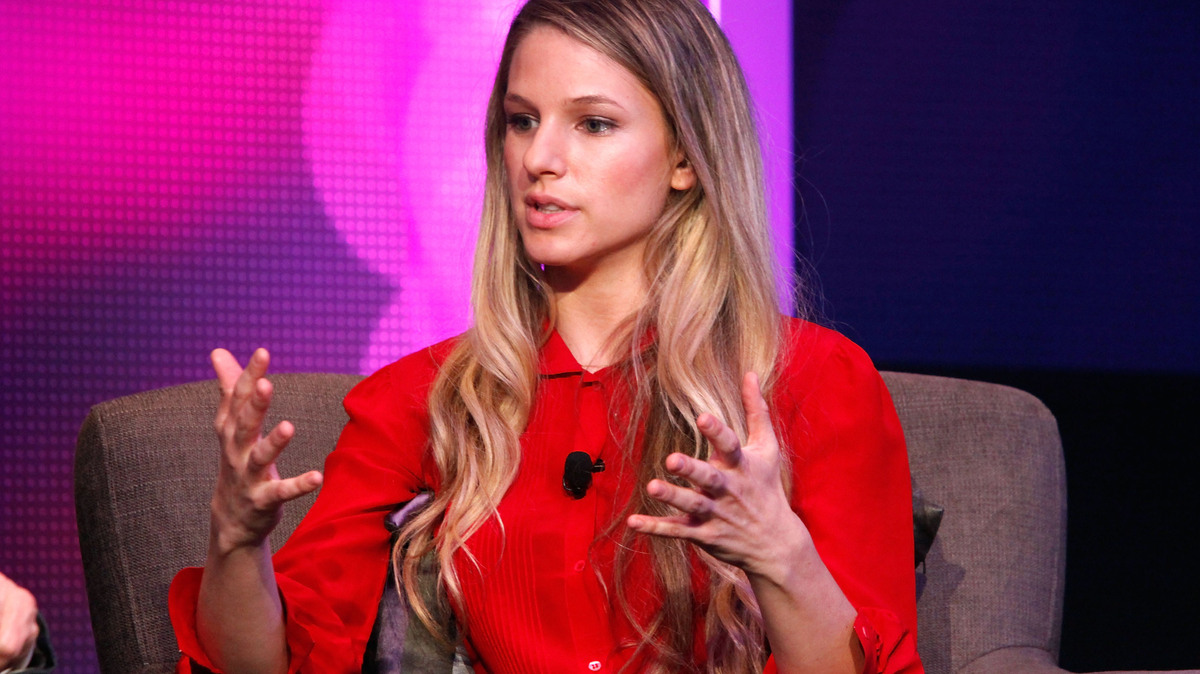 Lisa Donovan (aka LisaNova) co-founded Maker Studios with her fiance, Dan Zappin, after she started making a living off her YouTube videos.

Over the past year, YouTube has spent tens of millions of dollars to commission professionals to make content for the site — but those pros aren't necessarily coming from traditional TV and film studios.

Consider Lisa Donovan's story: Years ago, she started shooting pop culture spoof videos in her Los Angeles apartment and posting them to YouTube under her alter ego, LisaNova. Her videos were viewed millions of times — enough for her to start making a living from ads on them. She even received offers to appear on television shows like Ellen.

Her fiance, Dan Zappin, shot a lot of her videos. "We figured there [are] probably dozens and hundreds and maybe thousands of other content creators like us that, if they had kind of a central infrastructure for production and cross-promotion, that could be a business that could scale and grow," he says.

So in 2009, Zappin and Donovan co-founded Maker Studios, which develops content specifically for the Internet. Today, it's an umbrella for 600 YouTube channels, employs about 260 people and covers 30,000 square feet of studio and office space in Culver City, Calif.

In television, if a show isn't making it after a few episodes, the network kills it. But Zappin says Maker helps artists figure out how to use viewer comments and likes to improve their content.

"Sometimes it takes a year or two before someone finally gets that right format and they blow up," he says. "I know even Ray William Johnson, who's the No. 1 subscribed channel on YouTube, went for probably over a year or so before he really found his format, fine-tuned it and then it really took off."

Johnson and others benefit from having access to the professional help the studio provides. Maker just moved into a new facility made possible by an influx of venture capital and a commission from YouTube to develop content for three channels. It offers its talent costumes, props, sets, editing booths, quiet studios and an animation department, which is meant to help Maker artists reach new audiences. So when Johnson wanted to try something new — he'd been doing comedic reviews on a successful channel (careful, this link contains videos with explicit content) — the studio was there to help.

The result is a series called "Your Favorite Martian" (here's another link with explicit content). Maker Studios animates videos of Johnson's darkly humorous songs, some of which have been viewed more than 8 million times. Not too bad considering that, animated or not, Johnson usually gets at least a million views per video.

In A Small Corner Of YouTube, A Web Star Is Born

Though Maker Studios' production center isn't as plush as the big TV and film studios, it is starting to siphon off some talent. Animation chief Phillips, for instance, used to be a staff writer for programs like South Park and Father of the Pride.

"I loved being a comedy writer in television," he says. "It's great, but it's also really structured. You can spend a year in a conference room with people that are very funny. But that's a long cocktail party. Here, it's ideas in the morning, content in the evening. Pass. Fail. Either people watched it or they don't."

Allen Weiner, an analyst with the technology research firm Gartner, says Maker is actually part of an increasingly crowded field of companies creating content for the Internet.

"There's competition for the higher-quality creators. You've got Yahoo with their contributor network; you've got Demand; you've got Examiner.com," Weiner says. "You have a number of places as an individual video creator [where] you can distribute your video."

And the audience for these videos is only going to grow. Many new TVs ship with a connection to the Internet. But Weiner says in a world with endless channels, it's going to be hard to get the attention of an audience.

"It's going to be pretty complex. This new kind of TV industrial complex ... will emerge where you've got the NBC/Comcast/Universals butting heads against some really talented guy who just graduated NYU film school," he says.

But that kid from NYU is going need more than talent; he's also going to need money and promotion to help get an audience. The founders of Maker Studios hope their model will give him — and lots of others like him — the chance to be discovered as a whole new entertainment industry emerges online.

In previous versions of this story, Lisa Donovan and Dan Zappin were referred to as married; they're actually engaged.