Accessibility links
New Online Users Have A Longer Timeline : All Tech Considered For the first time, more than half of adults 65 and older are using the Internet. Pew Center data shows that trend really picked up in the past year, particularly with help from offline outreach to senior citizens. Besides, few grandparents can resist a wall full of family pictures. 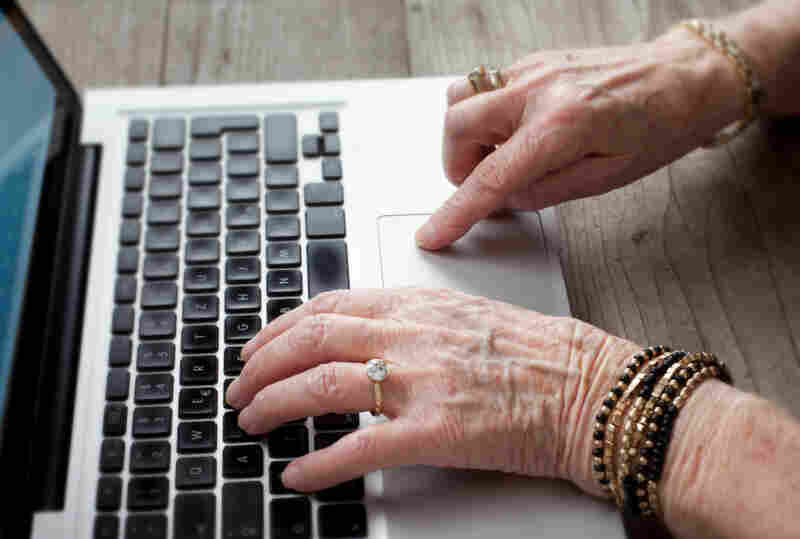 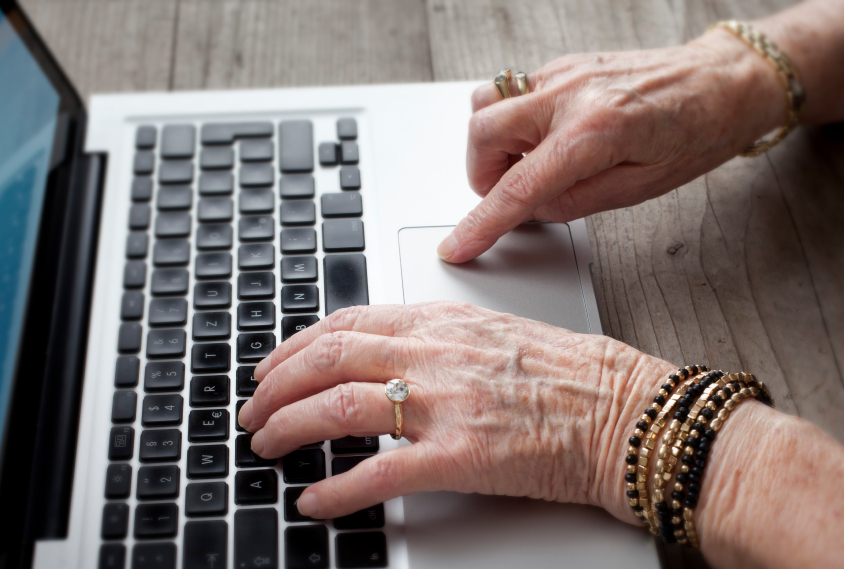 More older adults are using the Internet, thanks in part to introductory classes offered offline.

Facebook started as a social network for college students. But now that anyone can join, here's a status update: Many of its newest members are senior citizens.

At 101 years old, Florence Detlor is one of the oldest people on Facebook. She says she's always been someone who wants to keep up on the cutting edge of technology.

"Because that's what makes one time different from another," she says.

When Detlor was born, in 1911, the telephone was a futuristic, fringe technology. These days, she reads novels on her Kindle and updates her Facebook timeline on her third computer. She's an exceptional person — but not as exceptional as you might think.

More Than Half Of Seniors Are Online

"For the first time, half of adults 65 and older are online," says Mary Madden, a researcher at the Pew Center's Internet and American Life Project.

That's up from just 14 percent in 2000, when the project started. She says the number of seniors online has really taken off in the past year, and the biggest driver is happening offline, in outreach. That outreach includes classes like the one librarian Josh Soule teaches.

Soule's "Facebook for Seniors" class is usually full, with students who have never used the website before. Henriette Bard doesn't even own a computer.

"I made a big mistake in my life when I should have learned about computers years ago, when my husband was alive," she says. "I didn't, and now I started at 92, just started to learn how to use a computer."

Most of the hourlong class is spent limiting the amount of personal information that's shared on the site. Sharing too much makes these seniors nervous; they're used to socializing one-on-one.

She learns that it's more complicated than that: Even with privacy settings, most of the action on Facebook is out in front of all of your friends at once. That makes seniors like Tina Santorineou uncomfortable.

"You miss the personal touch, you know," she says. "You don't connect with this person, you connect with everybody. But I don't want to do that."

"If you go to her wall, you can see thousands of — or I don't know how many — pictures she has. It's amazing," Santorineou says.

Grandkids — and their pictures — are a magnet for seniors, pulling them into a new social space at a time when most of them are socializing less.

"People actually narrow down their social networks as they grow older," says Shyam Sundar, professor of communications at Penn State.

Sundar thinks websites like Facebook can help seniors fight that isolation. He compares the sites to an ongoing Thanksgiving dinner. However, that only works for people who already have friends and family to fill the seats at the table — people like Detlor, the 101-year-old.

"Family is there, friends are there. I think maybe more friends than family," she says.

In the past couple of months, she's added more than 200 new Facebook friends.